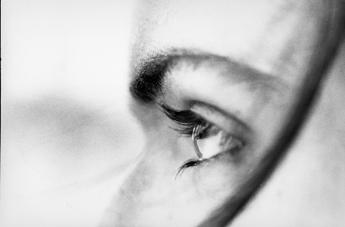 In two international pivotal studies in age-related neovascular (exudative) macular degeneration (nAmd) and diabetic macular edema (Dme), aflibercept 8 mg meets the primary endpoints of non-inferiority (improvements in visual acuity – Bcva, Best corrected visual acuity) versus aflibercept 2mg at 48 weeks. In particular, 77% of patients with nAmd and 89% of patients with AMD maintained, in the first year, intervals between dosing equal to 16 weeks with only 5 injections of the drug, an anti-Vegf that inhibits the formation of new blood vessels. This was announced in a note by Bayer Ag, the manufacturer of the drug. The phase 3 Pulsar study in nAmd and the phase 2/3 Photon study in Dme – explains the company – evaluated the non-inferiority in terms of visual acuity of aflibercept 8 mg administered every 12 or 16 weeks compared to aflibercept 2 mg administered every 8 weeks, after 3 initial monthly doses. In the two studies, the safety of aflibercept 8 mg was consistent with the established profile of aflibercept 2 mg. Bayer will submit the data to regulatory authorities outside the United States. “The results of these studies suggest that the best therapeutic benefit for our patients can be obtained with only 3 injections per year, after the first attack phase – says Francesco Bandello, director of the Department of Ophthalmology of the Vita-Salute University. Irccs San Raffaele in Milan – This is a great advantage in terms of quality of life for our patients and commitment to the healthcare facilities that assist them. Adherence to therapy would certainly also be improved “. “These data are extremely important – comments Federico Ricci, associate professor of ophthalmology at the Tor Vergata University, Experimental Medicine Department in Rome – as the new formulation significantly reduces the impact of therapy not only for patients and their caregivers. , but also for the structures that provide the therapy. This peculiarity of aflibercept 8 mg should be appropriately enhanced, because it is currently anachronistic, as well as conceptually wrong – he specifies – to compare anti-Vegf only in relation to their effectiveness without considering their efficiency ( efficacy in relation to the number of doses required) “. Adds Stanislao Rizzo, director of the Ophthalmology Complex Operating Unit of the Gemelli Polyclinic in Rome: “Over the last few years we have extensively used aflibercept 2 mg, which has proved to be an effective and safe drug in clinical practice. The results of the studies on the formulation aflibercept 8 mg, in which we participated as coordinating center for Pulsar in Italy, show how a larger percentage of patients will benefit from the reduction in the number of administrations “. The two pivotal, double-blind clinical trials, Pulsar (1,009 patients) in the nAmd and Photon (658) in the Dme evaluated the efficacy and safety of aflibercept 8 mg compared to aflibercept 2 mg. At 48 weeks, both studies met the primary endpoints of non-inferiority of aflibercept 8 mg compared to aflibercept 2 mg. In detail: with aflibercept 8 mg every 16 weeks, 77% of patients with nAmd in Pulsar and 89% of patients with Dme in Photon maintained an interval between injections of 16 weeks, with an average of 5 injections in the first year; with aflibercept 8 mg every 12 weeks 79% of patients with nAmd in Pulsar and 91% of patients with Dme in Photon (n = 300) maintained an interval between injections of at least 12 weeks, with a mean of 6 injections in the first year; In the pooled analysis of the aflibercept 8 mg groups, 83% of patients with nAmd in Pulsar and 93% of patients with Dme in Pothon maintained an interval between injections of at least 12 weeks. aflibercept 8 mg was similar to the established safety profile of the 2 mg dose in clinical practice and consistent with the safety of the latter observed in previous clinical studies. When comparing aflibercept 8 mg with 2 mg, the rates of serious ocular adverse events were 1.6% versus 0.6% in Pulsar and 0.6% versus 0.6% in Photon. The intraocular inflammation rates for aflibercept 8 mg versus 2 mg were 0.7% versus 0.6% in Pulsar and 0.8% versus 0.6% in Photon. There were no clinically relevant differences in intraocular pressure between the treatment groups. In both studies, there were no cases of retinal vasculitis, nor did any new safety evidence emerge. “These data mark the beginning of a new era for maculopathic patients: compared to currently available therapies, aflibercept 8 mg l ‘ long duration of the interval between administrations will allow to significantly reduce the impact of treatment in most patients – says Francesca Russo, Bayer Italy country medical director – All this while maintaining the improvement of visual acuity and the safety profile of one’s own of aflibercept 2 mg “. Detailed data on the efficacy and safety of Photon and Pulsar will be presented at the upcoming congresses Aflibercept 8 mg and 2 mg is developed by the German Bayer together with the American Regeneron, which holds the exclusive rights in the United States. Bayer has licensed exclusive marketing rights outside of the US, where the companies equally share profits from sales of aflibercept 2 mg. Aflibercept 8 mg is being tested and its safety and efficacy have not yet been evaluated by any regulatory authority. of vision in just 3 months: it is a leading cause of irreversible blindness and reduced vision worldwide, and affects people as they age. This pathology occurs when abnormal blood vessels proliferate under the macula, the part of the eye that allows clear central vision, losing fluid. This fluid can damage and scar the macula, causing loss of vision. Worldwide 196 million people are affected by AMD and this figure is expected to rise to 288 million by 2040. AMD is a common complication in the eyes of people with diabetes. The condition occurs when high blood sugar levels damage the blood vessels of the eye, which release fluid into the macula. This can lead to vision loss and, in some cases, blindness. Currently, 146 million people worldwide suffer from diabetic retinopathy, a disease that can develop into DME, a more serious condition.

1 thought on “Maculopathies, studies confirm the effectiveness of 5 injections a year with anti-Vegf”