‘Promised Land’, on Saturday the presentation in Palermo 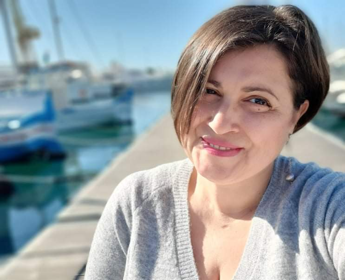 The book ‘Promised Land’ will be presented on Saturday 5 June, at 5.30 pm, in the atrium of Palazzo delle Aquile, seat of the Municipality of Palermo. Stories of Civilization and Migrations’, written by Giorgia Butera and Tiziana Ciavardini. The preface is by the journalist Nello Scavo, with a contribution from Emergency (Castelvecchi Editore). Speakers, together with Giorgia Butera, the Mayor of Palermo Leoluca Orlando, the Lawyer and Honorary Consul of Ghana for Sicily and Calabria Francesco Campagna, the President of the NGO Academy of Applied Psychology Nicolay Catania and the Cultural Mediator Ousman Drammeh. The event is moderated by the journalist Elvira Terranova (Adnkronos). Promised Land ”is a text that deals with a forgotten humanity. Through personal stories and experiences, the goal is to shake consciences and to sensitize the media, institutions and all men and women of conscience so that the saving of lives at sea and an adequate and decent life is guaranteed to every living being. Talking about migratory flows means “telling fears and uncertainties of the journeys of hope, people with a face, a voice, a story, but also measuring the political and social dimensions of an unprecedented phenomenon. Giorgia Butera and Tiziana Ciavardini listen to them from all points of view: institutions, courts, NGOs, the media, but also public opinion on social networks – where migration is one of the most discussed and divisive issues “.

Baglioni: “The music starts again, I would like to end with a flourish and play the final gong”

One thought on “‘Promised Land’, on Saturday the presentation in Palermo”