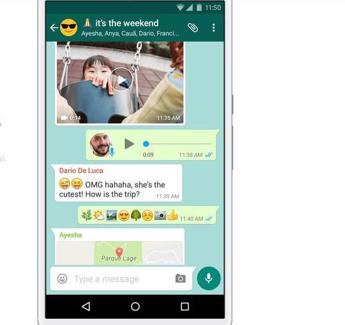 Podcasts didn’t take a break during the pandemic. The decrease in travel did not lead to a decrease in this audio listening system which was mainly associated with ease of use while traveling or during a movement. Podcast downloads initially fell 10% but the rebound was so powerful – eMarketer had to revise its 2020 estimate from a 1% drop in poadcasting to an 8.3% growth for about a year. hour and a half a day – to have spawned a new era of social audio. To the point that everyone has had to move in this direction to maintain control over Internet experiences: The Clubhouse phenomenon is as notorious as the recent responses from social giants like Twitter, Spotify talk back and Facebook which announced a similar Facebook Live Audio Rooms. Not forgetting Discord which claims to have around 150 million monthly active users, up from 56 million at the end of 2019. The app allows people to create rooms – be it the revisiting of a university dorm room, a library , a restaurant or an auditorium – in a virtual environment. Discord users today still experiment in small groups of friends but the company sees significant potential in meeting the needs of larger communities on topics of interest. Discord, meanwhile, has raised nearly $ 500 million from investors including Sony Interactive Entertainment, Tencent, Index Ventures and Reid Hoffman’s Greylock. People listen while they cook, clean, exercise. Because there are many more occasions in which we can listen or even participate in a conversation than we have to keep our eyes glued to a video. Not to mention the fatigue. ZEF, Zoom Exhaustion and Fatigue is the name of a scale that a group of researchers from Stanford University and the University of Gothenburg devised to study a phenomenon called Zoom fatigue. And the scale, in the last year, reveals a very high index of fatigue, especially among women: a general but also social fatigue with the need to be alone, emotional and motivational, such as to generate a loss of interest in activities . It is the mirror effect: when you look in your personal box, how you are seen and perceived by others in a video chat and this generates, in the long run, stress. As long as they are interesting. Otherwise, the attention threshold reaches its maximum at the fateful minute. When you open Whatsapp and see an audio message of two or three minutes, you are immediately distressed. That’s why the app with the latest update allows you to listen to voice messages in half the time. Just click the play button and a new button appears that allows you to choose the playback speed of the audio. Which can be heard at normal speed (1x), slightly faster (1.5x) or lightning-fast (2x).

1 thought on “From the Zoom effect to Whatsapp fast audios”