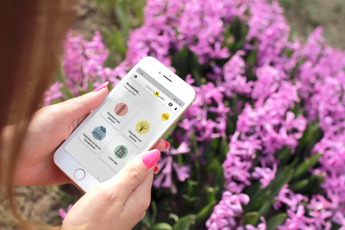 An app to learn about the types of mosquitoes that we will see arriving, punctual and numerous, with the arrival of the warm months, but above all to help fight their infestations. All with a simple photograph of the insect to be sent via the MosquitoAlert application to the Task Force which brought together experts from the Sapienza University of Rome and the University of Bologna, the Istituto Superiore di Sanità, the Experimental Zooprophylactic Institute of Venice and the Muse of Trento. Already used in Spain, the app has made it possible to collect thousands of photographs validated in real time by expert entomologists and used to track the invasion by any new species, to identify the most infested regions and areas and direct control interventions. . This year MosquitoAlert is also available in Italy and at the same time in other 20 countries thanks to the European project Aim-CostT coordinated by Professor Alessandra della Torre of the Sapienza University of Rome. The MosquitoAlert Italia Task Force promotes the initiative in our country, undoubtedly one of the most infested in Europe, where mosquitoes not only represent a source of annoyance (often high), but can transmit viruses capable of causing serious human pathologies such as the West Nile virus, or the tropical ones of Chikungunya or Dengue. “We ask citizens to download the MosquitoAlert app for free on their phones and to remember, whenever they spot or manage to catch a mosquito even after hitting it in self-defense, to send a photograph of it through the same app” explains Beniamino Caputo, researcher of the Sapienza and coordinator of MosquitoAlert Italia. “The app – adds Caputo – also allows you to send simple reports of bites or report the presence of stagnant water collections where mosquitoes can develop and also provides an address to which the entire specimen can be sent. users will be able to know the species that bothers them and find out about the related health risks and have access to a map of the different species present on their territory “. Spring is the period of prevention, i.e. in which to intervene with treatments in public and private areas (gardens, vegetable gardens, terraces), to remove, with suitable products, or make all those small or large water collections inaccessible to mosquitoes. in which they could lay eggs and in which larvae can develop. But how to understand where to direct pest control to target the most dangerous species? This year there is an additional tool that requires the active collaboration of all citizens to collect data on different species of mosquitoes, including invasive ones such as the tiger mosquito and other species of Asian origin. MosquitoAlert is a participatory science project (citizen science), as by now there are several that thanks to the help of citizens allow you to collect invaluable information on biodiversity, invasive species, plastic waste, air and water quality , on noise and light pollution. Mosquitoes may attract less attention than a beautiful flower or butterfly, however they are not only a major nuisance for many, but also a public health risk due to the viruses they transmit with their bites. Now, researchers are asking citizens to help them get to know them and fight them better. The Mosquito Alert Italia Task Force offers technical and scientific support in the management of this platform, contributing to the rapid validation of the material sent via MosquitoAlert and to the recognition of the mosquito species represented in the images. For this reason, underlines Francesco Severini, a researcher at the Istituto Superiore di Sanità who has always been involved in research and activities that protect the health of citizens, “the quality of the photos sent is of fundamental importance for an accurate and valid identification. the possibility of sending the photographed specimen to the reference laboratories will also make it possible to identify specimens that are difficult to recognize without a microscope or because they are partially damaged “.