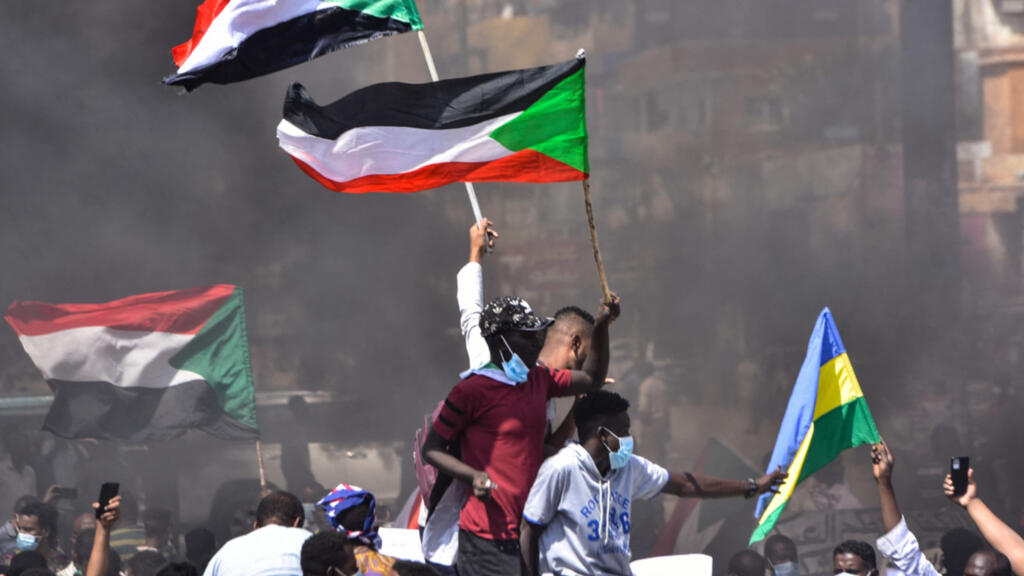 After weeks of tension between civil and military authorities, arrests of leaders took place early Monday in Sudan by unidentified gunmen. Internet access was cut across the country and demonstrations were taking place in the streets of the capital, Khartoum, to protest the arrests.

The internet was cut across the country, AFP journalists noted, as demonstrators gathered in the streets of Khartoum to protest the arrests.

The events come just two days after a Sudanese faction calling for a transfer of power to civilian rule warned of a “rampant coup,” at a press conference that crowds of people did not identified had sought to prevent.

Tensions between civilians and soldiers

Since the ousting of President Omar al-Bashir in April 2019, Sudan has experienced a precarious transition marred by political divisions and power struggles. Since August 2019, the country has been ruled by an administration made up of civilians and soldiers responsible for overseeing the transition to a fully civilian regime.

The main civilian bloc – the Forces for Freedom and Change (FFC) – which led the anti-Bashir protests in 2019, has split into two opposing factions.

“The current crisis is artificial – and takes the form of a creeping coup,” FFC leader Yasser Arman told Saturday’s press conference in Khartoum.

“We renew our confidence in the government, Prime Minister Abdallah Hamdok, and in the reform of the transitional institutions, but without order or imposition,” he added.

Tensions between the two sides have existed for a long time, but divisions have escalated after the failed coup on September 21. Last week, tens of thousands of Sudanese marched through several cities in support of the full transfer of power to civilians, and to counter a rival multi-day sit-in outside the presidential palace in the capital Khartoum, which demanded a return to the “military regime”.

“Most serious and dangerous” crisis

Yasser Hamdok has previously described the divisions within the transitional government as the “most serious and dangerous crisis” facing the transition.

On Saturday, he denied rumors that he had accepted a cabinet reshuffle, calling them “not accurate”. The Prime Minister also “underlined that he did not monopolize the right to decide the fate of the transitional institutions”.

Also on Saturday, the United States’ special envoy for the Horn of Africa, Jeffrey Feltman, jointly met with Yasser Hamdok, the chairman of the ruling body of Sudan, General Abdel Fattah al-Burhan, and the paramilitary commander. Mohamed Hamdan Daglo.

Analysts say recent mass protests show strong support for a civilian-led democracy, but street protests may have little impact on powerful factions pushing for a return to military rule

Only vaccinated employees, tested or covide can enter the workplace from today – TVNOVINY.sk