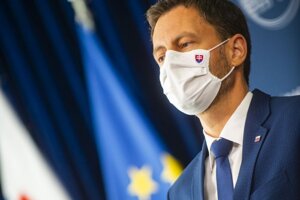 Russia claims to deliver all the promised deliveries and try more.

KIEV. Ukraine could send another 55 billion cubic meters (m3) of natural gas to Europe. This was stated by President Volodymyr Zelensky, who accused Moscow of managing the energy crisis in Europe.

Gas prices in Europe are reaching record highs as economies recover from a new pandemic coronavirus reopened and supplies of electricity from renewable sources are slowing down. Europe is thus in the throes of an energy crisis.

Critics in Western capitals blame Russia for rising prices. They say Moscow is not increasing gas supplies to force Europe to certify the recently completed Nord Stream 2 pipeline, which runs from Russia to Germany after the Baltic Sea Day.

The controversial pipeline bypasses Ukraine and its total annual capacity is 55 billion m3.

On Friday, Ukrainian President Zelensky accused Moscow of organizing a European energy crisis and called on Brussels to work with Kiev against Russia’s “gas aggression”.

“Ukraine has a lot to offer its European partners,” he told AFP.

“The existing capacity to pump gas through Ukraine is sufficient not only to normalize the current situation, but also to secure Europe against price shocks in the coming years,” the President of Ukraine added.

Russia: We will deliver everything and try more

During a visit to Athens, the Speaker of the Upper House of the Russian Parliament, Valentina Matviyenko, said on Friday that Russia would meet its current commitments on gas supplies to Europe, and would also try to provide additional volumes if necessary.

“Everything that Russia is obliged to deliver to Europe this winter and next year will probably be fully delivered. If we have the opportunity and further orders, we will try to secure additional gas supplies. I believe that this situation with an explosive wave of rising gas prices they will teach us a lot. “

Everything that Russia is obliged to deliver to Europe this winter and next year will probably be delivered in full. If we have the opportunity and further orders, we will try to secure additional gas supplies.

Valentina Matvijenková, Speaker of the Upper House of the Russian Parliament

Matvijenková added that there is no need to be afraid of energy dependence on Russia. “Prices have risen mainly for liquefied natural gas to be supplied to Europe by the United States, but has been diverted to other countries due to higher prices there. Russia will meet all its commitments.”

She emphasized that European energy policy was decided by the Union itself, not by Russia, and therefore could not influence it. She noted that Moscow can just express its opinion that it is probably too early to give up nuclear energy, which is safe, environmentally friendly and produces the cheapest electricity.

According to her, the so-called green agenda, but it should not be rushed, step by step should be taken once the individual problems have been resolved and eliminated. It is impossible to abandon coal, gas and oil, as new green energy technologies cannot provide Europe with all the energy it needs now or in the coming days.

Russian president Vladimir Putin At a meeting of the Valdai International Club this week, he announced that gas shortages in European countries could reach about 70 billion m3 this year, as only Russia is increasing supplies, while supplies from the US and the Middle East are declining.