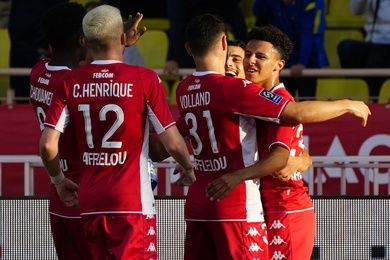 A week after its defeat against Lyon (0-2), AS Monaco got off to a good start against Montpellier (3-1) this Sunday on the 11th day of Ligue 1.

Volland and Diop have no doubts.

After their defeat against Lyon (0-2), AS Monaco reacted well and have just completed a great week.

Three days after their victory on the ground of PSV Eindhoven (2-1) Thursday in the Europa League, the Mongasques have had a good time by winning quite calmly against Montpellier (3-1) this Sunday on behalf of the 11th day of Ligue 1 ASM moved up to 8th place in the ranking.

ASM is off to a strong start

Far from being foamed after their match on Thursday, Niko Kovac’s men jostled the Hraultais who were forced to enter. Sharp and offering movement, the Mongasques very quickly forced Sambia and Omlin to save the furniture on a double occasion. On the other hand, the Swiss goalkeeper could only see the damage against Volland who took over a center from Caio Henrique point blank to open the scoring (1-0, 12th).

In the crowd, following a loss of ball from Cozza, the German made a superb cross from the outside of the foot which found the head pike of Ben Yedder for the goal of the break (2-0, 17th). Like a strike from Mavididi captured in two stages by Nbel, the MHSC suffered a little less then, but without being really threatening. However, Olivier Dall’Oglio’s men returned from the locker room with better intentions and Nbel made a decisive exit in front of Mavididi.

Montpellier wakes up … too late

But Martins drove home the point (3-0, 62nd) and inflicted a real blow on the head of the visitors. While we were closer to a new goal from Mongolia than to a reduction in the score, Pavlovic however mowed down Gioacchini and conceded an indisputable penalty converted by Savanier (3-1, 81st). This goal transcended the Hraultais who set out from then on to assault the princely goal. Despite several hot situations, the MHSC however failed to register this small goal that would have changed everything. Visitors may regret this too late awakening …

Although it quickly took the break, Monaco offered an enterprising and interesting face with a lot of forward play and movement. For a long time not at the level, Montpellier managed to revive the suspense at the end and we were rarely bored in the end.

– After a good comeback, Diop shifts Caio Henrique to the left. The side crosses the line taken by Volland who is ahead of Omlin point blank (1-0, 12th).

– Cozza tangles her brushes on the right and Volland grabs the ball. The German made a delicious cross from the outside of the foot which found at the far post the spiked head of Ben Yedder (2-0, 17th).

– Sakho against a strike from Caio Henrique in front of Omlin who dived. Martins arises and has only to resume by throwing himself at close range (3-0, 62nd).

– Upon receiving an opening from Savanier, Gioacchini is mowed down by Pavlovic entering the area. Penalty! Savanier transforms it into the left force of an Nbel who can only touch the ball (3-1, 81st).

In difficulty at the start of the season, the striker found a smile again this Sunday! Author of the opening of the scoring in fox surfaces, the German then sends a magnificent decisive pass to his friend Ben Yedder on a delicious outside of the foot. In the game, the Mongasque displayed good availability with constant generosity.

Alexander Nbel (5.5): a rather reassuring match on the part of the Mongolian goalkeeper, remaining vigilant on opposing strikes and author of an inspiring exit in front of Mavididi after returning from the locker room. He bowed on the penalty perfectly struck by Savanier.

Ruben Aguilar (6): a nice draft of energy from the right side who posted a large volume of play and regularly took the corridor despite his more axial position in the defensive phases.

Guillermo Maripn (6): first in difficulty at the start of the game and sometimes overtaken by Mavididi, the central defender then rectified the situation and made several important interventions. But the Chilean had taken a yellow card and Kovac did not wish to take risks with his defensive leader by taking him out at half-time. Replace the 46th minute with Axel Disasi (5), less sovereign and entered a period less controlled by its team.

Strahinja Pavlovic (3): less in sight than his defensive partners, the Serbian showed a certain feverishness and he ended up causing an indisputable penalty on a rather crude tackle.

Caio Henrique (7): with Volland, the left side has been the big guy of this success. The Brazilian posted an impressive volume of play and reigned supreme in his corridor, both defensively and offensively. Decisive passer on the opening of the scoring and the origin of the strike which leads to the 3rd goal of the ASM. Replace the 67th minute with Ismail Jakobs (not rated).

Gelson Martins (6): in legs, the right midfielder has regularly taken the best of Cozza. His overflows lead to the first occasions of the ASM then he marks surfaces in the second period. Replace the 75th minute with Youssouf Fofana (not rated).

Aurlien Tchouamni (6): facing the Hraultais for a long time not aggressive enough, the midfielder was able to play in a chair and let his quality be admired over the long game. A clean match.

Eliot Matazo (6): the midfielder has shown a lot of activity in the midfield battle. He imposed his power in the duels and brought out the balloons well.

Sofiane Diop (5): despite his good work on opening the scoring, Bleuet was the most discreet of ASM’s offensive players. The attacking midfielder has accompanied the actions well but he will have lacked that little extra to make the difference. Replace the 67th minute with Jean Lucas (not rated).

Wissam Ben Yedder (6): a good match from the striker who has regained his complicity with Volland as in the best hours of the season passes. Ltal, the Habs scored the second goal. Replace 74th minute with Myron Boadu (not rated).

Jonas Omlin (4): despite an important stop in front of Volland at the start of the game, the goalkeeper then lost three times. The Swiss are not directly responsible for the goals conceded but could have been more authoritative in their six meters.

Salomon Sambia (5): the right side was particularly valiant and he received many blows before resolving himself out on injury when Monaco scored its 3rd goal. Replace the 62nd minute with Arnaud Souquet (not rated).

Maxime Esteve (4): quite disappointing game from the central defender who did not always shine by his positioning and who is too passive on the opening of the scoring. He is also lobbed on the pass certainly came from elsewhere from Volland on the 2nd goal.

Mamadou Sakho (4.5): on the right path, the central defender tried to assume his role as leader. The former Parisian won important duels and took care of his raises. But he is not exempt from all reproach on the opening of the scoring and plays bad luck by insufficiently countering the ball on the 3rd goal.

Nicolas Cozza (2): a part to forget for the left side who had a nightmare against Martins and caused the second goal by losing the ball alone. Replace the 46th minute with Mihailo Ristic (5), who had a somewhat more peaceful evening.

Leo Leroy (5): author of some interesting recoveries and rather fair in his exits despite the opposing pressure, the midfielder left the break. Replace the 46th minute with Sepe Elye Wahi (5.5), quite striking offensively but which lacked aggressiveness on the defensive level, especially on the opposing third goal.

Joris Chotard (4): the midfielder was completely asphyxiated in the first period and was not brilliant by the accuracy of his choices.

Florent Mollet (4): another delicate match from the attacking midfielder who fought well but struggled to make the differences. He spent a good part of his game rling.

Tji Savanier (6): in difficulty for 45 minutes, too effaced and lacking in accuracy, the captain of the MHSC on the other hand delivered a full match in the second period, with passes that hurt and his long opening led to the penalty in favor of his team that he is responsible for transforming.

Stephy Mavididi (5): the attacker was one of the few Montpellier residents to manage to make differences and bring danger in the first period. He could also have gone alone on goal after returning from the locker room, but Nbel came out well. The former Dijonnais will have displayed a good activity but sin in the last gesture. Replace the 65th minute with Bni Makouana (not rated).

Valre Germain (4): a complicated match for the attacker, weaned from balls and who had a hard time existing, often running in the wind… Replaced the 65th minute by Nicholas Gioacchini (not rated), who gets the 3-1 penalty. 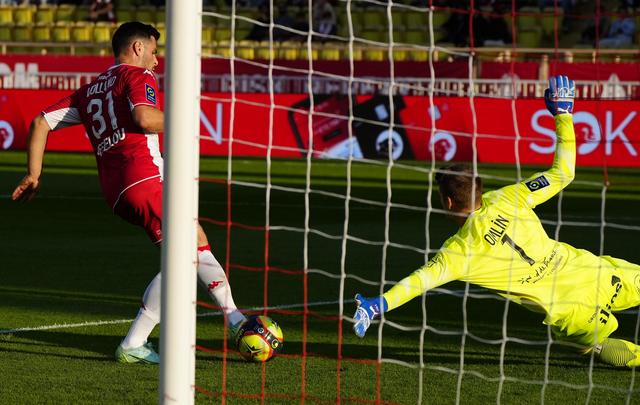 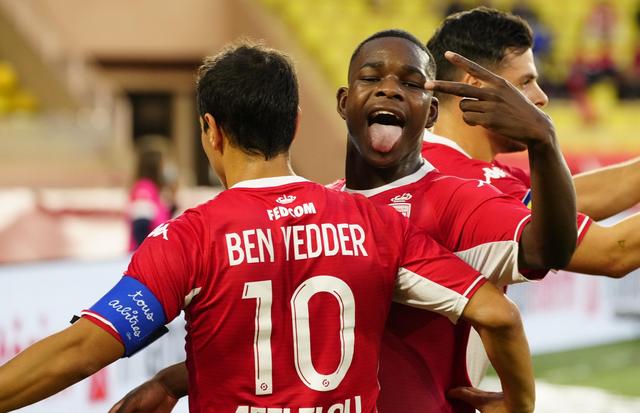 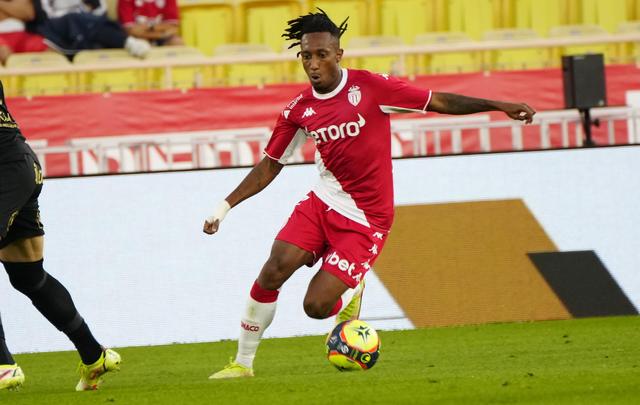 Savanier reduced the score from the penalty spot (3-1, 81st). 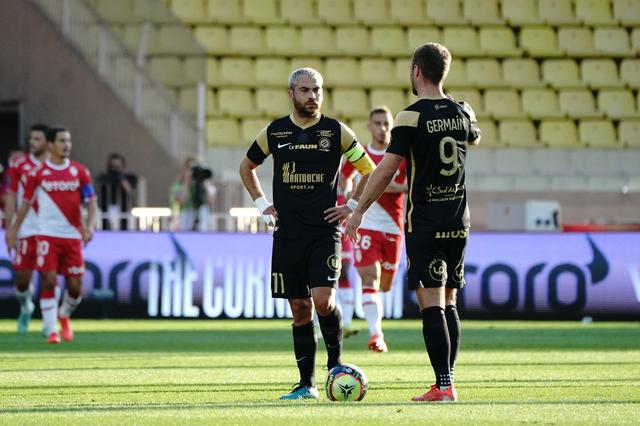 The joy of the Mongasques. 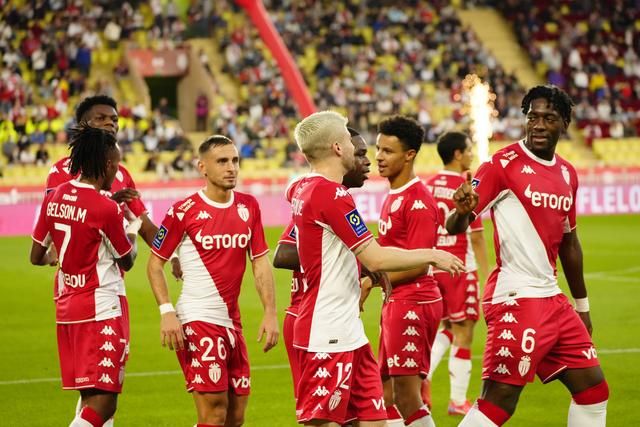