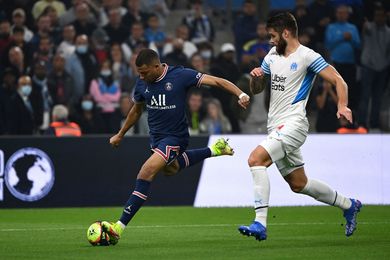 At the end of a generally disappointing meeting, Olympique de Marseille and Paris Saint-Germain did not manage to break away (0-0), this Sunday, at the end of the 11th day of Ligue 1. In numerical inferiority during more than half an hour, the club of the capital leaves the Vlodrome with a good point.

Mbapp was well contained by OM.

No winner between Olympique de Marseille and Paris Saint-Germain. Long awaited, the closing shock of the 11th day of Ligue 1 did not keep all its promises since the two teams parted with a goalless draw (0-0) this Sunday.

At first dominating then in numerical inferiority following the direct expulsion of Ashraf Hakimi, the formation of the capital managed to keep a point in a hot Vlodrome which was also colored over the game.

In an exceptional atmosphere, the Parisians were clearly not impressed. After a warning on a Milik’s head, the visitors thought to open the scoring on a goal against his camp of Peres but Neymar was signaled offside at the start of the action. Saved by the VAR, the Marseillais put more intensity and also found the fault. But on Milik’s goal, Lirola was in turn overtaken by the patrol.

Over the minutes, the meeting became tense, in particular because of projectiles thrown at the corners of Ile-de-France. Paris nevertheless obtained the best opportunities but Messi, Mbapp and Neymar stumbled in turn against an excellent Pau Lopez, vigilant in and out of his box. Luan Peres and Caleta-Car snapped up numerous times to counter PSG’s strikes and crosses, increasingly threatening before the break with a much more prominent Pulga.

Hakimi excluded, OM do not benefit

Problem for Paris, Marseille did not flinch when they returned from the locker room and took advantage of the spaces left by PSG. On a clear cons, nder was mowed down by Hakimi, sent directly to the locker room by Mr. Bastien. In numerical superiority, OM were logically more conqueror and passed very close to the opening of the scoring on a too crossed head of Rongier, just like De la Fuente, too imprecise on a recovery at the far post.

In the last quarter of an hour, Mauricio Pochettino logically closed the double door to avoid a bad surprise. Just like the match, the Vlodrome was slowly going out despite the last reminders from the supporters. A logical draw but ultimately disappointing for the two teams, who gave the impression of not wanting to accelerate in their good times. See you on April 17 for the return round at Parc des Princes.

An exceptional atmosphere. A game a little less interesting. Despite the little madness that surrounded the two rejected goals in the first half, the two teams never really managed to accelerate. A disappointing encounter overall when there was a lot of space in the defenses. A 0-0 in Ligue 1 this season is rare to be highlighted.

The central defender of OM was quite standard in this match. Very comfortable in short raises despite the pressure of the Parisian attackers, the player loaned by Arsenal has dyed Mbapp, Messi and Neymar, who have hardly ever managed to get around him. A very good performance for the Bleuet who sent Mikel Arteta a hell of a message.

Pau Lpez (7): a solid performance for the Spanish goalkeeper. He is decisive in the difficult period of his club by winning his duels against the three Parisian strikers. His kicking game was interesting since he was calm on his raises.

Duje Caleta-Car (7): in the closet in recent months, the Croatian central defender has obviously digested well. Indeed, the former Salzburg player was solid in the duels by not hesitating to tackle in sensitive areas. Almost a rookie at this level.

Luan Peres (5): a pretty bizarre match for the central defender. Saved by the VAR on his CSC, the Brazilian donated his body to many centers. However, he left a lot of space for the Parisian attackers, who had no trouble presenting themselves in his zone.

Valentin Rongier (6): the midfielder passed by Nantes wanted to show his coach that he could be hard on the man. He did it wonderfully by often playing the limit, especially in front of Di Maria. Conqueror, he almost found the flaw on a crosshead close to hitting the target before his release. Replace the 70th minute with Konrad De la Fuente (not rated), who was wiggling on his wing.

Boubacar Kamara (5.5): a decent match for Minot. He respected his role to the letter and made no frills. The versatile midfielder knew how to place himself in the right place, at the right time, to facilitate the recovery of his team. Replace the 70th minute with PapeGueye (not rated).

Pol Lirola (5): replaced on the right wing, the right side suffered some damage against Mendes. It was restless but generally irregular.

Cengiz nder (5.5): placed left, the Turkish winger was rather restless. His angry piercings put PSG in difficulty, and it was on one of them that he caused the direct expulsion of Hakimi. He nevertheless lacked lucidity on certain choices before his release. Replace the 78th minute with Gerson (not rated).

Matto Guendouzi (6.5): as expected, the player form Paris did not put on his jersey for nothing. His large volume of play allowed him to exercise constant pressure by systematically going to charcoal. He was in sight on his mounted ball to the foot to breathe the game. A quality match for him.

Dimitri Payet (5): a tone below expectations. As much the attacking midfielder was clean in his openings, including the one that caused the expulsion of Hakimi, he was much too imprecise on his many stopped kicks. It’s a shame for OM.

Arkadiusz Milik (4): the Polish attacker was bound to have few cartridges. He found the fault in the first period by taking over a cross from Lirola, signal offside. Subsequently, we hardly saw him since the Marseille offensives were often passed by the sides. Replace the 77th minute with Bamba Dieng (not rated).

Keilor Navas (5): preferred Donnarumma, the Costa Rican goalkeeper did not have a lot of work even though he was beaten on Milik’s goal, which was refused for offside. He was vigilant on the only strike against OM by Guendouzi.

Achraf Hakimi (3): the image of his last outings, the Moroccan right side is much less in verve offensively. Even more worrying, he left too many spaces behind his back and it is on one of his mounts that he commits the irreparable by mowing down the entrance to the surface. The first expulsion from his career.

Marquinhos (7): a quiet match for the Parisian captain. Apart from the action of the goal denied for Milik, the Brazilian central defender was hardly ever worried by being calm despite the numerical inferiority. Solid, as very often.

Presnel Kimpembe (6): correct. The French central defender has been in less trouble than in recent weeks. He was rather concentrated, despite a slightly more complicated end of the game with De la Fuente entering.

Nuno Mendes (5): the left side was overwhelmed at the start of the match, often being overtaken by Lirola. He was a bit more assertive in the second half, although much more is expected of him offensively.

Marco Verratti (5): a neutral half-time for the Italian midfielder, who only stood out with a nice bell pass for Neymar. He left shortly before the break, touched the hip after a Guendouzi tampon. Replace the 45th minute with Idrissa Gueye (5), who made any entry.

Danilo Pereira (6): the only Parisian midfielder to have held its rank. The Portuguese did not hesitate to exceed his duties by going to look for his opponents in the corridors to intimidate them. He didn’t blame himself tonight.

ngel Di Mara (4): the Argentine winger was first the most prominent Parisian player with quality openings to his partners in the attack. But he quickly erased himself by not supporting the very muscular physical challenge imposed by OM. Replace the 61st minute with Thilo Kehrer (not rated).

Lionel Messi (5): Parisian stars, the Argentine striker was probably the most active. He had two great chances in the first half but was once again very light for a player of his stature. This first goal in Ligue 1 is still pending for the six-fold Ballon d’Or …

Neymar (3): a rather worrying performance from the Brazilian striker. We thought he was going to offer an interesting score after a good first quarter of an hour, since he is the source of the best Parisian opportunities at the start of the match. We finally got a porridge from him, with a needy second act. We are very, very far from the great Neymar. Replace the 83rd minute with Georginio Wijnaldum (not rated).

Kylian Mbappe (4): the French world champion is, like his offensive partners, past. He tried a few acceleration in the left lane but he never managed to get around Saliba, who blocked him perfectly. A fairly average performance for him.

The tifos of OM fans 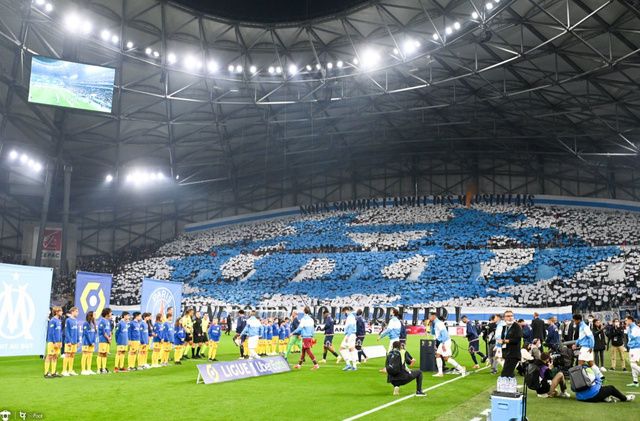 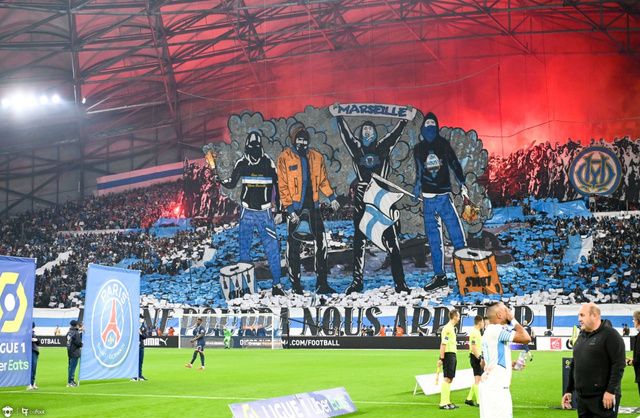 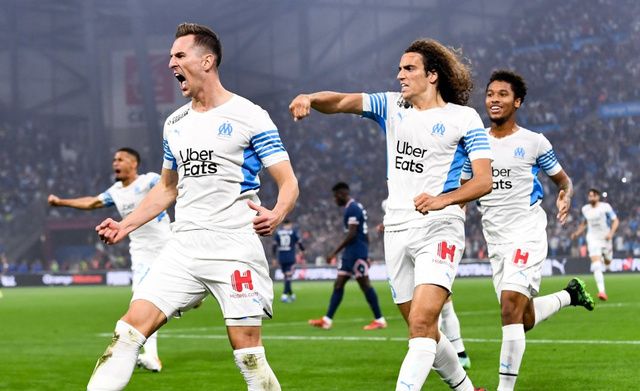 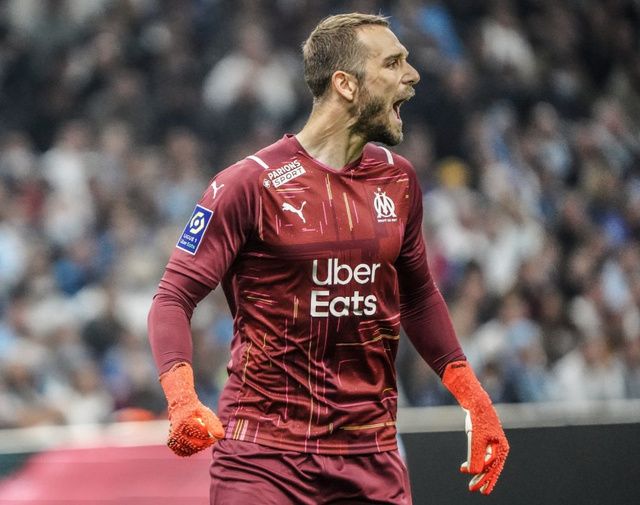 An OM fan challenged Messi in the middle of a match 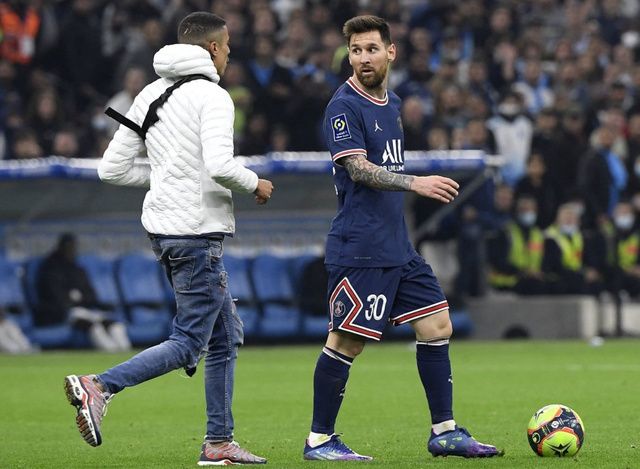