OM-PSG: incidents in front of the Vélodrome, a marshal injured by a projectile – RMC Sport 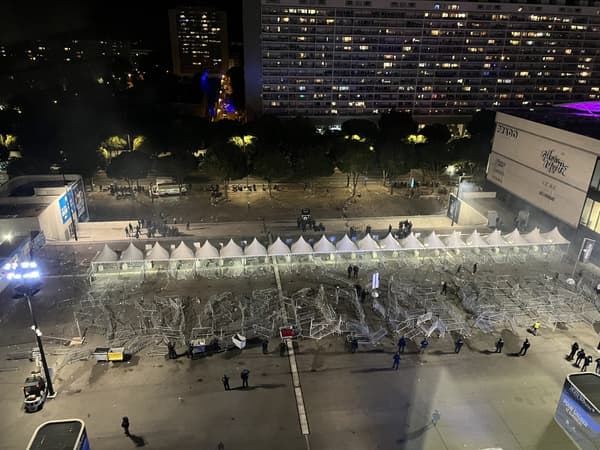 Incidents broke out near the Vélodrome this Sunday, on the sidelines of the Ligue 1 Classic between OM and PSG.

The Vélodrome was hot this Sunday, for the 101st Classic between OM and PSG, at the end of the 11th day of Ligue 1. A little too much. In addition to the smoke cracked en masse before the kickoff of the match in the stadium, while the supporters deployed tifos, incidents broke out in front of the Vélodrome.

Many barriers, positioned at the entrance to the stadium, were overturned. Many security forces were deployed on the square. Hundreds of people tried to force entry to access the Velodrome.

These incidents prompted an intervention by the CRS. During the push-back maneuver, tear gas was used and a commissioner was injured by a projectile being thrown in the face requiring his transport to hospital.

A.Bo with F. Germain and N. Pelletier in Marseille

One thought on “OM-PSG: incidents in front of the Vélodrome, a marshal injured by a projectile – RMC Sport”