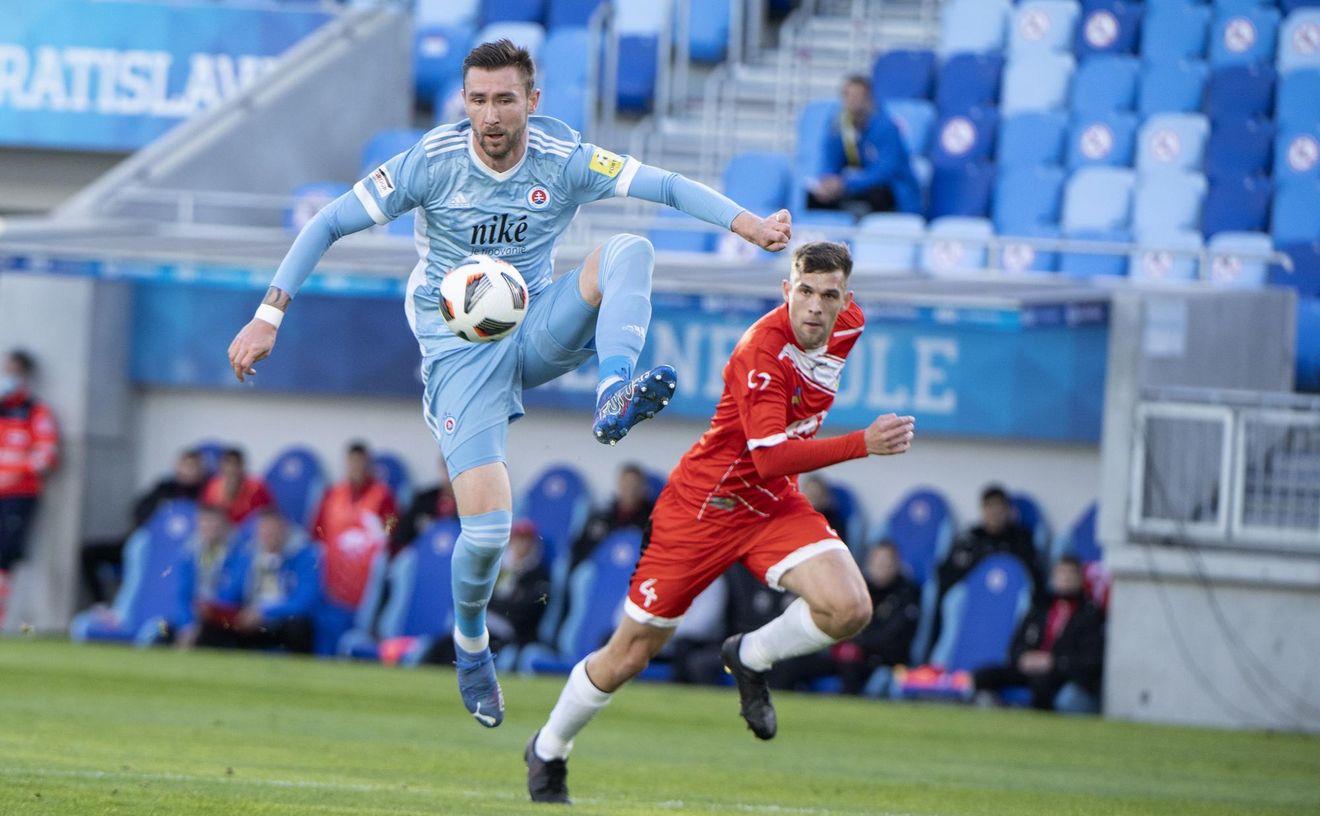 In Sunday’s overtime of the 12th round of the Fortuna League, the champion Slovan Bratislava managed to break the resistance of the weakened Liptovský Mikuláš in the second half and win a full point gain. Slovan thus broke away from Spartak Trnava at the head of the league again for three points.

Slovan also pushed in the second half, but he had to be careful of the bravely fighting guests. After 51 minutes Káčerík came in from the right, feinted, then sped past the off-balance defender to put away the 1 – 0 goal, giving Šulla the lead. Then he missed Aben’s head up close at the home corner. The home team bought Henty with a cross shot in the 57th minute. The visitors kept the pressure on to tie the game when, after 63 minutes, Pintér broke through the center and found himself alone with the keeper. With 67 minutes played, seemingly due to lack of experience, Henty needlessly tripped an opponent just outside the penalty area, but the free kick that followed didn’t succeed. In the 69th minute, the home team gave a reassuring second goal, when after a skillful block Green bomb hit the line and the subsequent nice hit Rabiua burned the hands of Sváček. The home side worked hard to get through the middle and as a result, had a good chance of getting one back as Medveděv tried lifting the ball over keeper Henty. Dražič showed a clear triumph of the favorite in the 90th minute.

Vladimír Weiss senior, Slovan coach: “We played against an opponent who is not the weakest in the league. Liptovský Mikuláš plays football and wants to play football in the league, coach Petruš leads them to do so. They were well tactically prepared. We played badly in the first half, I was very dissatisfied. Then we scored goals in a power play, and I also give players who don’t play European Cups and harder matches in the league a chance to want to, but they haven’t yet reached the basic Slovan line-up, but this is a robot for our coaches to prepare them for it. ”

Marek Petruš, coach of L. Mikuláš: “I didn’t have big eyes before the match. We resisted the favorite for the first half, then Bartoš’s disqualification came. The first goal may have come a little early in the second act. But deservedly. Bartoša. ”