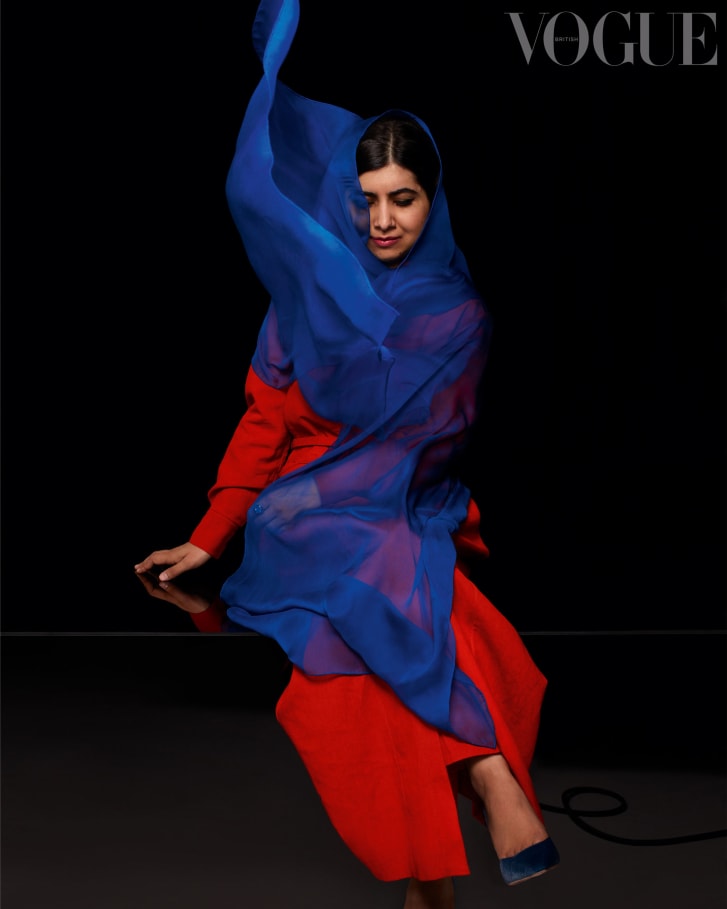 Malala is the protagonist of the new cover of Vogue 0:43

(CNN) – Malala Yousafzai, the Pakistani activist who was shot and wounded by the Taliban after campaigning for girls’ education, has become the latest star on the cover of British Vogue.In the article accompanying the cover, the 23-year-old budding Oxford University graduate and television producer, talks about her faith, her activism on Twitter and her new partnership with AppleTV +.

Yousafzai, who at age 17 became the youngest winner of the Nobel Peace Prize, also spoke of her friendship with other young activists, such as Greta Thunberg and gun control advocate Emma González. “I know the power that a girl carries in her heart,” she says.

The profile, which will appear in the July issue of Vogue, includes tributes from some of Yousafzai’s high-profile admirers, including former US First Lady Michelle Obama, who called her “truly extraordinary,” and the Apple CEO Tim Cook, who told Vogue: “I don’t think there is anyone like her.”

Image from the special interview featured in the July issue of British Vogue, available online and on shelves from June 4. Credit: Courtesy of Nick Knight / Vogue

The cover, by photographer Nick Knight, shows the activist dressed in a bright red Stella McCartney suit and head veil. Inside the magazine, she appears with another red shirt dress and linen pants, by Uruguayan designer Gabriela Hearst, which she combines with a contrasting blue veil.

In the interview, Yousafzai described her veil as a “cultural symbol for us Pashtuns,” referring to the predominantly Sunni Muslim ethnic group from which it came.

On Instagram, Yousafzai said she was “excited and honored” to be the new star on the magazine’s cover, adding, “I hope every girl who sees this cover knows that they can change the world.”

The Pakistani activist, a longtime advocate for human rights and girls’ right to education, became the subject of global attention when, at age 15, the Taliban shot her in the head. She survived after being airlifted to Queen Elizabeth Hospital in Birmingham, UK, and went on to create her own non-profit organization, the Malala Fund.

Last year, Yousafzai graduated from Oxford University with a BA in Politics, Philosophy and Economics, and recently launched her own production company, Extracurricular. Thanks to a multi-year agreement With AppleTV +, the production company will premiere documentaries on girls’ education and women’s rights, as well as comedies, animation and children’s series.

Elsewhere in the Vogue interview, Yousafzai offered her take on the state of activism and politics today. “Right now, we have associated activism with tweets,” he said. “That has to change, because Twitter is a completely different world.”

He also shared details about the time he spent studying in the UK, saying that ‘I finally had some time to myself’. The activist added that she was “literally excited about everything,” from eating at McDonald’s to playing poker with her friends, although Vogue also described her as “the queen of the rehearsal crisis” as she recalled that she was leaving rehearsals until night before delivery.

“I was enjoying every moment because I hadn’t seen so much before,” Yousafzai said. “I had never really been in the company of people my age because I was recovering from the incident [el atentado de los talibanes contra su vida], and traveling all over the world, publishing a book and making a documentary, and a lot was happening.

1 thought on ““I know the power that a girl carries in her heart”: Malala is the new figure on the cover of Vogue”