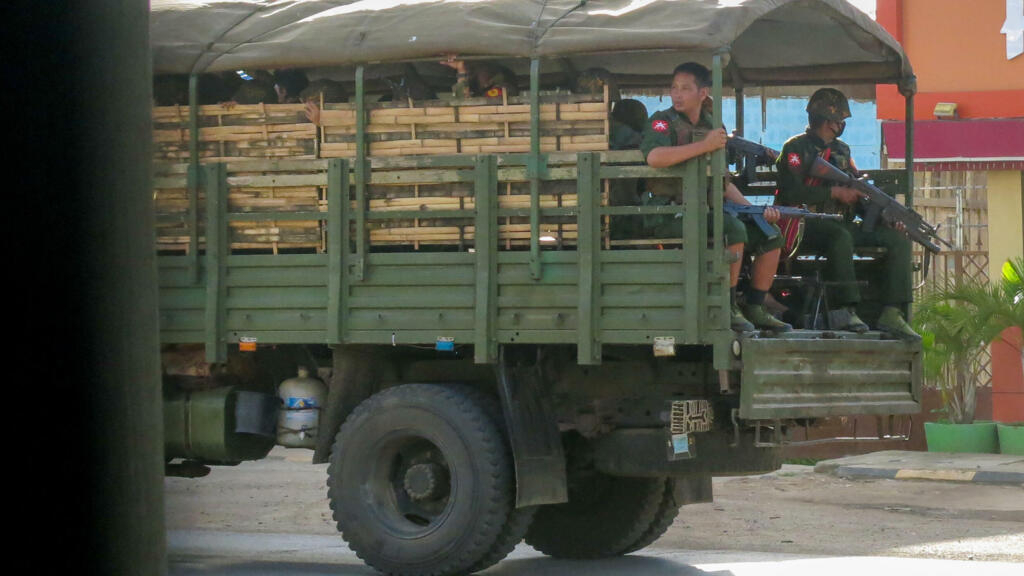 The UN for human rights in Burma on Friday accused the Burmese junta of “massing tens of thousands of troops and heavy weapons” in the north of the country. The organization says it fears “probable crimes against humanity and war crimes”.

The UN rapporteur for human rights in Burma on Friday accused the Burmese junta of “massing tens of thousands of troops and heavy weapons” in the north of the country on Friday 23 October and said he feared “atrocities”.

“We should all be prepared, as are the people in this part of Burma, for even more mass atrocities,” Tom Andrews told the United Nations General Assembly in New York.

“These tactics are a grim reminiscence of those employed by the armed forces before their genocidal attacks against the Rohingya in Rakhine State in 2016 and 2017,” he added, adding that he had received information according to which a very large numbers of troops were moving to the remote areas of northern and northwestern Burma.

According to a statement from the UN Human Rights Council, Mr. Andrews, a former US parliamentarian, presented to the UN GA the conclusions of his annual report on the human rights situation in Burma.

According to this statement, the Burmese military junta has perpetuated since its coup in February of “probable crimes against humanity and war crimes”.

“I appear before this venerable institution today to send you a simple request from the people of Burma: be concerned about the ongoing catastrophe and translate this concern into significant acts”, pleaded the American diplomat.

This week, the army, in power since the February 1 coup against the civilian government of Aung San Suu Kyi, announced the release on the occasion of the Buddhist festival of Thadingyut of 5,636 people arrested during the massive demonstrations that shook the country after the putsch.

Hundreds of Burmese political detainees, amnestied, have in fact found their families jubilant in front of the prisons, some already promising to resume the fight against the military regime.

But on Friday, according to an NGO, more than 100 opponents were again arrested.

One thought on “UN fears “mass atrocities” by junta in Burma”