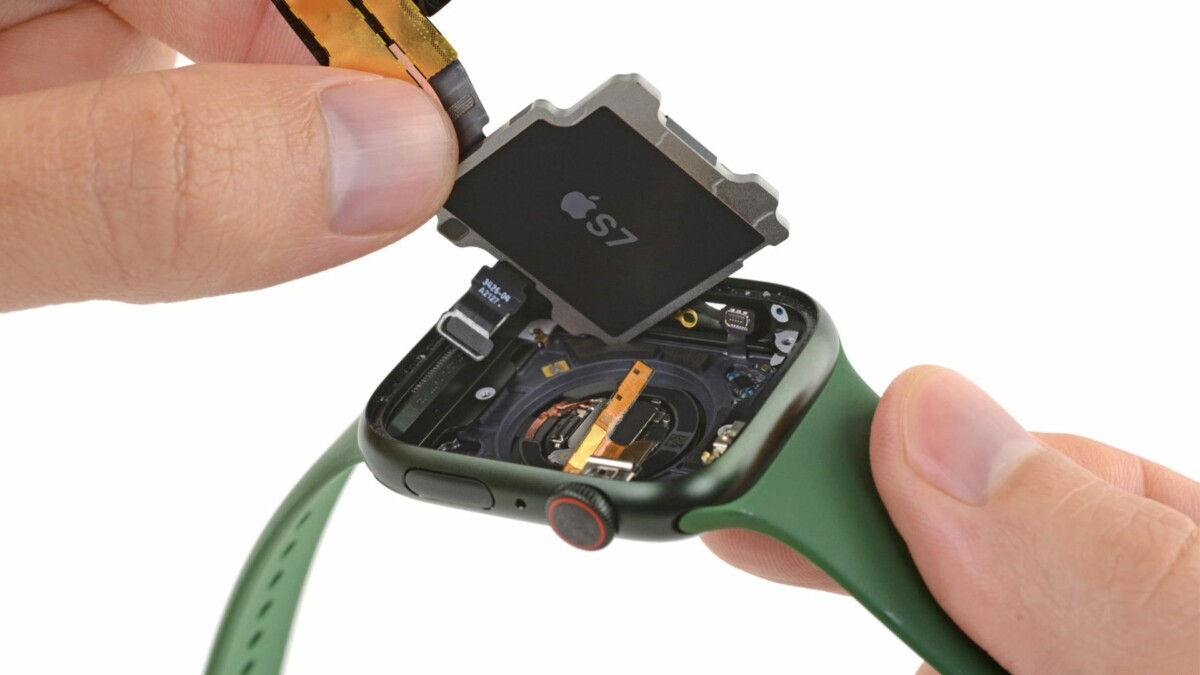 The Apple Watch Series 7 has been dismantled by iFixit. In addition to the new screen, larger batteries have appeared.

The most notable novelty is the reduction in the size of the screen borders, according to Apple they are 40% smaller. The connected watches are therefore the same size as the previous ones, but with a larger screen. The rest of the novelties are slim: the screen is brighter and they are accompanied by an IP6X certification, as well as a water resistance of 50 ATM. Apple claims 18 hours of battery life per charge and 33% faster charge.

A disassembly in order

iFixit wanted to verify, as usual, what Apple said. So they took the Apple Watch Series 7 apart. The screen can be removed by simply heating it to melt the glue on the sides. The components are laid out the same as in the previous model, but the screens of both models are slightly larger. Not only was a larger slab used for the display, but Apple is using an OLED touch panel for the first time. By eliminating a separate touch layer, the overall thickness is reduced. 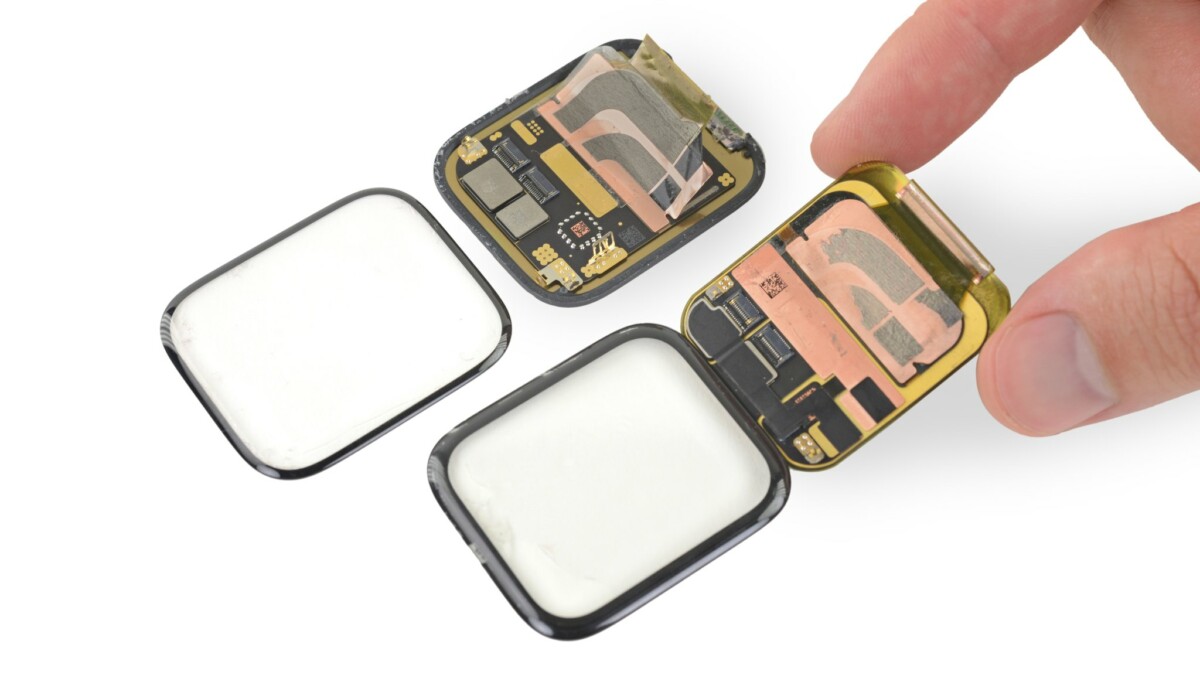 Unlike previous Apple Watches, the Series 7 no longer has a diagnostic port. Considering that it is now built to be dustproof, it makes sense to have eliminated this port. Instead, a 60.5 GHz radio module was integrated. 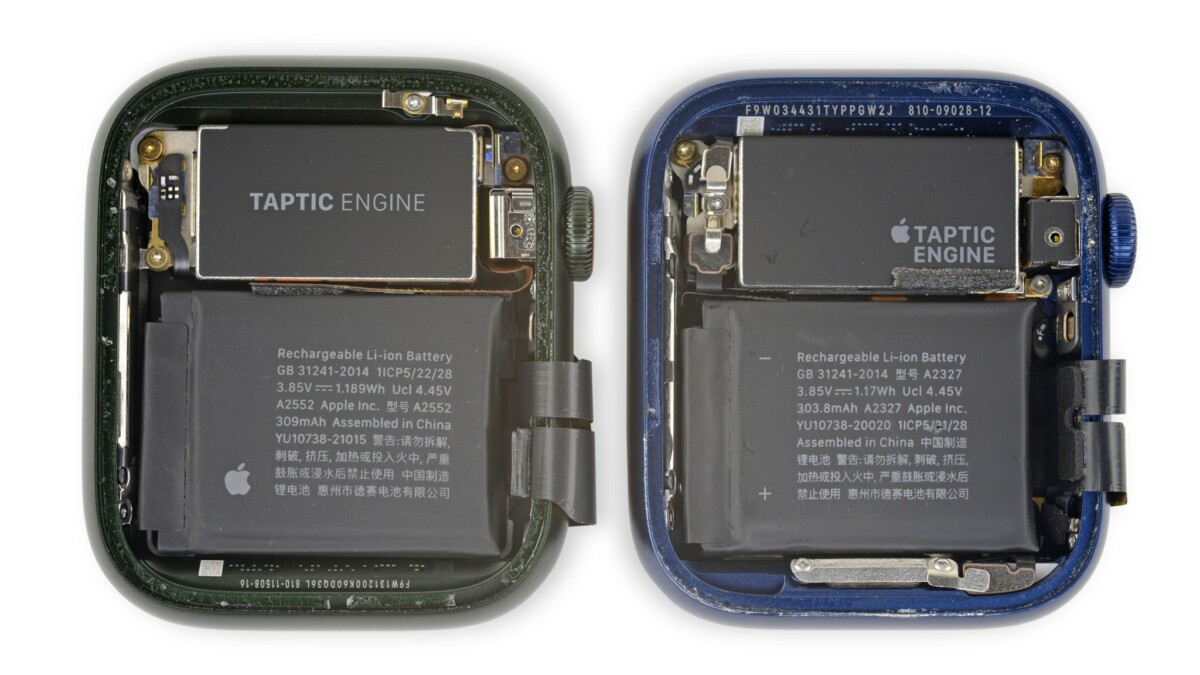 The large model’s battery has a capacity of 309mAh, while the smaller version has a 303.8mAh battery. Although this is a bit more than the older generation, you shouldn’t expect more battery life. Bigger, brighter displays required more power, according to iFixit.

In terms of repairability, Apple Watch Series 7 scores 6 out of 10 points. The battery, screen and Taptic Engine vibration module can be replaced, but disassembling the watch was very time consuming.

One thought on “Apple Watch Series 7 doesn’t just have a new OLED display, iFixit has found other changes”