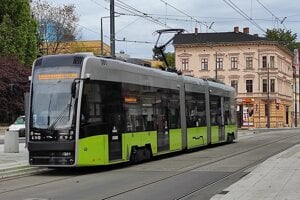 They canceled it, they won again, Skoda objects.

KOŠICE. The tender for the supplier of 30 new two-way trams, which was announced by the Transport Company of the City of Košice (DPMK) at the turn of February and March, is stretching.

At the beginning of July, a 100% municipal joint-stock company evaluated the Polish manufacturer Pesa Bydgoszcz as the winning bid.

However, the unsuccessful Czech applicant Škoda Transportation submitted to the Office for Procurement (OJ) several objections.

ÚVO acknowledged most of them as justified and stated violations of the Public Procurement Act.

In a decision of 31 August, he ordered the removal of the illegal situation by canceling the result of the competition and re-evaluating Pesa’s offer again.

DPMK did so and on October 6 selected a Polish company again as a successful bidder.

Škoda also objects to the second evaluation of the bids

It is not yet publicly known how specifically he dealt with the substantiated objections of the unsuccessful bidder and violations of the law, so that ÚVO would not cancel this evaluation of bids.

This is one of the reasons why Vladimír Padyšák, CEO and member of the transport company’s board of directors, described as very premature speculation about a specific electricity supplier, as the contract has not yet been signed.

“The selection committee met again and evaluated the bids in the light of the ÚVO decision. The result of the re-evaluation was announced by the applicant and the entire documentation was sent to the ÚVO, “said Padyšák.

Irrespective of whether or not an objection has been lodged.

However, the director-general confirmed on Wednesday that the unsuccessful candidate had submitted it again.

One thought on “Too cheap. The Poles won a tender for Košice trams with a suspicious offer – Korzár Košice”