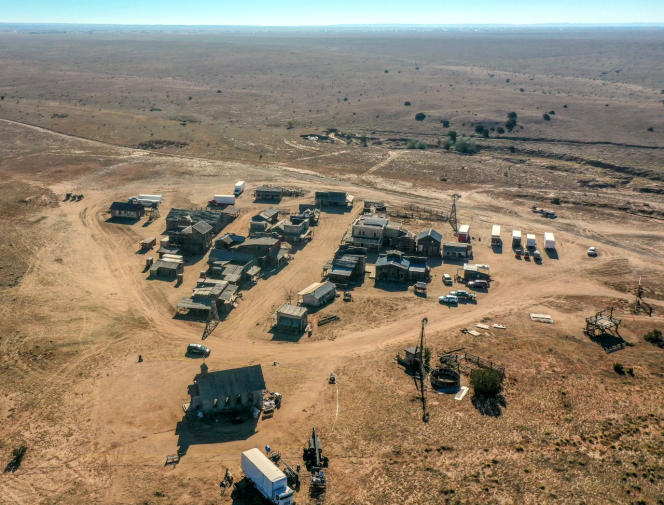 How could Alec Baldwin unknowingly have a loaded gun in his hand? The investigation continues to understand the drama that occurred Thursday, October 21 on a set in New Mexico. The American actor killed, presumably accidentally, the director of photography and injured the director of Rust, the western he was filming and of which he was the producer.

Halyna Hutchins, 42, was evacuated by helicopter on Thursday to a nearby hospital, where she was pronounced dead by medics. Director Joel Souza, 48, was able to leave the hospital after a few hours.

Citing court documents from the searches that took place Friday at Bonanza Creek ranch in Santa Fe, where the filming was taking place, the Santa Fe Reporter indicates that the film crew was rehearsing a scene at the time of the drama. The gunsmith had placed three weapons serving as accessories on a cart, an assistant director then handed one of them to Alec Baldwin, specifying him “Cold weapon”, which in movie jargon means that the gun is not loaded. Assistant director “Did not know that there was active ammunition in the accessory”, according to searches. The clothes worn by Alec Baldwin during the accident were turned over to investigators, along with the gun in question and the cartridge cases.

An investigation by Los Angeles Times questions safety on the set of Rust, a low budget movie by Hollywood standards. According to the newspaper, six members of the film’s technical team had left the set several hours before the tragedy to protest against their working conditions.

Above all, the weapon involved in the drama had been fired by mistake at least three times before, the newspaper added, which quotes members of the filming on condition of anonymity. Saturday, October 15, one of Alec Baldwin’s lineups would have accidentally fired with a weapon presented as “cold”. According to the source of Los Angeles Times, the incident was reportedly not investigated.

Asked about this by Agence France-Presse (AFP), the production company had not reacted on Friday afternoon. “The whole team is completely devastated by today’s tragedy and we send our sincere condolences to Halyna’s family and loved ones”, had earlier said a spokesperson for the production in a statement.

The International Alliance of Performing Jobs (IATSE) also refused to comment to AFP on other information relayed by the American press according to which the props branch of the union had circulated an e-mail claiming that a “Real bullet was accidentally fired” and that none of its members were at the shooting location during the drama. “Establishing a culture of safety requires constant vigilance and vigilance from each of us, every day”, simply said the union.

The authorities in charge of cinema in New Mexico did not wish to react either, stressing in a statement that “The safety and well-being of all actors, crews and filmmakers in New Mexico [étaient] always a priority ”.

“Words fail me to express my amazement and my sadness after the tragic accident which killed Halyna Hutchins”, for his part, Alec Baldwin tweeted on Friday. “I fully cooperate with the police investigation as to how this tragedy could have taken place”, adds the actor.

The Santa Fe Sheriff’s Department said he spontaneously introduced himself to them, answering their questions before leaving the scene. He was not arrested.

Alec Baldwin, 63, has made himself particularly popular in the United States in recent years by his imitations of Donald Trump in the famous satirical show “Saturday Night Live”.

The shooting victim, Halyna Hutchins, was unanimously hailed by her colleagues as a talented and passionate filmmaker who quickly made a name for herself among the ranks of cinematographers in Hollywood.

Originally from Ukraine, she grew up on a Soviet military base in the Arctic Circle “Surrounded by reindeer and nuclear submarines”, according to its website.

After her studies, she worked as a journalist in Ukraine and elsewhere in Europe, before joining the prestigious Conservatory of the American Film Academy (AFI) in Los Angeles in 2015. “Words are not enough to express the loss of someone so dear to AFI members”, reacted the film school.

As is profoundly true in the art of cinematography, words alone cannot capture the loss of one so dear to the AFI c… https://t.co/vU6iHpZM4Q

Recently, Halyna Hutchins had worked on a detective film, Blindfire, and on Archenemy, fantasy film produced by Elijah Wood. Rust, a western, was his first starring production.

Vaccination pass: “Identity checks” by restaurateurs “will not be applied”, says UMIH-restaura – franceinfo

Haščák po hetriku: I said that I would remind the experts who do not put me in the nomination – ŠPORT.sk

One thought on “After the fatal shooting of Alec Baldwin, safety on the set in question – archyworldys”