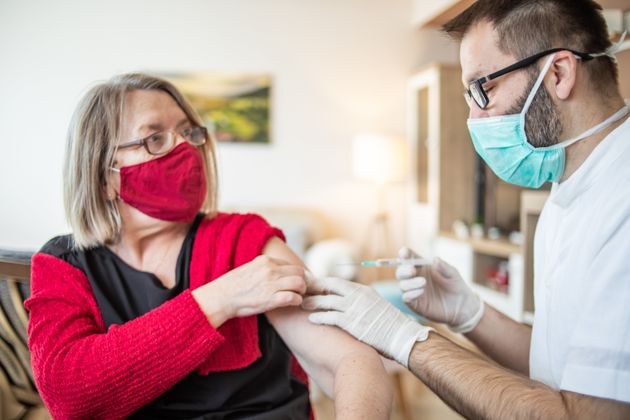 The government hopes to take advantage of the seasonal flu vaccination campaign to boost the Covid-19 campaign.

VACCINATION – Kill two birds with one stone. The government intends to take advantage of the annual vaccination campaign against flu to breathe new life into the one against the Covid-19. As of this Friday, part of the French can be vaccinated for free against the seasonal flu.

Those over 65, pregnant women and people with certain pathologies (asthma, diabetes, AIDS, etc.) are eligible. At-risk audiences that echo those targeted by the recall campaign against the Covid. “The same people are at risk of serious Covid and severe flu,” said Jérôme Salomon, Director General of Health, Thursday at a press conference.

“The flu could be strong this year”, warned the Minister of Health, Olivier Véran, this Friday on BFMTV, indicating that “10 million doses” are available on the first day of the campaign, or 20% of more than last year. The flu vaccination campaign has also been advanced. It was originally scheduled for October 26.

The head of the government’s vaccine strategy, Alain Fischer, even spoke of a “risk of a severe epidemic”, this Friday morning on RTL, recalling that “seasonal flu can also kill”. “It’s cold outside, it’s more humid, like all respiratory viruses”, the Covid-19 “circulates more, we expected”, also clarified Olivier Véran, confirming the small rebound fall of the epidemic observed in recent days.

Flu, bronchiolitis or gastroenteritis, these seasonal epidemics have, once again, been greatly slowed down last year by the successive confinements and barrier measures imposed by the covid crisis. But if “the flu virus has circulated very little, it has not disappeared”, summarized Jérome Salomon on Thursday. And the other side of the coin is that the population’s immunity has been reduced.

It is therefore possible – and even encouraged – to receive his third dose of anti-Covid vaccine and his flu vaccine at the same time: one injection per arm.

Vaccination of the 3rd dose against covid and influenza is done at the same time in the RPAs; a vaccine in each arm. The INSPQ ensures that the side effects are not accentuated. #rcqcpic.twitter.com/dA2274XOJB

This opportunity to take booster doses should serve to boost anti-covid vaccination even more. Olivier Véran explained this morning that “we must boost the vaccination booster for the elderly and frail people” in order to avoid “recognizing situations like those of last year”.

Since the start of the booster campaign in France on September 1, around 2 million people have received a third dose. If the pace is accelerating and approaching 100,000 third injections per day, “that’s not enough”, commented Olivier Véran.

In mainland France, the flu epidemic generally occurs between November and April. In its press release published on October 20, Public health Franceindicates that “the published data already show an early circulation of the bronchiolitis virus and an active circulation of the influenza virus in Mayotte”.

Interviewed on France Info on October 19, Pascal Crépey, professor-researcher in epidemiology at the École des Hautes Etudes de Santé Publique in Rennes, explained that one had to be wary of a “double or even triple epidemic effect of both Covid-19 but also flu or bronchiolitis ”. Such a situation would “embolize” our health system.

See also on The HuffPost: 50 million vaccinated: the graphic race that shows the French progress

One thought on “Will the flu vaccination boost the Covid recall campaign? – The HuffPost”