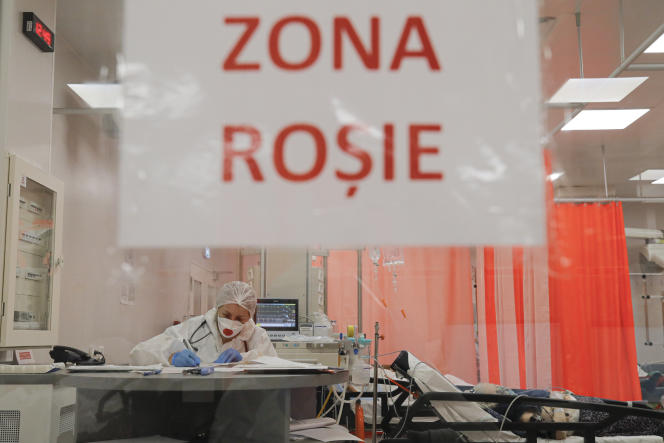 Much of Europe is facing a new wave of contamination by Covid-19 and a number of countries have to (re) introduce restrictive measures: curfew, confinement, health pass, wearing of masks … Only the countries of the South – with the exception of Greece – and France seem for the time being relatively spared by this rebound of the pandemic.

“The fourth wave is here, and it is violent”, Belgian Minister of Health Frank Vandenbroucke said on Wednesday 20 October. The number of daily contaminations is again in the red zone, with nearly 3,250 cases over the last seven days, or + 53%, with a peak at 6,500 recorded on Monday, October 18, a record since November 2020. The number of hospitalized patients grew by 53% during the same period and the virus reproduction rate is now 1.33, confirmation of a meteoric progression which is manifested in particular in schools. The two most affected provinces, West Flanders (+ 110%) and Limburg (+ 72%), are Flemish, while the Dutch-speaking part of the kingdom has an overall vaccination rate of over 80%. A fact that had led the regional authorities to waive the obligation to wear a mask.

Read also Article reserved for our subscribers Covid-19: in the Balkans, denial and refusal of vaccines cause a massacre

In Brussels (+ 31% of cases), where vaccination is progressing very slowly, the health pass was made compulsory on October 15 but its use is little controlled. The vaccination rate reached, on the other hand, 70% in Wallonia, where the introduction of the health pass, planned for the 1er November, pushed many people to the centers. But in the current context, measures to ease restrictions at the national level, which were on the menu for forthcoming ministerial meetings, risk being postponed.

In the Netherlands, a rebound has also been observed: contaminations have increased by 44% in the space of a week and nearly 26,000 contaminations have been detected over the past seven days. The number of daily deaths (13) has returned to its level of early June and hospitalizations are up 20%, with 617 patients in total.

Finland, “Entered the fifth wave” pandemic, says Lasse Lehtonen, director of diagnostics in the Helsinki region. The number of hospitalized patients has increased by 60% in the last two weeks (218) and the incidence rate peaks at 140 cases per 100,000 inhabitants, in this northern European country relatively spared from the pandemic, with 151,787 cases and 1,120 deaths since March 2020.

You have 58.42% of this article to read. The rest is for subscribers only.