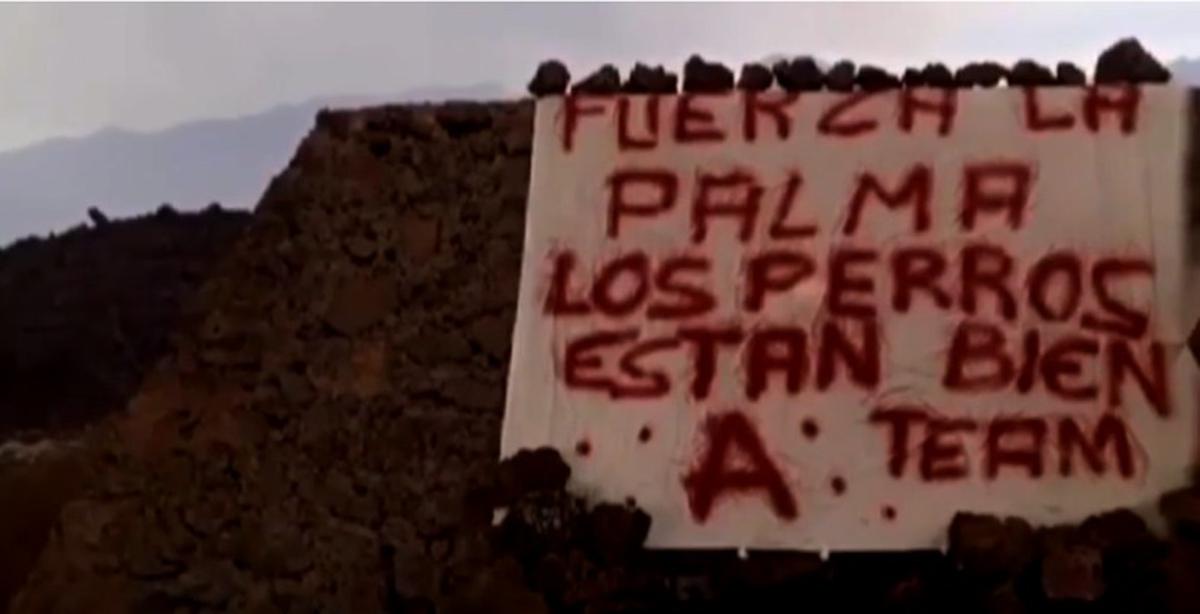 La Palma volcano, which erupted on September 19, has since destroyed 2,185 buildings. New lava flows approach the sea. A mystery surrounds the rescue of dogs surrounded by lava

Evaporated. Emaciated hunting dogs, whose images circulated widely on the internet and who had been stranded for several weeks in a sort of enclosure surrounded by lava flows from the Cumbre Vieja volcano, disappeared while a drone rescue operation was underway. programmed.

One of the drones of the company Aerocameras flying over the area found on Thursday that the dogs were no longer there. The company decided on Friday to end the operation and return its teams to Galicia (north-western Spain), where the company is based. “Traces of people entering the area”, however prohibited, were spotted.

Posted on social networks, an anonymous video shows aerial images of the area and the empty enclosure, as well as a white tarp stretched over one of the walls surrounding the place and proclaiming “Courage La Palma.” The dogs are doing well ”. A message signed by the “All Risks Agency”, in reference to the American television series of the 1980s.

If some evoke the gesture of animal rights activists, others, such as the animal aid association Leales.org, which in early October reported isolated and hungry canines, are thinking of relatives of the dog owner (s).

Police and local authorities were unable to confirm this information, nor to indicate whether an investigation has been opened.

Still in progress, the eruption of Cumbre Vieja, which began on September 19, did not kill anybody but caused a lot of damage: the volcano destroyed 2,185 buildings, while threatening 76 others, according to a measurement carried out at midnight by the Copernicus satellite system.

The eruptive activity does not seem to weaken, and despite their slow progression, the new lava flows are still advancing towards the sea.

According to experts, this eruption is the largest since the 15th century, in terms of the area concerned on the island.

One thought on “Eruption in the Canaries: mysterious disappearance of dogs surrounded by lava, the still active volcano – South West”