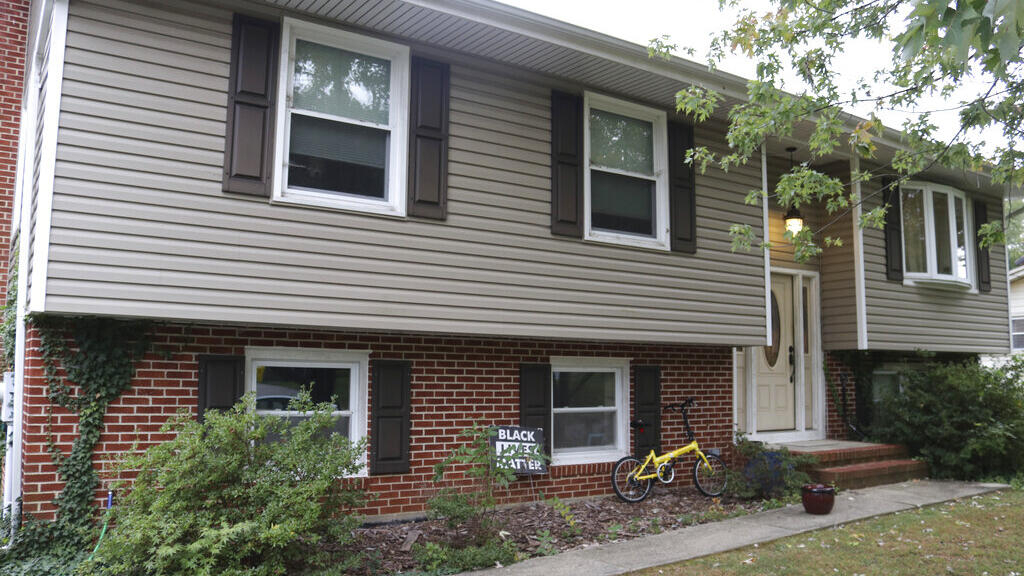 Jonathan and Diana Toebbe were indicted on Wednesday for seeking to sell the trade secrets of the US military’s most advanced nuclear submarines. Story of the itinerary of these apprentice spies who looked like the “model” couple from the American suburbs.

“She never learned to watch! She’s just a schoolteacher.” Before the judge, lawyer Edward MacMahon did everything possible, Wednesday, October 20, to minimize the role of his client, Diana Toebbe, in what the FBI and the United States Attorney General have presented as a high-profile espionage case.

Diana Toebbe and her husband Jonathan had just been indicted by a grand jury for trying to sell top secret information about America’s ultimate atomic submarines to a foreign power.

The nuclear engineer and the schoolteacher

Charges that can lead to this apparently ordinary American couple to end their days behind bars for treason. The discovery of the little secrets of the Toebbe couple and their fall is a saga of spy apprentices that has fascinated the United States since the arrest of the two suspects on October 9.

“We never thought they could do that.” It is more or less the same tune that the multiple neighbors, colleagues, childhood friends and relatives of the defendants have repeated over and over again to the cohort of journalists who have taken an interest in this affair.

Diana and Jonathan Toebbe had the profile of the perfect American commuter. These young people in their forties had lived for nearly ten years in a comfortable lodge in the suburbs of Annapolis (Maryland), with their two children aged 11 and 15.

No apparent money problem, no neighborhood problem. They appeared to be well integrated into their neighborhood according to their neighbors, who all described them as a brilliant and socially active couple. He, the nuclear engineer who worked for the US Navy for a long time, and she, the schoolteacher who taught English and history in a small private school, considered “progressive” by the media, seemed to miles of secret plans to betray their country.

Diana Toebbe’s only known extravaganza was her love of knitting and the two videos she posted on Youtube to share his passion. As for Jonathan Toebbe, he had for years already given up the habit of spending nights with friends playing role-playing games.

However, the indictment drawn up by the FBI details an elaborate plan, which the couple would have taken years to put in place. Jonathan Toebbe would have started in 2018 to release, page after page, confidential documents from his laboratory where the atomic propulsion systems of submarines were designed.

He had access to the secrets best kept by the army thanks to a level Q authorization, which allows to know the projects relating to national security.

Secrets in a peanut butter sandwich

According to the indictment, the couple decided to take action in April 2020, by sending a small package to representatives of a foreign power – whose names have not been revealed – to give them a a taste of the secrets they were ready to sell them.

Almost six months later, in December 2020, Jonathan Toebbe received a response on a secure email address indicating that the third country was willing to pay for more.

Except that the sender was none other than an FBI agent. The foreign power had decided to warn Washington of this attempt to sell military secrecy.

Then begins a back and forth of emails for several months – reproduced in the indictment – which shows to what extent the couple of suburbanites ignore where they set foot.

The fake foreign spy but real FBI agent finally managed to gain the trust of the commuter couple. He makes them a first payment of 10,000 dollars in cryptocurrency and gets the foreign power initially contacted to send a “signal” to reassure the Toebbe.

From April 2021, the nuclear engineer will make four deliveries of confidential information, demonstrating a certain inventiveness. One of the USB drives will be hidden in a peanut butter sandwich, another in chewed gum and a third in a bandage wrap.

Finally, in October 2021, the last delivery should have been the most important. Jonathan Toebbe promises 11,000 pages detailing the operation of Virginia-class submarines. These are the most advanced vessels in the American fleet, equipped with a nuclear reactor allowing them, in theory, to remain underwater for 33 years. Enough to make it a first-rate discreet reconnaissance weapon.

And France in all this?

The engineer asks for $ 5 million in cryptocurrency for this treasure. The FBI believes the time has come to arrest them, fearing the Toebbe will use the money to flee the country.

The couple’s arrest on October 9, however, does not mark the end of the story. No one knows, to this day, why these two ordinary citizens took action. The financial track was once privileged, says the New York Times. In 2005, the couple had bought their first house, but Jonathan Toebbe – a simple PhD student at the time – earned almost nothing, and the 2008 financial crisis forced them to resell their property at a ridiculous price.

But the two seem to have moved up the slope and at the time of their arrest, they were no longer in debt. Maybe then they acted out of ideology, Hazards the Washington Post ? Diana Toebbe had very strong political views, and after Donald Trump came to power in 2016, she “repeatedly indicated that she wanted to leave the country to settle in Australia,” the American daily recounts.

Another element could be the ego and the spirit of revenge, judge David Charney, an American psychologist who often worked with former spies, interviewed by the BBC. In order to earn more money, Jonathan Toebbe had to interrupt, in 2008, a promising thesis on nuclear energy which “could have taken him far”, recognizes the New York Times. His wife had also given up a career as an anthropologist to turn to the profession of schoolmistress. “There was perhaps the desire to prove that they were worth more than what they did,” argues David Charney.

The other mystery concerns the country to which the Toebbe wanted to sell the secrets. “It had to be an ally, because a country like Russia or China would never have agreed to collaborate with the FBI to apprehend them”, specifies the Washington Post.

“Most experts believe it must have been France,” Slate recalls. The reason ? In one of his messages, Jonathan Toebbe expressed his desire to meet his interlocutor one day “on the terrace of a cafe, sipping a good wine while evoking our common memories”. Enough to evoke the very American cliché of Parisian life …

“France has claimed not to be involved in this affair,” said the New York Times. But it would be funny if at the end of 2020, Paris had helped the US secret service to prevent the sale of the coveted nuclear propulsion technology for submarines. Only a few months before the affair of the American nuclear submarines sold to Australia in lieu of French equipment …

Palmeiras defeats Flamengo and is the champion of the Copa Libertadores

One thought on “United States: Jonathan and Diana Toebbe, espionage as a couple in the “middle class” version”