China warned Slovakia of the consequences of a visit by a Taiwanese delegation – SME.sk 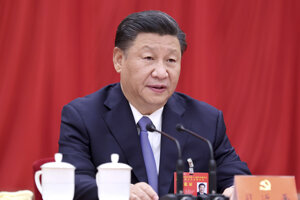 The Taiwanese Minister of Foreign Affairs will visit Slovakia and the Czech Republic.

BEIJING. China warned Slovakia and the Czech Republic on Friday that it would take “necessary measures” to protect its sovereignty.

Beijing has responded to the upcoming trip of Taiwanese Foreign Minister Joseph Wu Chao-sie, who is going to visit the two countries next week, Reuters reported.

Beijing, which considers democratic Taiwan with its own autonomous government to be part of China alone, is always outraged when a Taiwanese delegation travels to visit another country.

They see these visits in Beijing as supporting Taiwan’s independence, Reuters explains.

Asked if China planned to take action against Slovakia and the Czech Republic, Wang Wen-pin replied: “We will take appropriate and necessary steps to vigorously protect national sovereignty and territorial integrity. No one should have any illusions about this.”

The Taiwanese Ministry of Foreign Affairs announced on Thursday that Wu would visit Slovakia and the Czech Republic next week during his rare trip to Europe.

Taiwanese diplomacy spokeswoman Joanne Ou Jiang-an told reporters that Wu would first visit Slovakia on Tuesday to attend a conference on Resilience and Global Economic Cooperation after the Pandemic, organized by the Slovak think-tank Globsec. 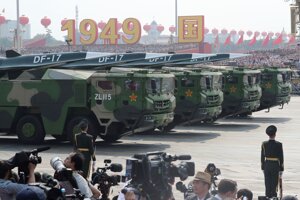 Related article China is accelerating its armaments, trying to attack from orbit Read

He will travel from Slovakia to Prague, where he will meet the President of the Czech Senate Miloš Vystrčil and the Mayor of Prague Zdeněk Hřib. He stuck out and Mushroom visited Taiwan last year, which also angered China.

China is already in conflict with Lithuania, which plans to open a de facto Taiwanese embassy in Vilnius. The two countries have therefore withdrawn each other’s ambassadors from Beijing and Vilnius.

Due to Chinese pressure, many countries in the world do not want to host representatives of the Taiwanese government. Nevertheless, in 2019, Wu visited Denmark, for example, where he also spoke at the Copenhagen summit on democracy.

However, China has recently increased military pressure on Taiwan and repeatedly violated the country’s airspace, to which it has repeatedly sent its fighter jets to force Taiwanese officials to accept Chinese sovereignty.

However, Taiwan, led by its democratic government, declares itself to be an independent country that will defend its freedom. 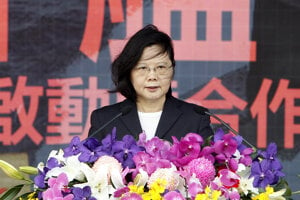 Related article Taiwan will not give in to China, its president told Xi Jinping Read

One thought on “China warned Slovakia of the consequences of a visit by a Taiwanese delegation – SME.sk”