Trial of the November 13 attacks: a family united by mourning – Franceinfo 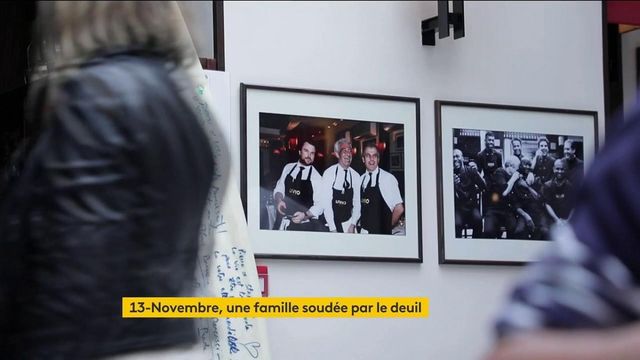 The testimonies of victims follow one another at the trial of the attacks of November 13, 2015. The father and brother of Pierre Innocenti, who fell under the bullets at the age of 40, will take the stand on Friday, October 22.

Before the tragedy of November 13, Pierre Innocenti worked with his family in an Italian restaurant located in Neuilly-Sur-Seine (Hauts-de-Seine). Accompanied by his best friend Stéphane, Pierre attended, on November 13, 2015 at the Bataclan, the concert of the group Eagles of Death Metal. The two restaurateurs are among the 90 people killed in the attack.

But the following Monday, Pierre Innocenti’s brother is absolutely keen to reopen the restaurant, in order to welcome all his friends there and pay a last tribute to the one who was passionate about surfing. “I went to get a board, gave some pens and some friends started to write words on it”, remembers with emotion Charles Innocenti, who had not taken out the board since the tribute. Friday, October 22, he will find himself face to face with those responsible for the attack for the first time. Their father, Alfio, will also be present at the trial and wishes to remain strong in memory of his son.

all the news in video

Receive most of our news with our newsletter

France Télévisions uses your email address to send you newsletters.

articles On the same topic

Every day, Franceinfo selects content from European public audiovisual media, members of Eurovision. These contents are published in English or French.

One thought on “Trial of the November 13 attacks: a family united by mourning – Franceinfo”