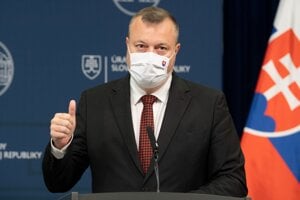 The Office has already terminated their employment with them.

BRATISLAVA. Four officials who have been fired are no longer working at the employment office in Pezinok for the misuse of funds intended for maintaining jobs.

This was stated by the Minister of Labor and Social Affairs before the extraordinary meeting of the parliamentary committee on social affairs on Friday Milan Krajniak (We are a family).

According to him, it was a “Chrapún fraud related to forgery of documents, signatures and subsequent control”.

According to him, the inspection did not fail, but the application for contributions was forged, the signature on this application was forged and the result of the inspection was also forged. The Minister of Labor and Social Affairs does not plan to resign in this case. “I think I did everything I could,” he said.

Related article The state has sent millions to mailbox companies. Krajniak did not show up, the coalition is saving in words Read

He pointed out that he learned about suspicious payments at the labor office in Pezinok on August 20 this year.

He contacted the then police president Petr on that day Kovařík, Minister of the Interior Romana Mikulca and filed a criminal complaint in the case. A few days later, he ordered an inspection at the labor office in Pezinok and, on the basis of this inspection, filed an additional criminal report.

According to him, on September 1 this year, Krajniak replaced the General Director of the Center for Labor, Social Affairs and Family of the Slovak Republic for this case as well, when Karol Zimmer replaced Marián Valentovič in this position. 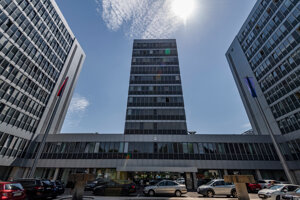 Related article The Ministry of Labor has a non-functional internal control, according to the control office Read

The Social Committee is to discuss a proposal for a comprehensive review of the provision of financial assistance to entrepreneurs and self-employed persons during a pandemic period by labor offices. It will be a reaction to the media-suspected suspicions of the payment of contributions to maintain employment and the so-called mailbox companies.

Slovakia sent millions of euros from pandemic first aid to mailbox companies. The Ján Kuciak Investigative Center figured it out.

In total, it can be EUR 24 million in public money. Suspicious companies do not prepare financial statements, it is not clear whether and how many employees they have and several have tax debts. ICJK did not find any of them in the inspection of the companies and the owners are usually people from the Balkans or from Greece. According to the findings of investigative journalists from these countries, they are not important entrepreneurs.

“Many even had trouble finding the addresses listed in the business register. Nevertheless, they received from the Center for Labor, Social Affairs and Family (ÚPSVaR) amounts comparable to long-established companies with a large number of employees, “said ICJK.

The state provides pandemic assistance to entrepreneurs and companies that have had to reduce or close their operations due to anti-pandemic measures, their sales have decreased by at least 20 percent, or who will keep jobs even if their activities are interrupted or reduced during a declared emergency.

Extraliga in danger? The club uses the city stadium, but does not have signed contracts – PRAVDA.sk

Dora Jr .: Confirmed that he was planning to kill white horses, but rejects their orders – Aktuality.sk