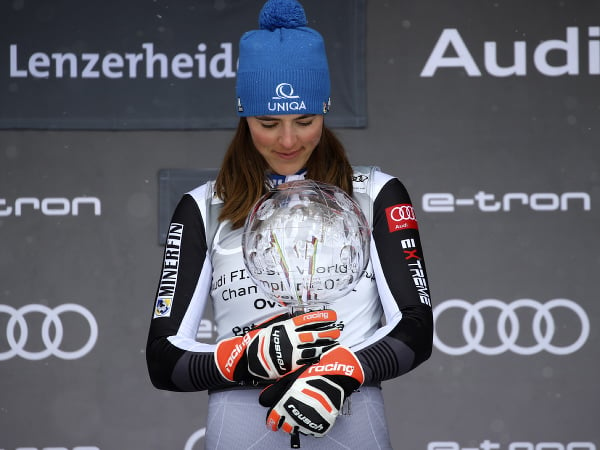 LIPTOVSKÝ MIKULÁŠ – Slovak downhill skier and winner of the Great Crystal Globe Petra Vlhová spoke in her autobiography about how her collaboration with former coach Livio Magoni worked. Under his leadership, the native of the Tatras made the greatest career progression, but for serious reasons she decided to end her cooperation with Magoni.

When Vlhová started cooperating with Magoni, the Slovak skier advanced by leaps and bounds. “The first three years with Livio Magoni were amazing. He showed me a new world. He showed me how the best work. Gradually, however, it started to go wrong and last season was a massacre.” Petra Vlhová sketched the beginning under Magoni’s leadership.

The biggest success was recorded by a native of Liptovský Mikuláš in the season, after which she decided to say goodbye to an Italian coach. “If I continued with him, I would last another maximum of two years and quit. Either I burn out, my body destroys, or I disgust skiing. He took me like a machine. Not like a woman who also has feelings, who has her days and who sometimes fails. He was never satisfied. “ tells the winner of the twenty World Cup races in the book. “He hurt me and the people on the team. It was sick,” she complained to Magoni.

The biggest shock came for the Slovak ski gem immediately after the end of the cooperation. “I had a press conference at Bratislava Castle, after that I slept with a friend in Trenčín. In the morning I read the news on my mobile phone and suddenly I noticed the headline: Petra won’t get better anymore, she doesn’t have it in her DNA. I clicked on the article. that is. I opened it in the original. It was in Italian. Interview with Livio Magoni for the diary of Corriere della Sera. I had it translated and I read it all. I collapsed mentally. “ described Petra Vlhová’s reaction in his autobiography.

1 thought on “Vlhová’s words, from which frost runs down my back: Either it would destroy my body, or … – Športky.sk”