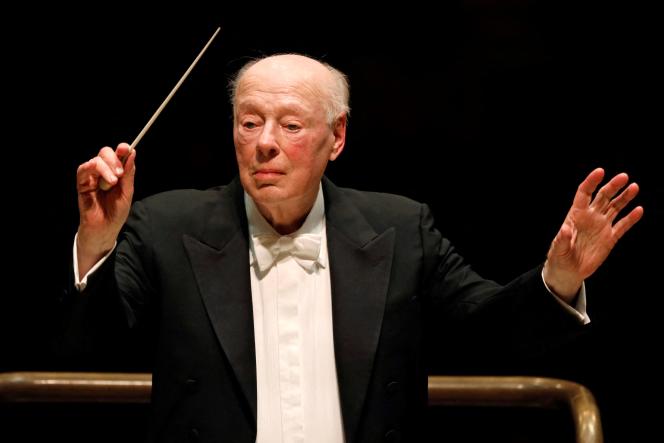 Dutch conductor Bernard Haitink, celebrated for his reading of the works of Beethoven, Mahler and Bruckner throughout a career that spanned more than sixty years, died at his home in London in the presence of his family, Askonas Holt, the British company that manages his interests, said Thursday (October 21st).

Bernard Haitink was known for his modesty, despite his fame, and for his modesty in the way he conducted his orchestra without ever seeking to overshadow it.

Born in Amsterdam, he first started playing the violin before learning conducting. He made his debut in 1954 at the head of the Netherlands Radio Philharmonic Orchestra. In 1956, he conducted the Royal Concertgebouw Orchestra for the first time before becoming its official conductor for a relationship that would last more than twenty years.

At the head of the greatest orchestras in the world

Bernard Haitink has also produced over 450 recordings, not forgetting to be a “Passionate mentor” for the younger generations, to whom he devoted time for teaching or offered master classes, recalled the company Askonas Holt.