He didn’t even get such a beating from Barcelona. Mourinho suffered the hardest loss in his career in the north of Norway – ŠPORT.sk 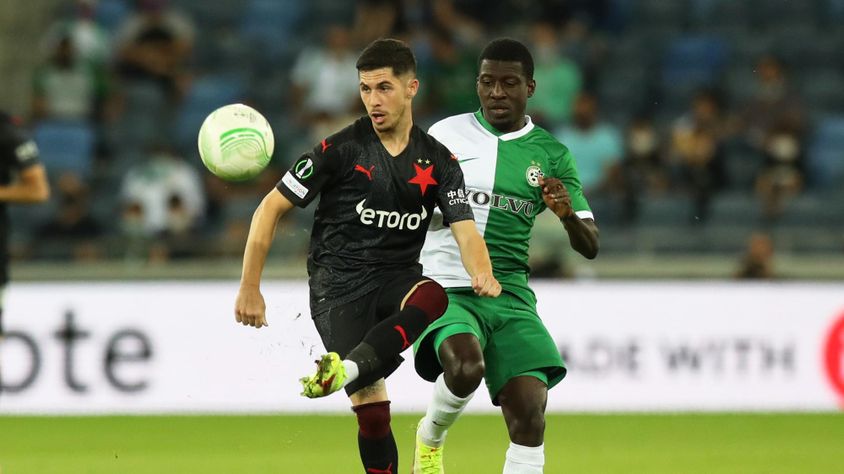 José Mourinho coached thousands of matches in his coaching career, but for the first time he scored six goals for his team.

VIDEO: Decimated Slavia could not score. AS Roma got a shocking spanking …

The aspirant for the overall triumph in the football European Conference League AS Rome suffered a difficult loss on the lawn of the Norwegian champion Bodö / Glimt 1: 6. Real Madrid also lost five goals under Mourinho’s lead in 2010, when in El Clásico he was beaten by FC Barcelona 0: 5.

“It’s my fault and responsibility. I decided to give space to other players than usual and it didn’t work out. In cold weather and on artificial grass, I wanted to take advantage of more player rotation. “Their players on the lawn were better than ours. I did it with the best intention of letting our busiest players rest. But the opponent punished us for it.” José Mourinho.

Four players took part in the penetrating triumph of the team from the city of 50,000 in the north of Norway. Erik Botheim and Ola Solbakken scored two goals each, Patrick Berg and Amahl Pellegrino added one each. In the 28th minute, the Spanish striker Carles Pérez reduced to 1: 2 from the point of view of the guests. “We only have thirteen really good players. The others are on a different level,” added Mourinho.

One of the heroes of the Norwegian team was the striker Erik Botheim. In the 8th minute he scored the first goal, 12 minutes later he pushed the ball to Berg for the second goal and after a change of sides in the 52nd minute he increased to 3: 1 for the excited nordes. And then he added precision to Solbakken and Pellegrin.

“I think we got off to a great start from the opening seconds. We made room and took good advantage of our chances. We definitely buried the opponent with the fourth goal,” stated by Erik Botheim, quoted by the Norwegian television portal NRK. “Maybe they didn’t put their best players in the beginning, but later they sent them into the game. I’m absolutely proud of my players. This team has its identity in both offensive and defensive. We played what we wanted for a full 90 minutes,” evaluated coach Kjetil Knutsen.

With the arrival of the European Conference League on the scene before the start of this season, speculation began to emerge that José Mourinho could become the first coach with a triumph in all three European club competitions.

The current view of the C-group table of the EKL is such that Bodö / Glimt got to the first place by a point ahead of AS Roma. Both teams should secure their way to the elimination part in the competition of the Ukrainian Zorje Luhansk and the Bulgarian CSKA Sofia.

Dora Jr .: Confirmed that he was planning to kill white horses, but rejects their orders – Aktuality.sk

Covid-19: the health crisis is responsible for an increase in the number of deaths from malaria in 2020 – Franceinfo

One thought on “He didn’t even get such a beating from Barcelona. Mourinho suffered the hardest loss in his career in the north of Norway – ŠPORT.sk”