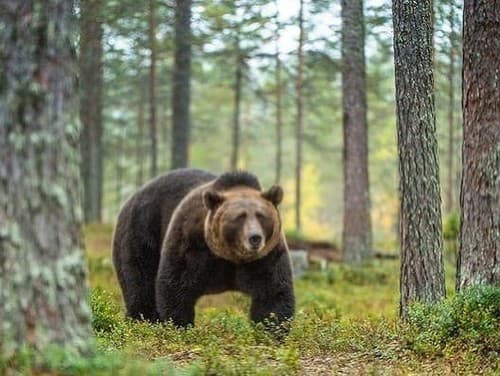 “The man was very lucky. The injury is not very serious,” the television added, referring to the doctor. The incident was confirmed by the national park administration, but so far without further comment. The station did not state the tourist’s nationality, but it is clear from the context that it was a Pole.

VIDEO The tourist provoked the bear family in the national park: Krutá dohra, really regretted it

They had to suture his wound

“Around noon, a 72-year-old patient was brought to the hospital from Chochołowska Valley, bitten and scratched by a bear. Probably, at least according to the patient’s story, he wanted to take a picture of a dangerous animal.” Jerzy Toczek from the hospital in Zakopane told television. The patient had to suture the wound, then left the hospital on his own and, according to doctors, is in good condition.

What to do when encountering a bear?

Currently, bears are fed intensively to gain fat reserves before hibernation, which is especially dangerous. In the event of an unexpected encounter, it is best to move away in the opposite direction, quietly and peacefully, because in the event of an escape, the bear could consider the tourist as fleeing prey. Don’t even climb trees, because the bear knows much better. A person should be especially vigilant if he encounters a bear, because there may be a bear in the area that is aggressive in defending the cubs. Do not feed the bears or leave food scraps or food containers behind that could interest them. And stay away from the bears to take pictures; Photoflash or flashlight light can irritate them, experts also advise.

1 thought on “The tourist wanted to take a selfie with a bear in the Tatras: Fatal mistake, attack followed – Topky”