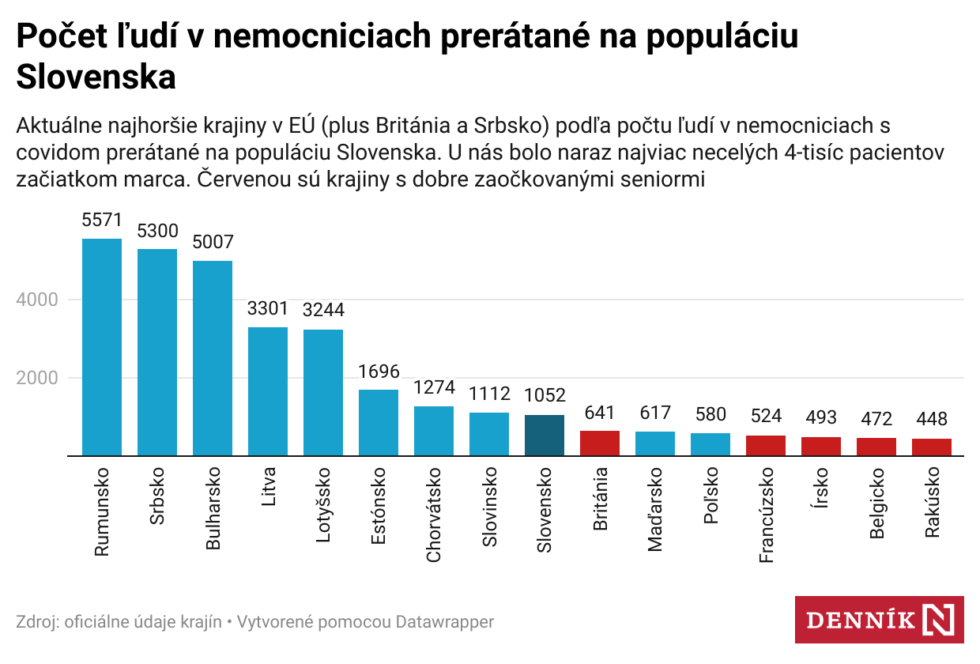 it is becoming increasingly clear that, in terms of a pandemic, we are facing a difficult winter again. This is shown by growing numbers in several countries. At the same time, however, it is confirmed that some countries are better prepared for the next wave.

Particularly difficult is the part of Europe that has failed to persuade people to be vaccinated.

Europe: Coronavirus is bothering Europe again. Well, not the whole

In Latvia, a hard lockdown has started again, people can only go to work, food and home. Schools will also be closed for a month, with the exception of the youngest pupils.

Also in Romania they will have children two weeks of covid vacation. After the new one, there will also be mandatory drapes on the street, and in the evening only vaccinated people will be able to go outside.

In Bulgaria in the worst districts including Sofia, all students will learn online as well.

Covid is back: The coronavirus epidemic has fully re-emerged in Europe. He is the only one regions of the world, where the number of new cases is growing.

This time, however, there are huge differences between Eastern and Western Europe. Hospitals in Latvia are on the verge of collapse, Lithuania, Bulgaria and Romania, the situation is also bad in other Balkan countries.

The epidemic is also worsening in Slovakia, in Croatia or Slovenia. The only countries from the “new EU” that are still holding (although cases here as well began to rise) are Poland, Hungary and the Czech Republic.

A high number of cases is also in some western states (Britain, Ireland, Austria, Belgium), but it does not appear there in hospitals. According to experts, this is the main benefit of vaccines: you can become infected (although the risk is lower), but the chance of you ending up in a hospital decreases significantly.

Situation in hospitals: In Romania, several patients with covid have already been sent to Hungary and doctors have come to the country to help from poor Moldova.

More people are already dying in the country than when a hundred patients a day succumbed to covida at the peak in March in Slovakia. Both Romania and Bulgaria have by far the lowest vaccination rates in the EU.

If we recalculate all countries to the population of Slovakia, then in Romania there are 5,500 people with covid in hospitals, in Bulgaria 5,000, in Latvia and Lithuania around 3,300.

The worst western country – Britain – has 640 people hospitalized. In our country it is over a thousand, the maximum was four thousand in March.

What is important: However, the example of the Baltic countries points out that it is not just the overall vaccination that is important. They have as high in Lithuania as in Austria or Switzerland. It is also important to what extent

This article is the exclusive content for subscribers of Diary N.

Are you a subscriber?

1 thought on “World newsfilter: Covid has returned to Europe. However, hospitals are collapsing only where not enough seniors have been vaccinated – Denník N”