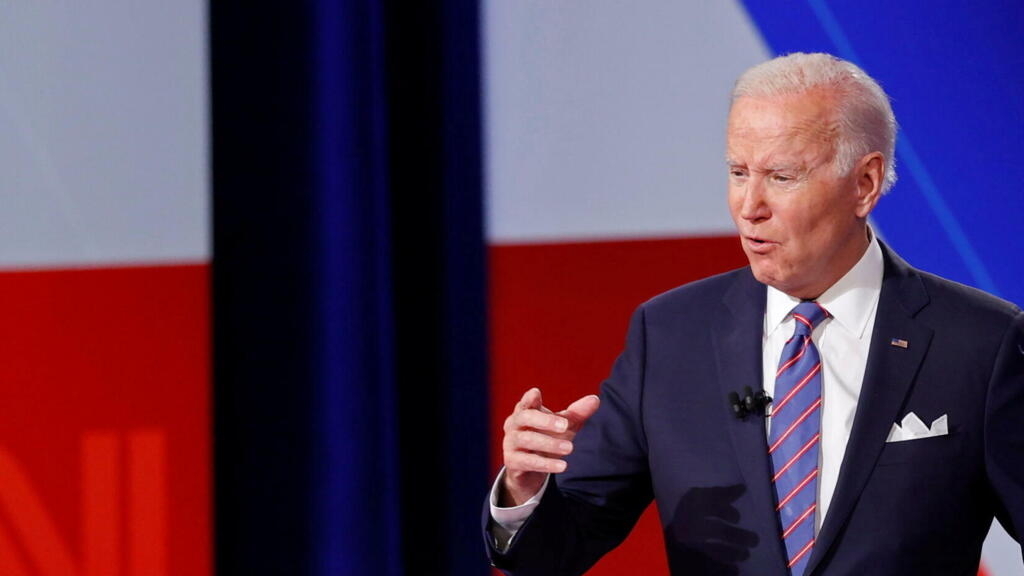 US President Joe Biden said Thursday that the United States is ready to defend Taiwan militarily. A statement that comes as China has recently increased its incursions into the aerial identification zone of the island, considered by Beijing as a rebel province.

Americans ready to take up arms for Taiwan. President Joe Biden said Thursday, October 21, that the United States was determined to militarily defend the island of 23 million inhabitants, in the event of an attack by China, which considers Taiwan as part of its territory.

“Yes, we have a commitment to that,” Joe Biden said in an exchange broadcast on CNN with voters in Baltimore.

The President’s statement contradicts the long-held US policy of so-called “strategic ambiguity”, with Washington helping Taiwan build and strengthen its defenses without explicitly promising to come to its aid should an attack strike. used to take place.

During an interview this summer on ABC, the US president made a similar promise, speaking of a “sacred commitment” to defend NATO allies in Canada and Europe, and “the same with Japan, Korea. South, and Taiwan “.

In the wake of Joe Biden’s statements Thursday night, the White House told reporters that US policy toward Taiwan had “not changed.”

Asked also whether the United States would be able to respond to the development of military programs in China, Joe Biden also replied in the affirmative.

“Don’t worry about whether … They’re going to be more powerful,” he said. “China, Russia and the rest of the world know that we have the most powerful military capability in the world,” he added. He expressed concern, however, that rival countries of the United States “could engage in activities where they would make a serious mistake.”

Joe Biden has, however, reiterated his willingness not to engage in a new cold war with Beijing.

During a press conference Thursday, Chinese Ambassador to the UN, Zhang Jun, when asked about the Taiwanese dossier, stressed that his country was not on the offensive. China is in a “defense” position. “We are fighting to maintain our sovereignty and our territorial integrity,” he said.

“We are not the troublemaker. On the contrary, some countries, the United States in particular, are taking dangerous measures leading directly to a dangerous situation in Taiwan,” he added. “We should call on the United States to put an end to such a practice. To drag Taiwan into a wall, it is in the interest of nobody”, hammered the Chinese diplomat.

>> To see, the Interview of France 24: “China has intensified its military threats”, warns the head of Taiwanese diplomacy

China and the United States clash head-on on many issues in a Cold War climate, but the Taiwan issue is often seen as the only one likely to provoke an armed confrontation.

The next ambassador to Beijing, the career diplomat Nicholas Burns, said Wednesday that China should not be “trusted” in Taiwan, and recommended to sell more weapons to the island to strengthen its defenses.

Nicholas Burns was speaking to the Senate Foreign Affairs Committee, which is due to confirm his appointment. He also denounced the recent Chinese incursions into the Taiwanese air defense identification zone, calling them “reprehensible”.

The United States has recognized the People’s Republic of China since 1979, but at the same time the American Congress requires that Taiwan be supplied with arms for its self-defense.

The island has had its own government since the Communists’ victory over mainland China in 1949, but Beijing considers this territory to be one of its provinces and threatens to use force in the event that the island formally proclaims independence.

The French population will look like this in 2070 – The HuffPost

Matthew McConaughey on social media: “I’m not running for governor of Texas”

One thought on “United States ready to defend Taiwan in case of attack from China, says Joe Biden”