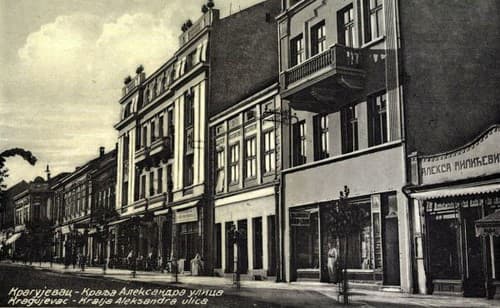 After the victory of the Nazis in the April War in 1941 (also called Operation 25) and the capitulation of Yugoslavia, a broad resistance partisan movement was formed in the occupied territory, which also applied to occupied Serbia. Therefore, on October 10, 1941, the commander of the German troops, General Franz Böhme, issued an order according to which one hundred prisoners were to be shot for each German soldier killed and fifty for each wounded.

The mass killings in Kragujevac were preceded by the murder of the Nazis in the Serbian town of Kraljevo, in which the Nazis shot more than 1,700 men and two dozen women on October 15, 1941. General Böhme praised the perpetrators of this mass killing with the words: “Forward, to new deeds!” Six days later, on October 21, 1941, the Nazis prepared a blood bath in Kragujevac. It was the retribution of the occupiers for partisans killing ten German soldiers and wounding 26 during a clash with the Nazis.

Under the command of Major Paul König, Wehrmacht troops invaded the city, hermetically closing it, and mass arrests began, particularly for men and boys. Some of the detainees did not give up hope of rescue until the last moment. One of the groups of assembled men, realizing that they had nothing to lose, ran in all directions, even though they knew what awaited them. The guards immediately started firing at them. In a single day, the fascists brutally executed almost 3,000 civilians (but the number of people executed varies), including 300 students and 18 teachers from the local grammar school.

From October to December 1941, the Nazis shot around 30,000 civilians in Serbia alone in retaliation for partisan attacks. According to historians, during the occupation of Yugoslavia, German soldiers killed a total of about 80,000 people.

The poem Bloody Fairy Tale by the Serbian poet Desanka Maximovičová, which is one of the most famous poems in Serbian, is also dedicated to bloodshed in Kragujevac. A film of the same name was also made in 1969, telling the story of a group of students who are desperately trying to save their lives by fleeing. The site of the massacre is reminiscent of a memorial and a museum.

There is also a tragedy connected with Kragujevac, which is directly connected with Slovakia. It took place at the end of the First World War, when at the beginning of June 1918 there was a rebellion in this Serbian city in the 71st Infantry Regiment. The uprising was quickly suppressed and the martial court handed down harsh sentences. Only five months before the signing of the armistice and the end of the war, they executed 44 Slovak soldiers in Kragujevac on June 8, 1918, for rebelling against the manners of commanders and national oppression. This historical event became the subject of the film Forty-Four by director Paľo Bielik

One thought on “Massacre in which 3,000 civilians and schoolchildren were killed: Hermetically closed the city and a bloodbath began – Topky.sk”