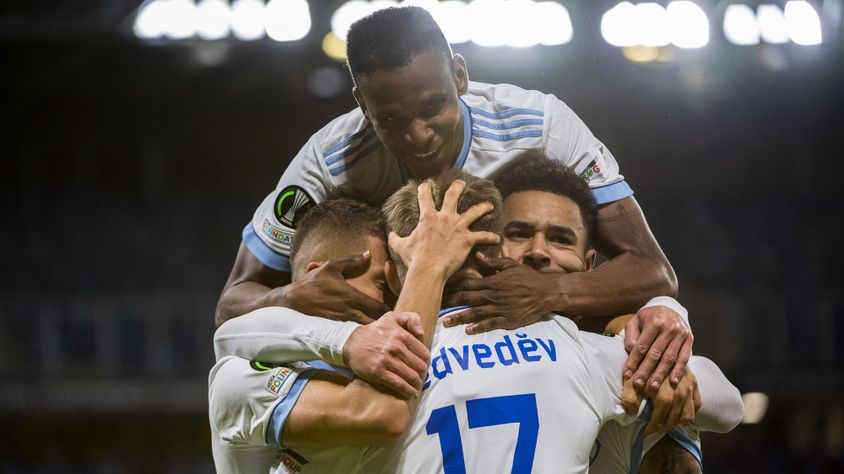 “The victory is good, the performance is not according to the ideas,” was the main message of Slovan Bratislava coach Vladimír Weiss st. after the premiere victory in the European Conference League over Gibraltar Lincoln Red Imps 2: 0.

Conference League: Slovan has fulfilled his duty and hopes for progress

Breed: The boys have lost their temper

Slovan has 15 times more valuable cadre, Lincoln was also 19. “There are no more opponents at this level that you are overpowering.” Weiss warned, calling for better play and efficiency.

In the last two trainings, his charges played according to their ideas: “It was not like that today. Of course, the pressure in the match is different. ”The duel could have developed differently after two guests in the first half.

According to Weiss, the “white people” suffered from nervousness in the opening act, the goalkeeper Adrián Chovan extended: “It was harder for us to run, the boys lost their temper a bit at the end of the half.”

Despite the goal-free state and few chances, the coach did not raise his voice during the break: “I was sure we would win. The players wanted to, but they were nervous. I also tried to calm them down. “He also didn’t change,” I told the players they had to worry about it. ”

Andre Green directed the Slovak champion to a full score with a goal after 49 seconds of the 2nd half. Ezekiel Henty confirmed the triumph six minutes before the end.

According to Weiss, Slovan is also satisfied with more demanding opponents, taking into account the typology of available footballers, when the people of Bratislava come out into the back. “We kind of miss the creative players combining the advance and the Vlado attack (Weiss Jr.) and David Holman, said of the wounded.

He updated his son’s health report: “Vlado was already in full training, but under a scar under a previous injury he had a small muscle tear. It’s already healed, in 3-4 days he will start training with the team. ”

Lincoln will fight for his life, he wants to earn

Without an offensive conductor, the home team had a problem with Lincoln’s deep defensive rampart. “You can draw everything on the board for players or prepare it for video. But the opponent is ready for it. Lincoln is not Barcelona, ​​but he prepared tactically. It’s not easy to fight against a 6-2-2 defensive system when you don’t know 1 in 1 or 1 in 2. We also miss that, “said Weiss.

Slovan has expanded the number of points to four and has hopes for progress. According to Weiss, he needs more than six points out of the remaining three duels. He can get the half on Lincoln soil next November 4.

“There will be a completely different match. The locals will fight for their lives on the artificial grass, they want to earn some crown, ” Weiss referred to the motivation of the Red Imps to win for Gibraltar the historically first point in the European Cup groups and to earn (166 thousand euros for a draw, half a million for a victory).

He again drew attention to key midfielder Liam Walker. He did not start in Tehelná field due to a knee injury. “He is their best player. I talked to him, he’s a nice boy. He is an excellent footballer and it surprises me that he continues to play in Lincoln. Even though he is 33 years old, he has a golden left. He told me it would be difficult for them. And that he would like to play for us. ”

The question was whether he would consider his arrival: “He is already 33. Three years ago I watched him maybe for Slovan, but at that time I was not a coach. These are hypothetical questions. He is a good player and … I don’t want to praise him so much so that it won’t work out for them again. “

After the three-match distance, the left defender Vernon De Marco will be available again. “I said to him many times, ‘You see what one stupid mistake will do.’ These are useless things that will affect the whole team. He has learned his lesson, apologized to the boys and will return to the team. “ betrayed by Weiss.

His charges will start next Sunday at home in the league against Liptovský Mikuláš: “Everyone plays 30-40% better against the Slavs. This is how it should be. Even against Real Madrid and Barcelona, ​​everyone wants to pull out and sell. Liptovský Mikuláš will not come here for a trip either. ”

Pellegrini responds to Matovic’s vouchers, he introduced his own version – SME.sk