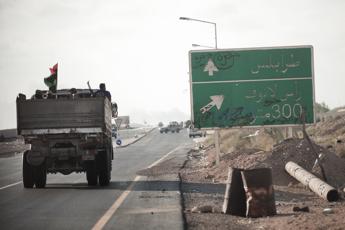 ” France considers Italy as its best partner in the fight against terrorism in the Sahel ”. This was stated to Aki – Adnkronos International by the French political scientist Emmanuel Dupuy, president of the Institute for Perspective and Security in Europe (Ispe), underlining how the ” strong bond ” between France and Italy in the Sahel has been ” confirmed from the visit of Defense Minister Lorenzo Guerini to Bamako two weeks ago, when he confirmed the sending of two hundred Italian soldiers under the bilateral defense agreement between Italy and Mali ”. And when Guerini ” confirmed the presence of 290 Italian soldiers in Niger, already present since 2018 ”, and then confirmed ” in Parliament that in 2020 Italy spent 16 million euros on military missions ”. France therefore considers “the military support of Italy’s special forces in the Takuba mission very important”, within which “Italy will be the first contingent beyond the French one”. Furthermore “there is the political and diplomatic support of Italy” in the Sahel, continues Dupuy, underlining that “all the five most recent Italian embassies opened in the world are in Africa”, citing the one in Guinea, in Niger, in Burkina Faso and Mali, while the one in N’Djamena in Chad is expected to open this summer. And this contributes to ” greatly strengthen the bond between France and Italy ”. As far as the Libyan dossier is concerned, the new Italy-France axis is of strategic importance in the “ambitious perspective of having a new Mediterranean foreign policy of the European Union”. And, on Libya in particular, it has the purpose of “accompanying the stabilization of the country economically and politically” with the “legitimation of the government of national unity led by Dbeibah”. Dupuy also recalls that ” in a few months (in January, ed.) France will be the rotating president of the Council of the European Union when Italy ends the presidency of the G20 ”. Dupuy speaks of ” a link to bring the efforts of European foreign and defense policy to the Mediterranean basin. Because there is Libya, there are problems related to immigration, there is always the terrorist threat and the diplomatic and non-diplomatic activity of Turkey and again the Israeli-Palestinian question ”. Dupuy speaks of “optimal political and diplomatic sharing between France and Italy” on Libya, as well as “sharing of economic interests” with “respect for areas of competence”. Especially now that “in Libya it is no longer a question of fighting terrorist groups, Daesh”, the Islamic State (Isis). ” The fight against terrorism was the only official reason why France supported Marshal Khalifa Haftar, ” explained the political scientist, insisting that Franco-Italian support now focuses precisely on ” stabilization policy ” which also passes through ” economic stabilization ”. ” We are pleased to know that in view of the December elections, if they are held, a reform of the Constitution through referendum is expected ” and for this for Libyans to have international supporters ”. This concerns all the components of Libyan society, so much so that, says Dupuy, “Haftar will also make a European tour to seek support in view of the elections on 24 December, if they are really held on that date”. Another important point for stabilization, Dupuy recalls, is the “French and Italian request for the exit from the country of foreign troops and mercenaries from Libya”. In particular, he says, “France is obsessed with the idea of ​​sending out the Turks and the Russians, while keeping silent about the interference of Egypt and the United Arab Emirates”. Libyan Prime Minister Dbeibah will have talks with French President Emmanuel Macron in Paris tonight after meeting Prime Minister Mario Draghi yesterday in Rome.

1 thought on “Libya, the political scientist Dupuy: ‘France and Italy together to stabilize it’”