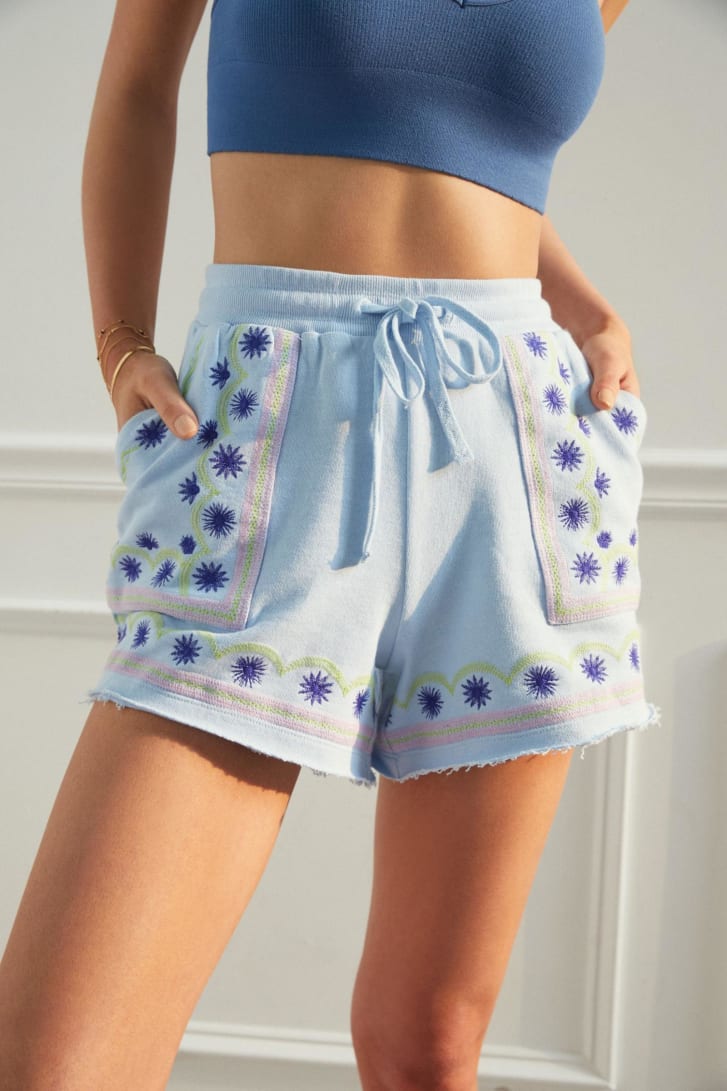 (CNN) – Mexico accused fashion brands Zara, Anthropologie and Patowl of cultural appropriation, alleging that they “made use” of designs created by the country’s indigenous populations.

In a series of letters written to brands, the Mexican Ministry of Culture asked for a “public explanation.” He also called for the “profits” to be “returned to the creative communities” that he believes invented the embroidery techniques and design motifs.

The letters, signed by Culture Secretary Alejandra Frausto Guerrero and dated May 13, were made public on Friday. They point to various garments from the three brands along with corresponding examples of garments created by indigenous artisans from the Oaxaca region.

The Mexican government said the symbols on Anthropologie’s embroidered shorts are reminiscent of those worn by the country’s Mixe community. Credit: Anthropologie

In a press release, the Ministry of Culture highlighted a blue embroidered Zara midi dress. He claims that the Spanish brand had been based on the ancestral symbols and traditional “huipil” dresses produced by the Mixtec people of San Juan Colorado, Mexico, adding that artisans usually take at least a month to make the dresses. The item in question is no longer available for sale on the Zara website.

The Ministry of Culture asks the brands for an explanation #Zara, #Anthropologie Y #Patowl by cultural appropriation in various textile designs

A pair of embroidered shorts by Anthropologie were also highlighted as an alleged example of cultural appropriation. The Mexican government affirmed that the article, with a price of almost US $ 70, presents symbols that are reminiscent of those used by the Mixe community, in Santa María Tlahuitoltepec. The shorts were still available for sale on the Anthropologie site on Monday.

Meanwhile, she said Patowl’s “casual flower” shirts had been inspired by the embroidery techniques of the Zapotec community of San Antonino Castillo Velasco. The government alleged that the handmade floral embroidery on Patowl’s shirts was an imitation of a complex technique known as “do me if you can,” and includes the community’s thought motifs, among others.

In an emailed statement to CNN, Zara’s parent company, Inditex, said it had “the utmost respect” for “the Secretariat (of Culture) and the communities of Mexico,” but added that “the design in question in no form intentionally borrowed or influenced by the art of the Mixtec people of Mexico.

Neither Patowl nor Anthropologie’s parent company URBN responded to CNN’s request for comment.

In its press release, the Ministry of Culture said that the “collective property” of indigenous communities had been “privatized” by the brands, asking them to create an “ethical framework” to work directly with their artisans.

He said he was acting to “prevent plagiarism … by national and transnational companies,” adding that he was “protecting the rights of indigenous peoples that have historically been neglected.”

The Ministry of Culture compared a Zara dress (pictured) with the “huipil” dresses produced by the Mixtec people of San Juan Colorado, Mexico. Credit: Zara

This is not the first time that Mexico has accused some brands of appropriation. Last November, French designer Isabel Marant apologized after the country’s Ministry of Culture claimed that her brand had used a pattern created by the Purépecha community. Marant offered his “most sincere apologies”, according to the BBC, and said he would “pay tribute to our sources of inspiration” in the future.

In 2019, the Secretariat also accused the American brand of women’s clothing Carolina Herrera of wearing Mexican patterns “without permission, without respect, without any economic consideration.” Although the brand did not respond to CNN’s request for comment at the time, creative director Wes Gordon said in a statement to The Guardian that the brand had tried to “highlight the importance of this magnificent cultural heritage” and was a “tribute to the richness of Mexican culture ».

One thought on “Mexico accuses Zara, Anthropologie and Patowl of ‘cultural appropriation’”