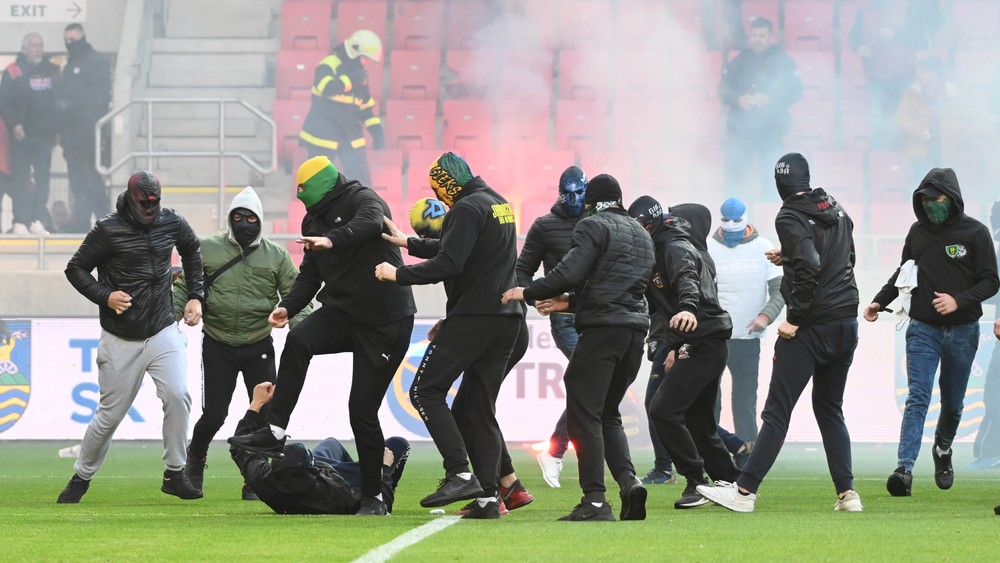 TRNAVA. The duel between the two sovereign best clubs of the Fortuna League, the hit of the 11th round and the derby of traditional rivals turned into perhaps the biggest shame in the history of the Slovak football league.

In the 14th minute, Spartaka Trnava and Slovana Bratislava were interrupted. Fans of both camps got on the field. The battle of hooligans on the football field lasted several minutes.

He accompanied the match for another half hour. Referee Filip Glova’s hands ended the television broadcast. They closed the traditional derbies prematurely.

They emptied only one sector

Police drove the spectators back to the stands, but the situation did not calm down. Rescuers had to take a Trnava fan on a stretcher in front of the guest sector. “There were several wounded on both sides,” the commentator said.

“How do we want to get people to the stadiums when this happens there? These shots do not belong on television. We are terrified of the football commercial here,” said co-commentator Marek Sapara, a former player and until recently assistant coach of Ružomberok.

During the substitutions, the fate of the meeting was solved by delegate Miroslav Bóc, referee Glova and representatives of both clubs. Ivan Kmotrík Jr., vice-president of the Bratislava club, also came to see the playing area.

Meanwhile, Slovan fans started throwing more flares. To the area and to the western tribune among ordinary spectators. “And most likely among children,” Sapara said.

“Now these are attacks on people, they must definitely come to an end of the sector. After all, it is gambling with the health of ordinary people who came to watch football,” he continued.

Only in the 28th minute did the police start emptying the Slovan sector. There were other delobuches coming from the bowels of the stadium, the Slavs could smuggle dozens of them. “If they got to the stadium with such an arsenal, it is only good that the sector is cleared out,” Zvolenský added.

The debate between the competent authorities continued between the substitutes. Slovan’s coach Vladimír Weiss Sr. gestured dissatisfactorily, pointing to the Spartacus sector.

Only Trnava players returned, but without jerseys.

When the 45th half of the first half was to take place, Arbiter Glova definitively ended the match.

“I wonder where human respect has gone. Some people today have no respect not only for other people, but also for security forces or authorities. What we are seeing is just pure vandalism, which is gaining ground through football.

I take emotions. Let there be passions. Let the goals fall. Let one rejoice in the end and the other mourn. This is how it should be. But today he lost football, “said the former Slovak representative Sapara in a live broadcast.

Even an hour after the interruption or subsequent end of the match, neither the representatives of Spartacus nor the Slavs wanted to stand in front of the cameras.

“The Slavs did not want to continue the match, because they also wanted the domestic sector to be cleaned up, which was supposed to provoke the whole situation,” said Markízy’s moderator Peter Filo.

“What happened shouldn’t have happened. It was a very bad advertisement for Slovak football. We were supposed to sing derbies, players, matches all week. Now we will be looking for the culprit all week,” said former forward Róbert Vittek in a television studio.

According to Slovan, the triggers of the conflict were dozens of Trnava fans who got to the roof of the stadium over the Slavs with the banner “Always over you”.

They allegedly threw red-black smokestacks, other pyrotechnics and stones into the sector.

“There are several factors that didn’t happen. First of all, they are people who don’t belong in the stadium. We have a long-term problem with them that neither the camera system nor the organizing service have solved.

A risky match was played and it was she who had to ensure order and safety for the fans who came to watch the football. And it didn’t happen. The pyrotechnics in the stadium had nothing to do and we saw it on both sides, “commented Vittek. 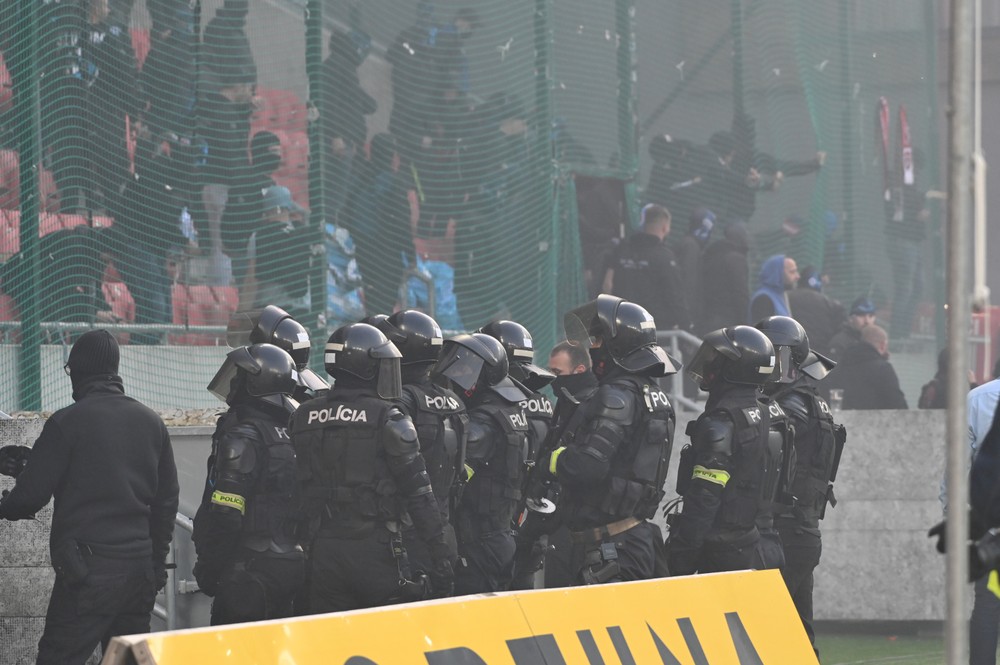 Former long-term player Slovana had his experience with fans. “I have already experienced a situation where, as an active player, I had to go ask white fans to leave the sector because we could not finish the match.

But I didn’t experience them breaking into the field during the match. I may have seen that somewhere on TV, but never on our lawns, “he added.

The match will be completed at the green table, it will be solved by the disciplinary commission. There is a risk of contumacy of the meeting as well as heavy penalties and financial fines.

“However, the people who like football paid for it the most, whether they watched it in the stands or on television. Football is made for fans and when such things happen on it, people will not go to it. Even this disgusting experience will discourage many again. from football. It will only be bad with Slovak football, “Vittek concluded.