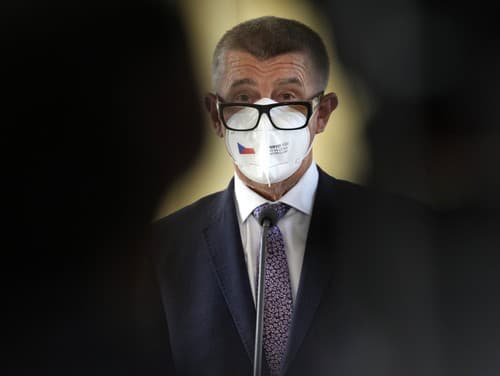 However, Babiš said that he would not use this chance, so that a new government composed of opposition coalitions TOGETHER and PirSTAN could be formed by Christmas. “Unfortunately, they enforced the rules. I originally wanted to wait for the president, but in short, I was determined a long time ago.” noted in connection with his plan not to accept a mandate to form a government.

“Of course, the president has, or had a different opinion. The last time I spoke to him (last) Sunday, he told me, ‘Andrej, I’ll give you two attempts.’ But he went to the hospital, and I didn’t want to deal with it much.” Babiš approached.

Novinky.cz writes that according to the constitution of the Czech Republic, the president has two attempts to appoint a prime minister. If in no case the appointed Prime Minister is able to gain the confidence of deputies for his cabinet, the Speaker of the Chamber of Deputies has a third attempt. On Friday, the head of the ANO Babiš movement told the Frekvence 1 radio station that he would not accept a possible commission from President Zeman to negotiate the construction of a new cabinet. “We will pass it on to the new coalition and we will be in opposition,” stated.

At the same time, on Tuesday, Babiš told him that Zeman repeated to him at Sunday’s meeting in Lány that when the time came, he would address him with the mandate to form a government as the chairman of the strongest party. Although Babiš’s movement has the largest parliamentary group, it ended up in second place in the elections and apparently has no chance of forming a government that could gain confidence in the Chamber of Deputies, Novinky.cz states.

On the contrary, the TOTAL-PirSTAN coalition has a comfortable majority of 108 votes in the Chamber. It is currently unclear whether President Zeman, who has been hospitalized at the Central Military Hospital in Prague for a week, is in a position to entrust someone with negotiations to form a government.

One thought on “Czech Prime Minister Babiš SHOCKS IN A NEW VIDEO: Post-election agreement with the president, THAN promised him Zeman – Topky.sk”