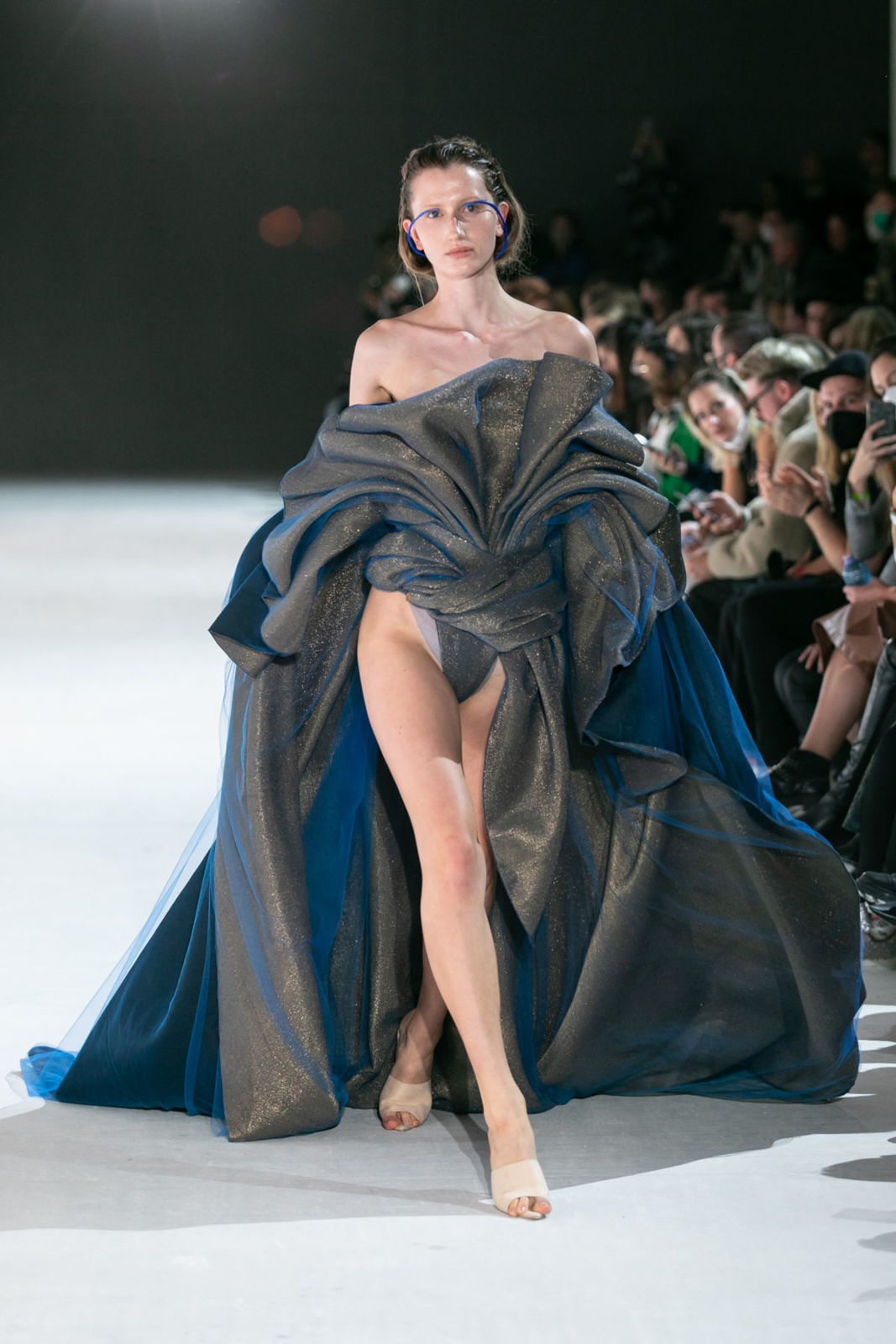 Saturday’s program of Fashion LIVE! continued with further inspections. We also watched two of them live. How were they?


Model at the Martin Hrča show on the second day of the Fashion LIVE! 2021

This time, the organizers of the program relied on proven names, which are already inextricably linked to the existence of the event. We are talking about the designer Martin Hrč, but also the PUOJD brand Michaela Bednárová – both of them presented themselves at the event in recent years and the premiere of their new collection was associated with expectations. The duo was then completed on Saturday by Veronika Kostková with her wedding creations, designer Patrik Haaz, who also returned to the Fashion LIVE! or young talent Petra Famlerová. 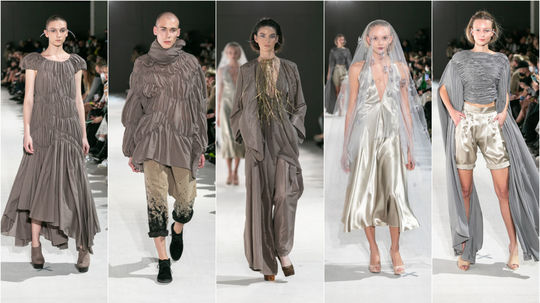 In the case of the new PUOJD collection by Michaela Bednárová, the color already caught on in the first moment. It was fresher, clearer, generally in a kind of more positive spirit. A palette of blue and greenish tones appeared on the pier, ranging from the pastel variant to the dark shades. They were complemented by color and shades of orange, reminiscent of every minute of changing color at sunset. Bednářová managed to create pleasant ombré transitions on tunic and shirt dresses or skirts, for example. The design was then dominated by the motif of lightning (at first unifying, at the end of the collection a bit repetitive), but also the motif of directly animated clouds or graphic elements of a wavy line. 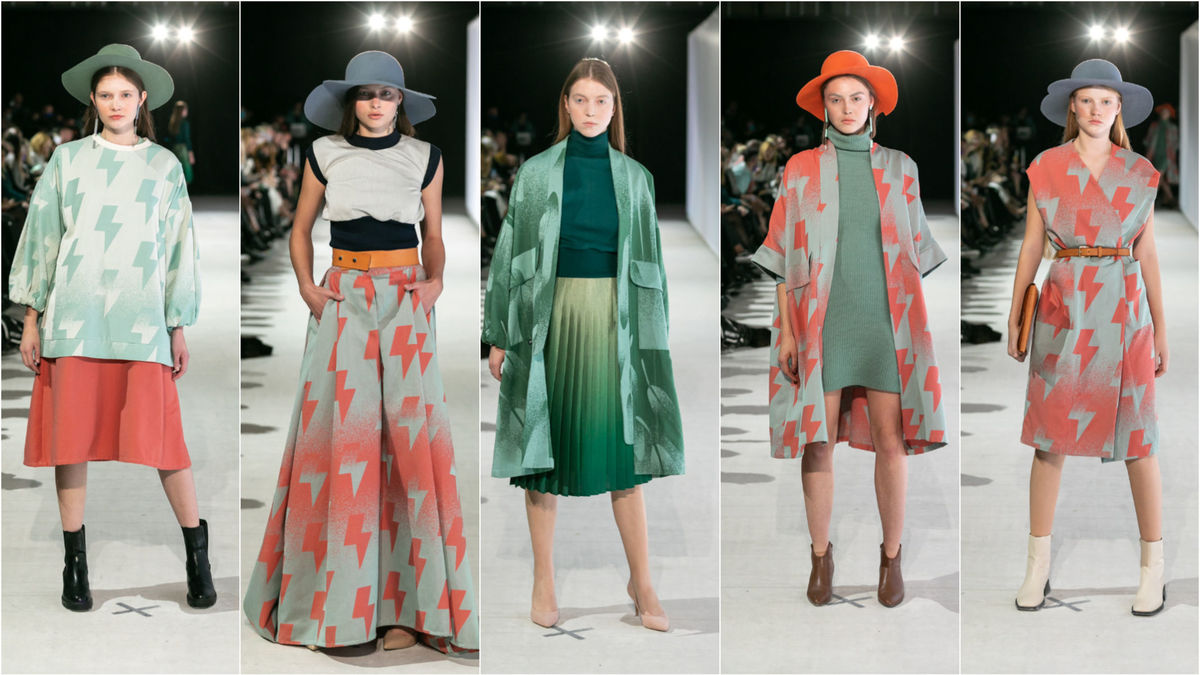 PUOJD, Fashion LIVE! Models in clothes from the Nebá collection from the PUOJD brand by designer Michaela Bednárová, which presented itself during the second day of the Fashion LIVE! 2021

The whole collection was named Heaven and, as the author revealed, it was created at a time when one of the happiest moments was looking at the sky and breathing fresh air. The positive charge was clearly felt in the concept and the latest collection also brought a certain shift in cutting solutions or work with the silhouette. For PUOJD, oversized pieces of coats with a shifted line of shoulders or an extended shirt or kimono were complemented by several models emphasizing the body. Bednárová surprised with her work with a knitwear and charming color combinations on women’s bodysuits (swimsuits). The author also included long colored skirts and tops with a highlighted stem in the collection. Surprising (although not technologically perfect) was also pleating on several skirts with the potential for business casual fashion, something that could move the PUOJD brand towards a new clientele. Bednárová has had the current one relatively limited over the years, but on Saturday the designer also ventured into unexplored waters and tried to bring fashion more refined – as if massively acceptable, let’s say more commercial. Can he succeed with her in offering relatively similar clothes in mass-market and women’s ready-to-wear, which are affordable and of decent (in some cases better) quality? The answer is still in the stars (or in the sky if you want…) 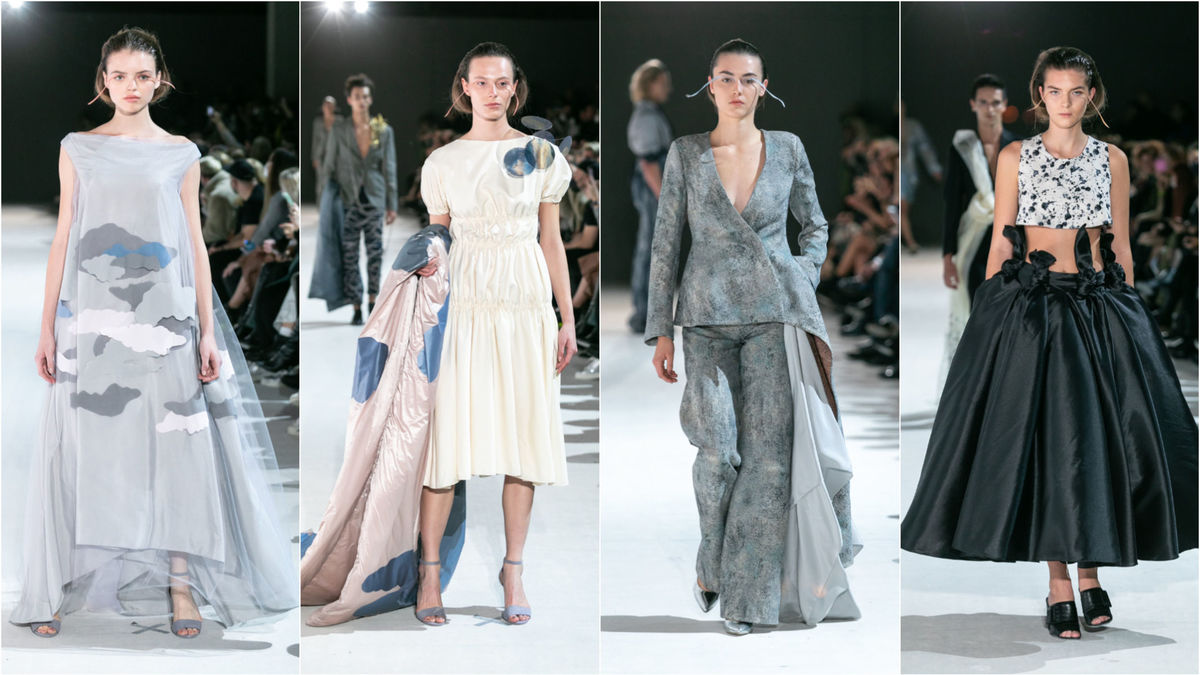 Martin Hrca, Fashion LIVE! Models and mannequins at a show of the Sféraou collection by designer Martin Hrča, who closed his second day of the Fashion LIVE! 2021

However, we can continue about the commercial potential – in the second collection, the premiere of which we personally saw in Pravda. Martin Hrča introduced the guests to Fashion LIVE! the Sphere collection, in which, in his own words, he tried to find a balance between heaven and earth for the media. The artistic talent of this Slovak designer has been tested for years and, in fact, he is expected to not only offer “ordinary” fashion. The hump is supposed to be theatrical, maybe someone would say.

But what happens if a designer of this type has to stand on a unified pier, where you can play with light and shadow, but otherwise there are not too many options for performance and “theater”? Well, then it’s my turn to dress. In Hrč’s case, perhaps the most positive fact is that he is also the author of precisely handcrafted clothes with an imaginative cut, he tries to innovate the silhouette – in short, he aspires to be the author of original fashion. On Saturday evening, he offered several excellent pieces – for example, a model of the introductory diagonally quilted rich dress with an asymmetrical skirt, which thus took on a new dimension when moving and which was followed by several other pieces within the collection. 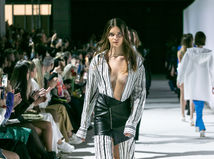 The unit also had a combination of interestingly designed women’s trousers with perfectly elaborated tops, in which a peplum ruffle was transformed into the ends of the fabric walking with the wearer. In some places, Hrč’s collection looked literally sculptural (which is not new to him). The work with the material on some models (bronze metallic minidresses or a short model in dark blue pleated around the shaft) was delicate, as if it literally shaped some parts with his hands and shaped them like metal or stone. However, the fact that it was a moving and very lively material added even more emphasis to Hrč’s talent. The unifying element was the motif of the knot, which also dominated the final model. From a technical and craft point of view, he was outraged at first sight, but there may have been too many theaters in him, even cabaret. 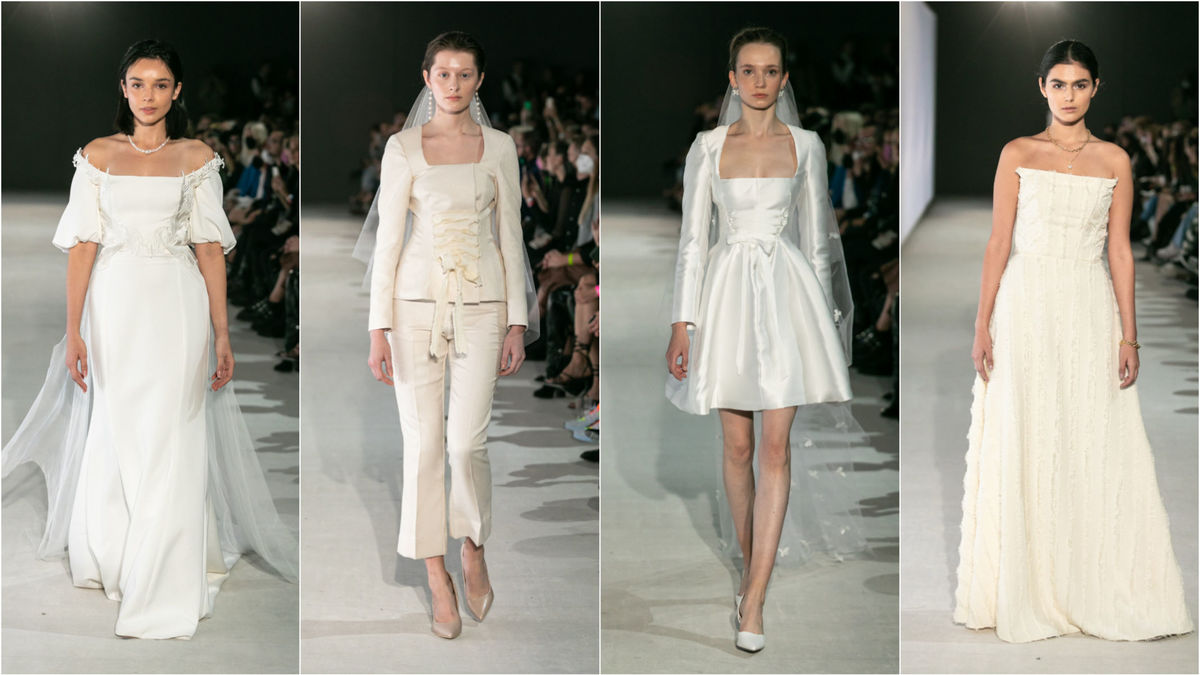 The Sféra collection also included men’s models, some of which worked perfectly on the pier (patterned wadded jacket at the knees) and others a little less (sports-tuned extended jacket lined with fur). In their domestic work, the freier and Pavol Dendis brands focus on men’s fashion, each with their own typical handwriting. Martin Hrča is particularly strong in his approach to the social version of men’s fashion, sometimes even McQueen. Jackets decorated with sewn-on contrasting applications also appeared at the show, or a model connected with a seemingly feminine element of fashion, such as the colored veil arranged on the front. They ranked among the best men’s pieces.

In the gallery you can see individual models from the shows of PUOJD and Martin Hrča, as well as a trio of other creators who presented themselves as part of Saturday’s program.

1 thought on “Inspiration from heaven, gentle brides and Hrč’s art of working with fabric: Slovak fashion tied up again – ŽENA.PRAVDA.SK”