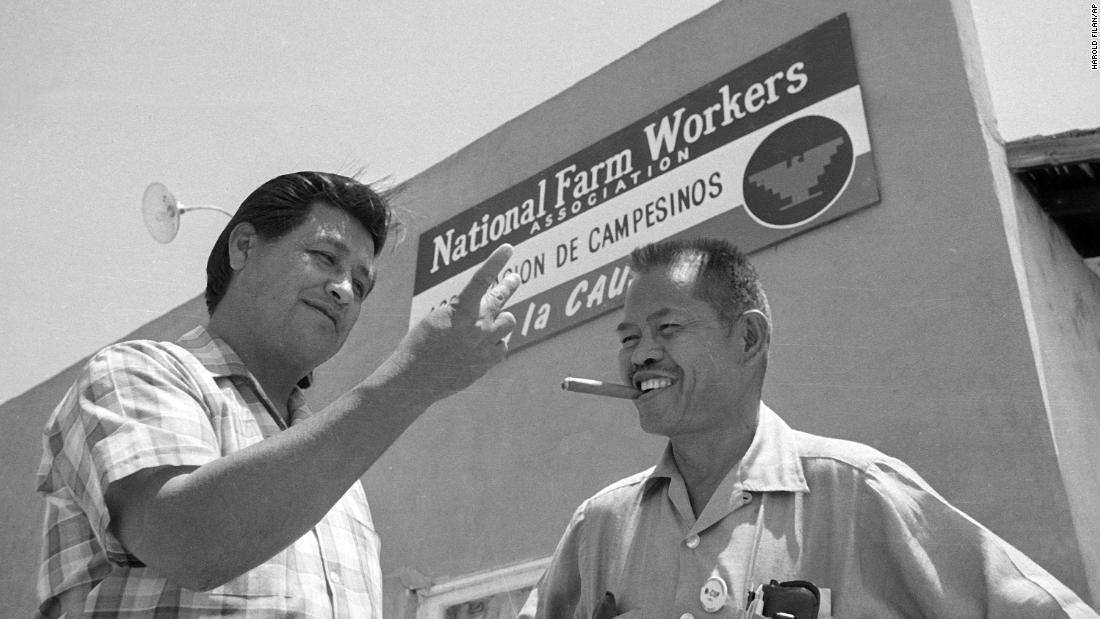 Donate US $ 1 Million Against Racism After Being Hit 1:25

(CNN) – When Jinhee Kim’s daughter went through her history book, she didn’t come across anyone who looked like her, and she asked her mother why.Mommy, why don’t we learn about the history of Asian Americans? Why are others more important? ”The elementary student asked Kim, associate professor of elementary and early childhood education at Kennesaw University. “Why are others more respected?”

About 22.9 million people in the United States identify as of Asian heritage, according to the country’s census. However, in many schools in the United States, if Asian Americans and Pacific Islanders (AAPI) are mentioned in social studies and history lessons, they are reduced to brief lines that describe mainly two topics: immigration and Pearl Harbor.

“The school curriculum does not have the AAPI stories that are needed to build who they are as American citizens,” Kim said.

Experts say this lack of representation has serious consequences for Asian students, who do not recognize themselves in the fabric of American history, and for non-Asian students, who are not taught to value contributions. of the communities with which they do not identify.

Now there is a new impulse from teachers, organizations and legislators, motivated by the increase in hate crimes against Asians and for the celebration of Asian Heritage Month, to bring a more nuanced and representative Asian-American history to the classroom.

This year, fueled in part by the mass shooting in the Atlanta area that resulted in the deaths of six Asian women, fifth grade teacher Lisa Chu wanted to broaden her students’ understanding of the history of Asians.

But the only detail in the curriculum that covered Asian history only described the entry of Asian immigrants through Angel Island into San Francisco, rather than Ellis Island through which European immigrants entered, and she made it a moment of experiential learning.

He spoke of the unequal treatment Asian immigrants received, how they were held for weeks at the port while European immigrants were typically held for only a few hours. She and her students discussed what it was like to be subjected to shameful and invasive questioning. They talked about how that deal had its roots in racism, a sentiment that hasn’t gone away.

“I think as this generation grows, the more aware they are, the more power they have to make a difference,” said Chu, who teaches in Gwinnett County, Georgia.

“My country does not treat me as a person”

Education researchers claim that denying AAPI students education about their own history not only limits their knowledge, but also detracts from their identity as Americans.

Sohyun An, a professor of elementary and early childhood education at Kennesaw University in Georgia, has researched AAPI history education in ten states, including Georgia, California, New Jersey, and Texas. He found that if there was any mention of the history of Asian Americans, it was mainly limited to the internment of Japanese Americans during World War II and to Chinese immigration and their involvement in the construction of railroads.

Although Asian descendants have been part of the fabric of the United States since its inception, students don’t know about it, he said. Instead, the lessons teach that Asian Americans are perpetual foreigners, according to An.

When An’s daughter learned about the American Revolution, she approached her mother asking if she would have been a slave in those days. He didn’t know where to fit in, he said.

Kim’s children came to her with similar questions.

“If we don’t teach the history of Asian Americans, we not only allow non-Asians to treat us as non-humans, but it is also a violence curriculum because it kills humanity and agency,” An said.

“My country does not treat me as a person.”

Kiana Kenmotsu was in sixth grade when read his own story for the first time at school.

It was a story about the internment of Japanese-Americans, an injury suffered by her grandfather, but now 18-year-old Kenmotsu said that changed everything for her.

“Every time (Asian history) was mentioned, I felt a strong impact,” he said. History is something you connect with. I was never able to connect with her.

That crucial identity formation offered through learning history can be especially challenging for students in the AAPI community because their individual experiences under many nationalities are often clustered under one Asian identity, said Sarah-SoonLing Blackburn of Learning for Justice, an organization founded by the Southern Poverty Law Center.

Or educators are too overwhelmed to even bring it up. “For Asian American students, this removes their own understanding of themselves,” Blackburn said.

The first group of 82 Japanese-Americans arrive at the Manzanar Internment Camp (or “War Relocation Center”) carrying their belongings in suitcases and bags in 1942.

But the repercussions go beyond those who identify as Asian.

Five years after Kenmotsu’s first encounter with Asian-American history, a class at his school held a judgment on the morality of internment during World War II, and the verdict reached was that the United States was right to detain the residents that the students considered a threat.

Kenmotsu said that afterwards he could not see his classmates in the eye, as he felt that they did not have the necessary knowledge to empathize and appreciate the trauma inflicted on his family throughout history.

When the history taught in the classroom is representative of all populations in the United States, it teaches students that this country belongs to many groups, not just the European immigrants represented in most of their textbooks, An said. .

Understanding other cultures and seeing their importance fosters compassion and combats the stereotype that immigrants are dangerous, he said.

Chu said that he realized that Asian history is only mentioned when an Asian population did something dangerous or when the event has been made up. It is much less common to hear the contributions Asian Americans have made to the nation.

It can also be considered unpatriotic to talk about the harm the United States has inflicted on groups of people, Blackburn said.

Without a thorough understanding of how Asian-Americans have been discriminated against and have been central to the country’s system, some students are left solely with stereotypes to complete their understanding, the researchers said.

The model minority, economic competitors, and foreigners ordered to return home, even if their families have been in the U.S. for generations, are common roles assigned to Asian Americans in times of crisis. An said.

“Stereotypes erase individuals,” Blackburn said. And without individual power, Asian Americans are stripped of their collective power, which can be used to fight for their own interests, as well as in alliance with other minority groups, he said.

A sign that reads: ‘I AM AN AMERICAN’, at the Wanto Co grocery store in Oakland, California, the day after the attack on Pearl Harbor, December 8, 1941.

Legislation and calls to action

Blackburn and organizations like Learning for Justice hope to empower teachers to make their classrooms more equitable and their curricula more representative, but others are pushing for legislation to implement the change.

The legislation, which has been passed by the House and Senate and will return to the House of Representatives for a conformance vote, would amend the Illinois School Code to require Asian American history to be taught in all schools. public.

“I didn’t see our community represented in textbooks, and it was difficult to understand who our community was in relation to all the others,” Villivalam said. “For Asian students it will be an opportunity to learn our history, the contributions our community has made.”

Although Chu said he believes it is important to expand student learning, he has doubts whether legislation to make inclusions in the curriculum is the way to do it.

“I think the idea is great, but I think people forget that social studies are already relegated to the background by almost all teachers,” Chu said. With so much on the shoulders of teachers and with the priority given to reading and math on state tests, if there is one thing that is neglected, it is social studies, he added.

Rather than add units to a lesson plan, Chu said he hopes state boards of education and districts will change their standards. And, he added, that teachers decide to delve into their own classrooms.

“Incorporate it without it becoming a separate unit by itself,” Chu said. Otherwise, he believes that the AAPI community will be viewed as a separate entity “rather than being a part of American history.”

1 thought on “Most schools in the United States teach little or nothing about the history of Asian Americans and this hurts everyone, experts say”