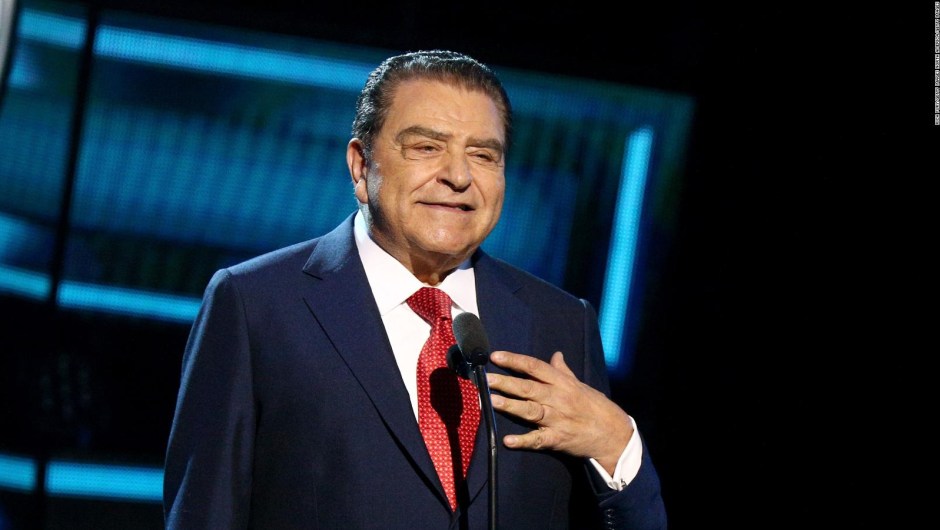 Editor’s note: Carlos Alberto Montaner is a writer, journalist, and CNN contributor. His columns are published in dozens of newspapers in Spain, the United States and Latin America. Montaner is also vice president of the Liberal International. The opinions expressed here are solely his.

(CNN Spanish) – He found, secluded in his house, the time and silence required for a true and total introspection. Among the few good things that the pandemic has left, the book should be noted With a desire to live, the memoirs of Mario Kreutzberger (Don Francisco).

The first time I heard about Don Francisco it was Joaquín Blaya, Chilean, expatriate in Miami, and president of Univision (later it was of Telemundo). “I have hired him,” he enthusiastically told me. It will be a great success ”. We were in the mid-eighties. I thought no one was going to “wag their tail” in Miami, but I didn’t tell them. I don’t like to give bad news. As almost always, I was wrong. They all wagged their tails.

Don Francisco, throughout the book, accuses (himself) several times of “macho.” It was another time. It was a total hit with Hispanics in the United States.

Everything is in his memories. Mario is a great conversationalist. Is he entertainment perfect. An entertainer? It tastes little to me. Sing, dance, say smart things. He is quick in response. An entertainer? Unfortunately, the word in Spanish does not have the wide semantic field that it has in English. It is the great communicator of emotions, sensations and reflections. He showed it again this year with the special program he presented on CNN en Español.

In his memoirs he reveals his successes and failures, his filias and his phobias, his observations on political and social reality. His unquenchable love for Temy, his wife, a truly exceptional creature. It speaks of everything human and divine.

The human is usually Giant Saturday. A successful program that began in Chile, lasted 53 years, and overflowed to occupy almost eight hours of Saturday programming. Then it gripped Hispanic immigrants in the United States for more than several decades. Giant Saturday is the biggest and longest television hit of all time, according to Guinness World Records.

The divine was the product of Mario’s Jewish character and his enormous religious curiosity. How to celebrate the fact that your parents could survive the Holocaust and had escaped to Chile? Almost every Friday night he would gather a group of friends at his home in Miami to discuss philosophical questions drawn from the Old Testament. It was his version of the sabbat. Mario was distinguished by his condition of agnostic, that is, his respect for all religions, but without joining any, because he is unable to choose (much less impose) a “true” god. Simply, as a good agnostic, does not know.

Mario Kreutzberger is interested in people. He can and does listen. But people genuinely interest you. No simulations. He is a man dominated by empathy. He is even interested in politicians, although, like everyone else, some more than others. It highlights that Ronald Reagan was able to legitimize the presence of millions of undocumented immigrants in the United States. Many of them, his viewers. He fondly remembers George Bush (Sr.). That, among Republicans. But he also has words of praise for Democrats Bill Clinton and Barack Obama. They were both very deferential to him. Donald Trump is hardly mentioned. There must be a reason.

He spent an afternoon talking with a humble Cuban who had arrived in a precarious boat with a small group of fugitives. He was moved by the story when he told him that a tropical storm started their engine, their drinking water, their food, their makeshift sail and even their compass. The story is shocking. While almost all were indulging in despair, one of them suddenly took command and managed to bring them to fruition. There was a leader in the group. That is why they did not go, like thousands of their compatriots, to the fearsome teeth of sharks.

In the book, where all Mario’s emotions are recorded, there are only two bitter moments: when he criticizes the irresponsibility of certain social networks, and when he addresses the complicated world of a supposed son, who left him a poorly written paper with “News” that he was her father. Immediately, he says, “public opinion”, through social networks, judge and condemn him. They don’t listen, he points out. They don’t hear your arguments, says the author. Mario says that he was not even in Chile when certain actors accuse him of having fathered a child. Some lend themselves to playing the game of someone who may be an extortionist. Mario undergoes the DNA test. Unequivocally, he is acquitted, but the alleged son alleges that Mario was such an influential person that he could alter the results of the laboratory. Once again they do the test. Again, the DNA agrees, but this time the sentence forces the subject, the alleged son, to pay the lawyers and the costs of the laboratory.

There are three aspects of Mario Kreutzberger’s life that are highlighted in With a desire to live, his memoir. One is your initiative in Telethon in order to raise funds for a network of special clinics that serve children with disabilities. He does it against a small group of nonconformists who rant against him in the media. It has a huge percentage of the Chilean population in its favor. As Chile has been getting richer and richer, the higher the collection. The objective of the first Telethon it was to get $ 1 million. Almost US $ 3 million were raised. In 2020, many years after that appointment with Chilean solidarity began, in the year of the pandemic, in which the presence of the animators in the studio was not possible, more than US $ 50 million were raised. A true feat.

The second aspect is how important family is to Mario. We already knew how much Temy, his wife, appreciates, but children, grandchildren, and soon great-grandchildren, are vigorously remembered.

The third, frankly, surprised me: how the personality of Don Francisco intertwines with that of Mario Kreutzberger and comes to dominate it. In any case, we are dealing with one or two fundamental characters in modern Chile. You cannot write the history of this unique country without mentioning it. I think he deserves the Nobel Peace Prize. I hope they give it to you.