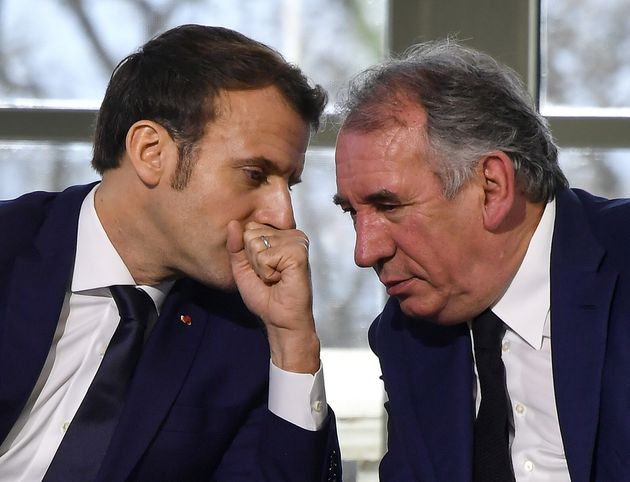 POLITICS – “Betrayed” by Emmanuel Macron’s team on the Place du Modem in the Assembly in 2017, his ally Francois Bayrou was offered financial compensation which he refused, say journalists Gérard Davet and Fabrice Lhomme in their book The traitor and the nothingness.

The authors, who specify having warned the hundred or so interlocutors that they were recording their interviews, quote François Bayrou explaining that he made an agreement with Emmanuel Macron shortly after his election in May 2017 to divide the 577 constituencies, including 144 for the MoDem.

But the next day, the secretary general of the LREM party Richard Ferrand announced only 16 constituencies for the MoDem. François Bayrou sees red but Emmanuel Macron remains silent. François Bayrou “returned to the charge and then finally he grabbed” constituencies and obtained about fifty seats of deputies, summarize the authors to AFP.

Above all, some macronists have “implied that they could pay, give us money to compensate”, write Gérard Davet and Fabrice Lhomme, citing François Bayrou who calculates, according to them, the sum of “four million euros ”.

Asked by AFP, the entourage of Richard Ferrand, who has since become president of the National Assembly, said he was “not aware” that such a market could have been offered.

A financial proposal “rejected by us without discussion”

“But these are practices that we do not endorse”, he added, specifying that for him, Emmanuel Macron “is not in small maneuvers” and that he will vote again ”obviously” for him. he presents himself in 2022.

“Any proposal for financial compensation, although common and legal between political parties, was rejected by us without discussion”, added this Sunday, October 17 François Bayrou in an interview with Sunday Newspaper.

Beyond this episode, the authors met many interlocutors who felt “betrayed” by the Head of State, including in the first place the former Socialist President François Hollande, but they did not have access to Emmanuel Macron or to his close guard.

In their investigation, they highlight the legal proceedings that seem “buried” over the disputed sale of Astom to General Electric when Emmanuel Macron was Minister of the Economy (2014-2016). They wonder about the appointment ofEric Dupond-Moretti at the head of the Ministry of Justice against the backdrop of “joint interests” of ex-president Nicolas Sarkozy and Emmanuel Macron.

They retain from their investigation of Emmanuel Macron “an opportunist inhabited by his destiny, as Alain Minc says” with “a conception of power which discredits counter-powers” ​​and which “atomizes oppositions”.

A conception which accentuates the phenomenon of “a disoriented country” which has “only one choice which will be between the extreme right and a reasonable man”, summarize for AFP the two journalists.

According to them, there are the pro-Macron, like Benjamin Griveaux who “are convinced that this strategy is“ extremely brilliant ”because the voters“ will always choose the reasonable ”. “And then you have all the others who are numerous, who tell us: but it’s very dangerous” because “if people are fed up with you, it’s chaos”.

See also on The HuffPost: Bayrou defends himself after his remarks on the middle class at 4,000 euros

One thought on “The Macron team “betrayed” Bayrou in 2017 and tried to buy it, say journalists Davet and Lhomme – The HuffPost”