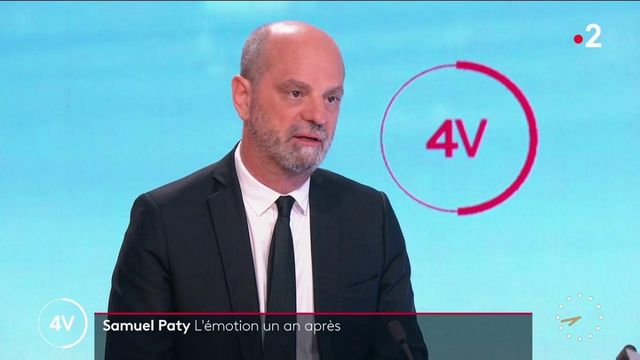 These rare incidents are of “variable nature”, specified the Minister of National Education, evoking in particular “interruptions during the tributes”.

Millions of students in France commemorated the memory of Samuel Paty on Friday, October 15. On the sidelines of these tributes to the history-geography teacher killed a year ago, 98 incidents have been recorded in schools, said Saturday, October 16 the Minister of National Education, on the set of “4 Truths” from France 2. “These are incidents of varying nature: interruptions during tributes, a student who says anything or a student who is threatening “, said Jean-Michel Blanquer.

>> Assassination of Samuel Paty: follow the tributes to the professor

“All this remains very isolated cases and that we are treating, there is a follow-up”, added the minister. Jean-Michel Blanquer had warned Thursday that in the event of disturbances during the tributes the concerned would be “sanctioned”. “There are 60,000 schools and schools in France. Compared to everything that had happened after Charlie Hebdo and the Bataclan, or when last year we had a minute of silence, it is very sharp drop “, he also assured.

“Samuel Paty is an emblem, an emblem of freedom, and therefore an emblem of the Republic and for that, we must show a form of strength and serenity”, also declared Jean-Michel Blanquer, questioned on the importance of paying homage to the professor. “This tribute, which began [vendredi], is there to show that there is a force of good values, that is to say the values ​​of France and the Republic “, he added.

Several commemorations in memory of the teacher are also held on Saturday. Ucommemorative plaque in tribute to Samuel Paty was inaugurated at the Ministry of National Education. Samuel Paty’s family must also be received by Emmanuel Macron at the Elysee Palace.

One thought on “VIDEO. Assassination of Samuel Paty: 98 incidents recorded during tributes in schools, – Franceinfo”