Zeman’s wife begs for tolerance, she did not specify the state of the president – PRAVDA.sk 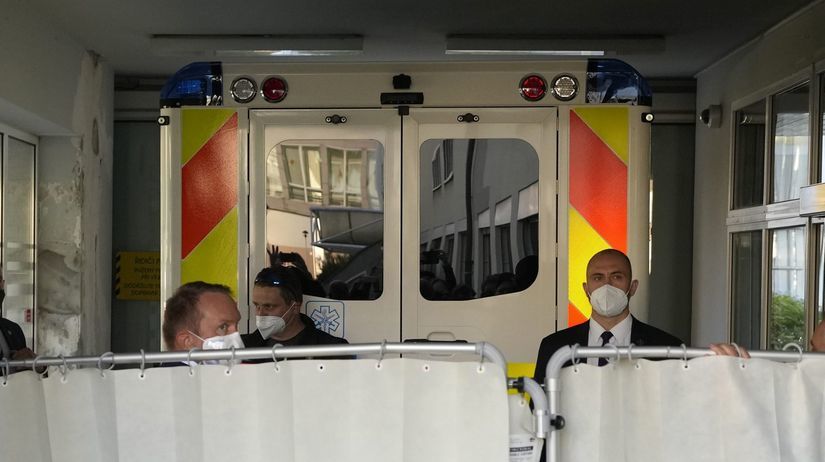 The wife of the Czech President Ivana Zemanová asked the public for tolerance and for respecting her husband’s health. Zemanová appeared in front of the media on Thursday at 4.00 pm with a prepared statement.


An ambulance with Czech President Miloš Zeman arrives at the Central Military Hospital in Prague on October 10, 2021.

“I can confirm that he is currently (Miloš Zeman) undergoing treatment that will take time. I consider speculation about diagnoses and prognoses to be very unethical, to say the least… Most of all, I want my husband to recover. I want to ask you for your patience and the time needed to be able to gain strength. He is not the only president who fell ill during his term of office, “said Ivana Zemanová during a short press release.

Statement by the President’s wife, in which she asked for patience and time for Miloš Zeman to have the opportunity to gain strength. pic.twitter.com/BNrg8A1MpP

At the beginning of the week, President Zuzana Čaputová sent Zeman a personal letter in which she wished him a quick recovery. The spokesperson of the president, Martin Strižinec, informed.

“Dear Mr. President, I know that you are going through difficult times, so I will allow you to wish you a lot of health and strength, as well as a quick recovery,” Čaputová addressed Zeman.

On Sunday, Zeman was transported to the Central Military Hospital in Prague by a mobile intensive care unit. Its director did not disclose details of the presidential state, citing that Zeman did not have his consent. Neither the President’s Office nor the hospital disclose details of the hospital condition. Zeman’s spokesman Jiří Ovčáček claims that health problems do not prevent the president from exercising his constitutional powers.

One thought on “Zeman’s wife begs for tolerance, she did not specify the state of the president – PRAVDA.sk”