Why is there a crisis in the global supply chain and how could it affect your daily life? 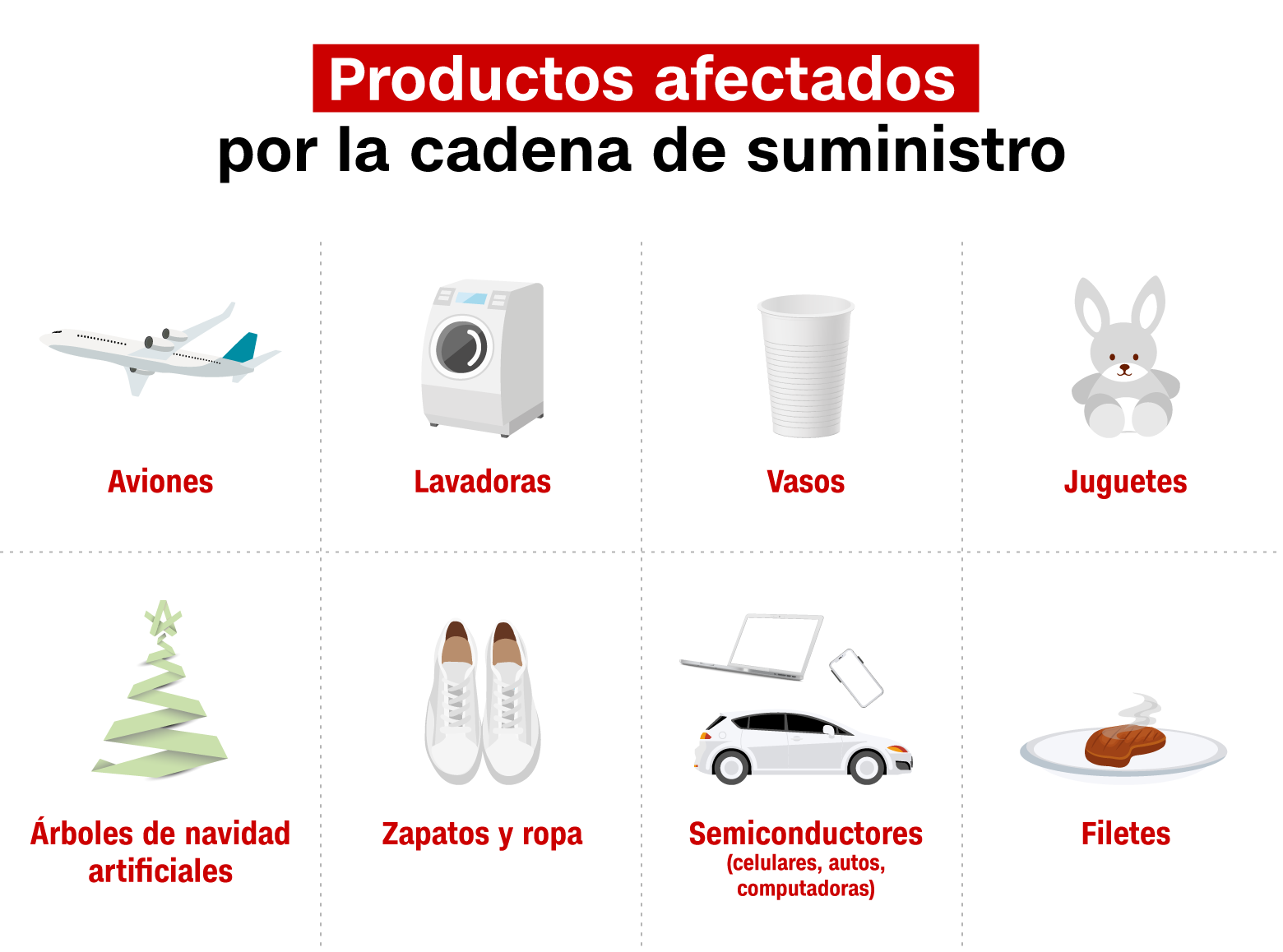 What happens to the supply chain in the world? 2:59

(CNN Spanish) – The world’s economic recovery from the crash caused by the COVID-19 pandemic has run into a huge hurdle: mounting tensions in the global supply chain.

The International Monetary Fund (IMF) already lowered its US growth forecast for 2021 on Tuesday by one percentage point, the most for any G7 economy.

Bottlenecks in the supply chain have led to shortages of a range of goods and an astronomical rise in shipping costs, which are driving up consumer prices, the IMF noted.

Meanwhile, inflation in factories in China hit record levels as the world’s second-largest economy grapples with an energy crisis and mounting debt problems.

Disruptions in the supply chain

“As the global economic recovery continues to gather steam, what is becoming increasingly apparent is how it will be hampered by the supply chain disruptions that are now popping up around every corner,” Moody’s Analytics wrote in a report Monday.

“Border controls and mobility restrictions, the unavailability of a global vaccination certificate, and pent-up demand from being stagnant at home have combined for a perfect storm in which global production will be hampered because deliveries are not done on time, costs and prices will rise and GDP growth around the world will not be as strong as a result, “Moody’s wrote in the report.

According to World Bank estimates, the global economy contracted 3.59% during 2020 and as a result of the restrictions imposed to deal with covid-19. IMF projects a 6% rebound by 2021.

Some effects of the crisis on the global supply chain are already being felt: a shortage of computer chips, port congestion, a severe shortage of truckers.

But there could soon be difficulties in accessing a larger number of goods, especially with the approaching Christmas shopping season.

“Supply chains are like the light, when you turn it on and off you don’t think about what happened so that the light came to your office. You only worry when one day you turn on the light and it doesn’t work,” he told CNN Ricardo Ernst, professor of logistics and global operations at Georgetown University.

“There have been a series of elements that have created disruption in the distribution chains, and the biggest is the covid,” he added.

Ernst highlighted that 90% of the products in the world are moved by ship and that a large part of them come from China. He pointed out that the contagions and restrictions imposed by the pandemic affected workers at the port terminals, “breaking” the chain numerous times.

“Every day the world is more interrelated and more interconnected, add to that what happened in the Suez Canal,” he said, referring to the Ever Given ship that jammed in March in the passage, affecting global trade.

The fragility of supply chains

“The global supply chain is very fragile and relies on both a sailor and a truck driver to deliver goods,” said Stephen Cotton, ITF general secretary. “The time has come for heads of government to respond to the needs of these workers.”

In September the International Chamber of Shipping (ICS) and other industry groups warned of a “collapse of the global transportation system” if governments fail to restore freedom of movement to transportation workers and prioritize them. to receive vaccines against covid-19 recognized by the World Health Organization (WHO).

Look at the bottleneck of cargo ships 3:53

They did so in an open letter to the heads of state who attended the United Nations General Assembly.

At the peak of the crisis in 2020, 400,000 sailors were unable to leave their ships to make routine changes, some working up to 18 months after the end of their initial contracts, according to the ICS.

While these numbers have improved, crew changes remain a major challenge. Some travel restrictions were reimposed as a result of the delta variant of the coronavirus and carriers continue to face a large number of vaccination and testing requirements just to do their job. These are often imposed without notice, said Guy Platten, ICS secretary general.

In this context of tension on global supply chains, another element of concern appears: the energy crises that are already hitting different parts of the world and that may have effects on the economy.

The cost of wholesale natural gas has skyrocketed to record highs in the UK, France, Spain, Germany and Italy. Household and business bills have already skyrocketed, and could rise further as the cold approaches and more fuel is needed for electricity generation and heating systems.

There is a complex web of factors that explain the situation. A cold spring depleted natural gas inventories. Rebuilding stocks has been difficult, thanks to an unexpected jump in demand as the economy recovers from COVID-19 and a growing appetite for liquefied natural gas in China. Russia is also supplying less natural gas to the market than before the pandemic.

China and India, two of the largest economies in Asia and the world, are also facing their own energy crisis that is exacerbated by the inability to cope with the high demand for coal.

The price of thermal coal, which is used mainly to generate power, has been rising accordingly. Futures climbed 11% on Tuesday on the Zhengzhou Commodity Exchange to hit a new record of nearly 1,508 yuan (US $ 234) per metric ton. This rise came after an 8% increase on Monday.

Meanwhile, high oil prices in the United States are once again above US $ 80 a barrel – these values ​​have not reached these since 2014 – a blessing for the energy industry, hit during the pandemic, but bad news for the recovery economic as the boreal winter approaches.

One thought on “Why is there a crisis in the global supply chain and how could it affect your daily life?”