Archery attack in Norway: what do we know about the “terrorist act” which killed five people on Wednesday evening? – South West 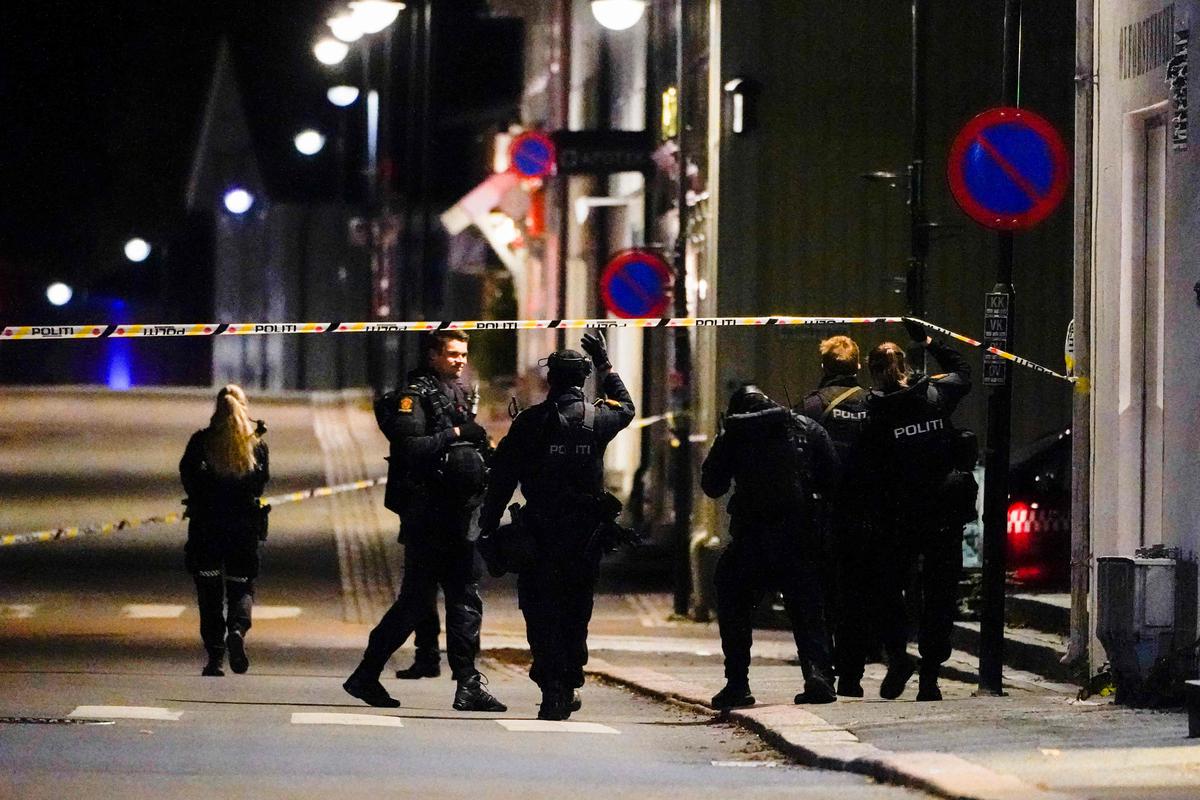 The suspect is a 37-year-old Dane who has been the subject of “fears of radicalization” in the past. According to the Norwegian security services, it would be a “terrorist act”

The alleged perpetrator of a archery attack that killed five people on Wednesday evening in Kongsberg, in south-eastern Norway, is Espen Andersen Bråthen, a 37-year-old Dane who converted to Islam, Norwegian police said on Thursday. Here is what we know the day after this deadly attack.

The attack took place Wednesday in several places over a large area of ​​Kongsberg, a small town of about 25,000 inhabitants about 80 kilometers west of Oslo, including in a supermarket where a police officer, who was not while not in service, was injured. Alerted at 6:12 pm, the police arrested the suspect more than half an hour later, at 6:47 pm They came under fire from arrows at the time of the arrest and had to fire warning shots.

Five people, four women and a man aged between 50 and 70 died and three others were injured in the attack which shocked the peaceful Scandinavian kingdom. None of the injured were in critical condition. The press published photos of black arrows, obviously of competition, lying on the ground or, for one of them, firmly embedded in a wall. Police say the suspect also used other weapons, the nature of which has not been specified.

A woman, Hansine, who partially witnessed the attack, told TV2 that she heard a commotion and saw “a man around the corner with arrows in a quiver on his shoulder and a bow in his hand.” Afterwards, I saw people running for their lives. One of them was a woman who held a child by the hand. “

What do we know about the suspect and his motivations?

On Thursday, Norwegian police presented the suspect as a 37-year-old Dane, a certain Espen Andersen Bråthen. “This is about a convert to Islam,” said Norwegian police official Ole Bredrup Saeverud. “There have been fears related to radicalization previously,” he added, adding that these fears dated back to 2020 and before, and that they had given rise to police monitoring. “We are relatively certain that he acted alone,” said Ole Bredrup Saeverud.

Without raising the level of alert in the country, the Norwegian security services considered that “the events in Kongsberg have the appearance of a terrorist act at this stage, but the investigation […] will clarify more clearly what motivated them ”.

The suspect admitted to the facts during his questioning, police said. This Danish national, residing in Kongsberg, was heard by investigators overnight and must be presented to a judge on Thursday or Friday with a view to his remand in custody. According to his lawyer, Fredrik Neumann, he is cooperative. “He explains himself in detail, he speaks and cooperates well with the police,” he said. He will be presented to a judge on Friday for pre-trial detention. According to the prosecutor in charge of the case, he must also undergo psychiatric examinations.

According to Norwegian media, Bråthen has been the subject of two court rulings in the past: a ban last year from visiting two close family members after threatening to kill one of them and a burglary and purchase of hashish in 2012.

The attack, with an unusual modus operandi, occurred on the last day of the mandate of Conservative Prime Minister Erna Solberg, who is due to hand over the reins this Thursday to a new center-left government led by Jonas Gahr Støre, winner of the parliamentary elections of September 13. The latter deplored “horrible acts”.

“We are horrified by the tragic events in Kongsberg”, also reacted King Harald V, while the head of the UN, Antonio Guterres, said in a tweet “shocked and saddened”. In response to the attack, police, who are usually unarmed, will temporarily carry weapons across the country.

Several planned Islamist attacks have been foiled in Norway in the past. But the peaceful Scandinavian nation has been bereaved by two far-right attacks in the past decade. On July 22, 2011, Anders Behring Breivik killed 77 people by detonating a bomb near the seat of government in Oslo, killing eight, before opening fire on a Labor Youth rally on the island of Utøya, causing 69 other victims.

In August 2019, Philip Manshaus also shot in a mosque near Oslo, before being overpowered by worshipers, without causing serious injuries. He had previously racially shot his adopted half-sister, of Asian origin.

Stress is a part of life, but burnout doesn’t have to be

This is how the deadly shooting of “Rust” happened, moment by moment

One thought on “Archery attack in Norway: what do we know about the “terrorist act” which killed five people on Wednesday evening? – South West”