End of Operation Barkhane: what strategy for the French forces in the Sahel? 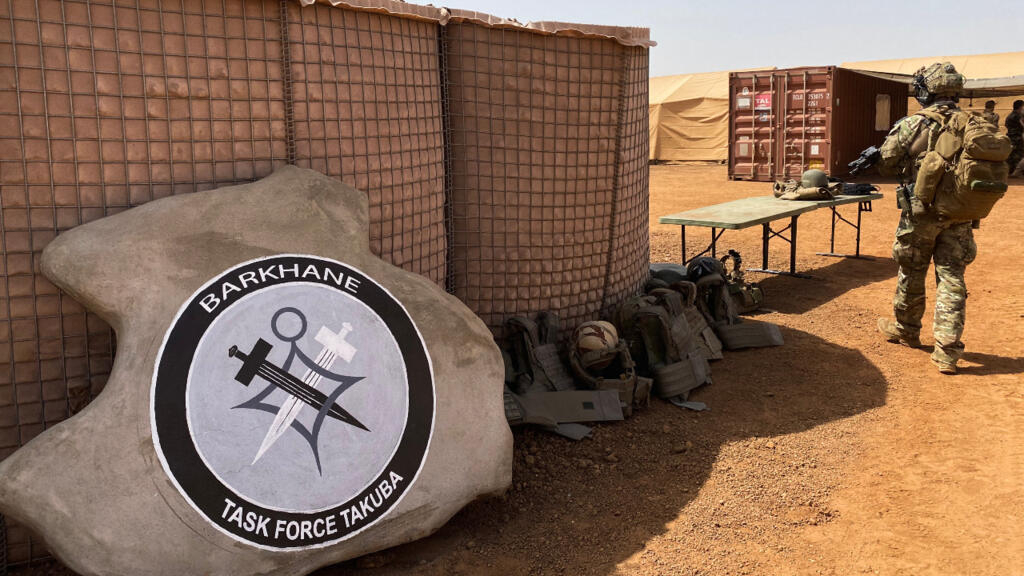 France began on Tuesday the final phase of the withdrawal of soldiers from the Kidal base in northern Mali, as part of the French military redeployment in the Sahel announced in June. A reorganization that aims to concentrate the fight against terrorism in the region of the three borders, and gradually transfer military command to the African armies. Explanations.

The French army began, Tuesday, October 12, its withdrawal from northern Mali. Nine years after the start of the French intervention aimed at pushing back the jihadist advance towards the capital Bamako, Paris now intends to gradually reduce its troops and transfer the command of military operations to the African armies present on the ground. An approach misunderstood by the Malian Prime Minister, who denounced a lack of consultation and accused France of “abandonment in the air”, while the security situation in the country continues to deteriorate. How will this French military redeployment be organized and what impact will it have on the fight against terrorism in the Sahel? France 24 takes stock.

Reduction of ground forces and focus on aviation

“A profound transformation of our military presence in the Sahel”. On June 10, President Emmanuel Macron announced the end of Operation Barkhane for the benefit of a mission “to support, support and cooperate with the armies of the countries of the region”. A month later, he details the schedule with a gradual withdrawal of troops which should begin in early 2022 to go from 5,000 to 2,500 or 3,000 soldiers by 2023. A project that includes the closure of three military bases in northern Mali, in Kidal, Timbuktu and Tessalit, to refocus the fight against terrorism and “stem the spread of the threat to the south”, in the words of the president. Among the soldiers destined to stay, there are military trainers, but also a contingent of French special forces responsible for tracking down jihadists in the Sahel.

Another key element of the French counterterrorism mission: aviation. While ground forces will be halved, France maintains the presence of its seven fighter jets as well as six armed drones, the use of which has become essential in the fight against terrorism. “For a long time the French army has been asking for this technology which makes it possible to strike quickly and hard at the right place” explains Jean-Paul Paloméros, former Chief of Staff of the Air Force, contacted by France 24. “These drones, which have enriched our arsenal for two years, act in perfect complementarity with combat aircraft which have greater strike power ”he underlines. “This technology, which enabled France to eliminate several jihadist leaders, today represents for them the most acute threat. Because on a terrain like the Sahel, which represents the size of Europe, the effectiveness of French military deployment has long shown its limits ”.

Redeployment to the three borders area

In addition to the development of resources, France wishes to disengage from northern Mali to redirect the anti-jihadist fight towards the three-border area, considered today as the nerve center of terrorism in the region. Because in recent years, the security crisis has spread to several neighboring countries of Mali, in particular Niger and Burkina Faso. In 2021, the UN humanitarian office identified nearly 300 incidents that caused the death of 650 people in this sensitive area, pointing to an increase in jihadist attacks.

France will therefore redeploy its troops to the military bases of Gao and especially Menaka, closer to the border with Niger and which currently houses the command of Tabuka, the grouping of European special forces. This international force, with 600 soldiers from eight European countries, has the mission of training, training and supporting the Malian armed forces in combat. At the same time, the French base in N’Djamena, in Chad, is also maintained, and France intends to strengthen its presence in Niger. The Niamey military base, which already houses the post of commander of the G5 Sahel joint force, bringing together soldiers from Mauritania, Mali, Burkina Faso, Niger and Chad, “will be very strongly muscled”, announced in July Emmanuel Macron.

Although the security situation remains volatile in North Mali, Emmanuel Macron believes that it is France’s duty to initiate a gradual withdrawal: “I think that we are not intended to stay, that’s why we are in the process of closing bases. (…) The Malian state must above all return ”, he explained at the Africa-France summit on October 8, 2021. A position strongly criticized by the Malian Prime Minister at the UN General Assembly, where he has criticized a lack of consultation and qualified the French withdrawal as “abandonment in full flight.” In Mali “those who demonstrated against the French presence are delighted with this departure, but some also fear for the future” explains to France 24 Boubacar Haidara, political scientist at Science-Po Bordeaux and at Ségou University in Mali. “It is clear today that the Malian state does not have the means to invest all of the North” underlines the researcher.

An observation shared by Wassim Nasr, specialist in jihadist movements at France 24: “North Mali is beyond government control: this area is governed by Tuareg factions with a strong jihadist presence from the GSIM (Support Group for Islam and to Muslims), of which Al-Qaeda is a part, and which manages disputes between citizens in places, ”he explains. “The security situation in the north is far from being resolved but for Paris, redeployment is above all a matter of priority because the progression of GSIM and the Islamic State group in the center represent a greater threat to regional stability”.

On October 12, the day of the departure of the last French convoy from the Kidal base, Colonel Pascal Lanni, spokesman for the staff, specified that a French detachment from Barkhane would remain there to provide “reassurance. “from partners in France. The UN peacekeeping force, Minusma, which has 1,300 Guinean and Chadian soldiers in Kidal, maintains its strength, alongside the 400 soldiers of the Malian forces.

“The departure from North Mali is not a surprise, France has been considering it for a long time” underlines Jean-Paul Paloméros. “The priority today is not to regain control of the entire region, but to contain the threat by taking key points where the population is located as well as the lines of communication. The Malian forces have been trained in this direction. The Minusma, for its part, must play its role of peacemaker. France will continue to conduct targeted operations from a distance. Otherwise, the foreign military presence cannot be a solution. This is a national policy problem that only Mali can deal with, ”he concludes.

Mercato – PSG: Zinedine Zidane is under pressure for his future! – The 10 Sport

Covid-19: China confines the four million inhabitants of the city of Lanzhou – franceinfo

One thought on “End of Operation Barkhane: what strategy for the French forces in the Sahel?”