South American qualifiers heading to Qatar 2022: the matches and schedules of a key date 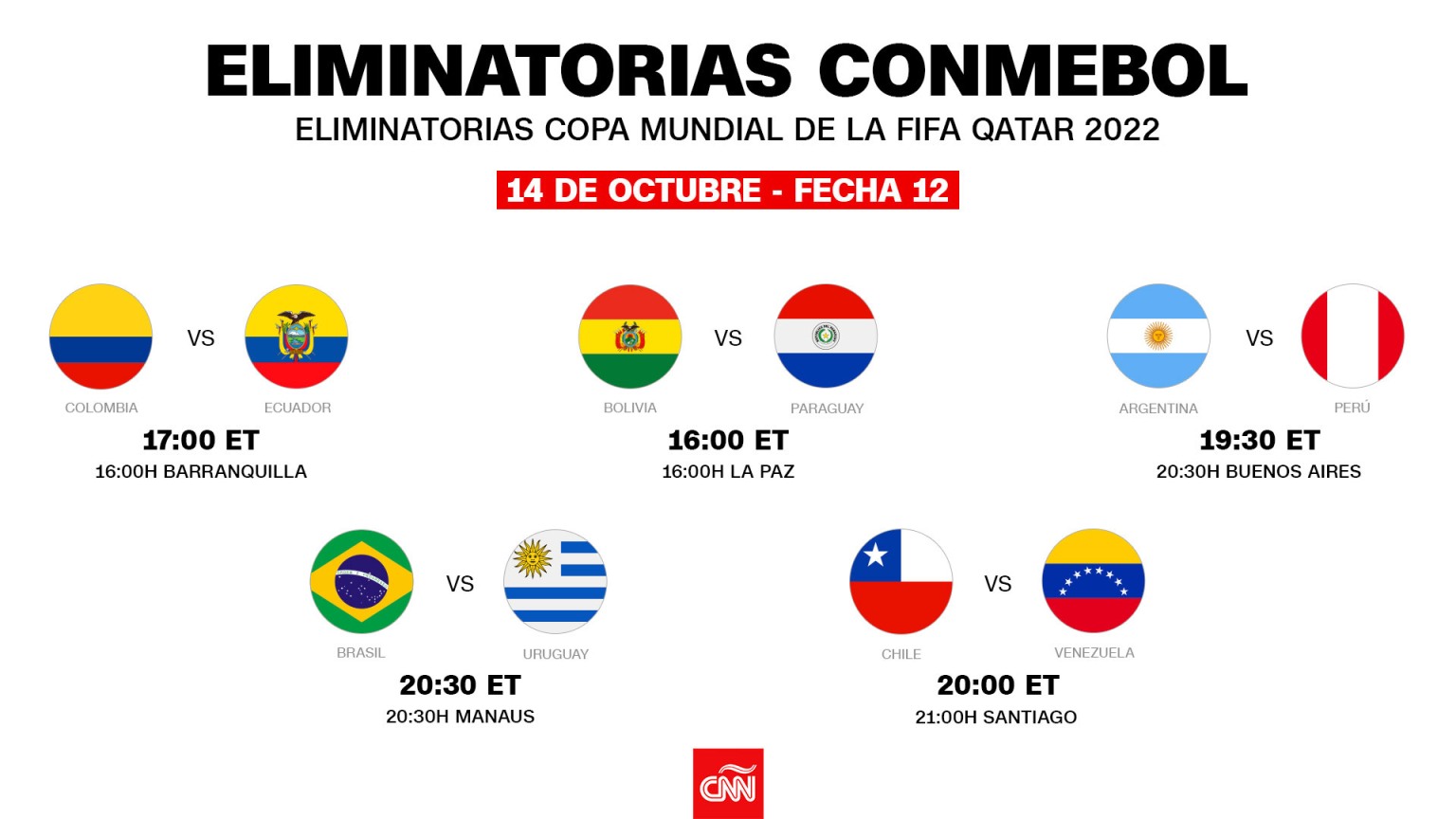 Messi and Argentina shone against Uruguay 1:46

(CNN Spanish) – Times are getting shorter: fewer and fewer games remain and each point is worth gold. For this reason, the South American qualifiers will have another key day on Thursday towards the Qatar 2022 World Cup, in which some teams can begin to seal their fate, both for better and for worse.

With Brazil as the only leader (although without an ideal score after their draw as a visitor from Colombia) and Argentina on a firm course, several teams need to add three points on this 12th Round of the Qualifiers to stay in qualifying positions or aspire to improve your chances.

Precisely Brazil, which has 28 points, will be local in Manaus against Uruguay (16), which is still in fourth position but has just been thrashed by Argentina in Buenos Aires.

Precisely the team led by Lionel Messi will once again appear before their public at the Monumental stadium. With 22 points and the game with Brazil pending resolution, he will seek a victory against Peru that will leave him with one foot in Qatar 2022. The team led by Ricardo Gareca, meanwhile, has 11 points, is 4 from the playoff position and you just need to win.

Colombia (15 points) and Ecuador (16) will play a defining match in Barranquilla. The locals equalized against Brazil, but for now they are out of the direct classification to the World Cup and should play a playoff. The Ecuadorians arrive after an unforeseen defeat against bottom Venezuela, which generated harsh criticism for Argentine coach Gustavo Alfaro.

Paraguay is another of the teams that are obliged to win this Thursday, and has a risky visit at the height of La Paz. The Guarani, led by Argentine Eduardo Berizzo, have 12 points and cannot give up points against Bolivia, which is second to last with just 9 points.

In the remaining match of matchday 12, Chile will host Venezuela. The “Red”, who did not play the World Cup in Russia, will have one of the last chances of maintaining qualification chances. He has only 10 points and cannot resign units in Santiago.

Games and positions of the South American Qualifiers

One thought on “South American qualifiers heading to Qatar 2022: the matches and schedules of a key date”