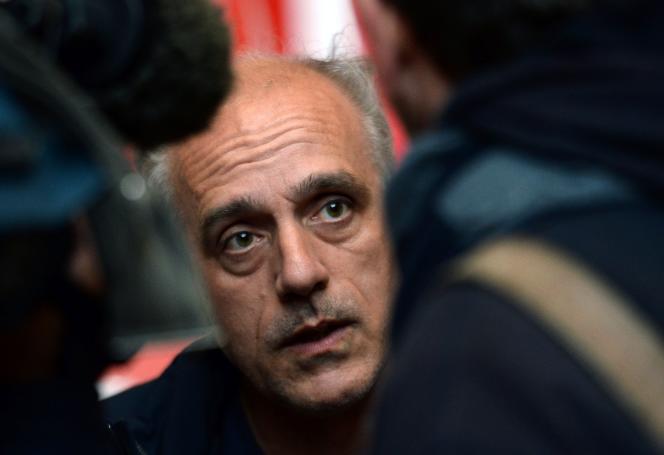 The Minister of the Interior, Gérald Darmanin, announced Thursday, October 14 that he was going to file a complaint against Philippe Poutou, the candidate of the New Anti-Capitalist Party (NPA) in the presidential election, because of his statements about the police on Franceinfo Wednesday evening. Mr. Poutou said in particular that a “Fifteen young people [étaient] killed by the police annually ”.

“Mr. Poutou’s remarks towards the police are insulting and unworthy of an elected representative of the Republic. In the name of the ministry, and to defend the honor of all the police officers, I file a complaint ”, wrote M. Darmanin on his Twitter account. The complaint will be filed for “Public insult”, said his entourage to Agence France-Presse (AFP).

“The police kill, obviously the police kill”, Mr. Poutou said Wednesday evening on Franceinfo. “Steve [Maia Caniço] in Nantes, in Marseilles during a demonstration of the “yellow vests” a lady who closed her shutters, Rémi Fraisse a few years ago… We would have to see the figures precisely, but, in the working-class districts, it is about fifteen young people who are killed by the police annually ”, he continued. “The police have killed and they are killing. Afterwards, we can discuss: assassination, murder, accident or blunder, or self-defense of course ”, added Mr. Poutou.

🗣️ “Obviously the police kill. There is police violence” affirms this evening in #VIPol, @PhilippePoutou who… https://t.co/u5baioyfJc

Mr. Poutou, municipal councilor of Bordeaux, was questioned about police violence following remarks by Dominique Lanoë, deputy (La France insoumise, LFI) to the mayor of Cachan (Val-de-Marne). “I believed that the aim of the police was to protect the population, not necessarily to have weapons to kill them, because that is the meaning in good everyday French”, had declared Mr. Lanoë during the municipal council of September 30.

In a statement released on Wednesday, the City of Cachan denounced a ” video montage (…) voluntarily altering the reality of the words and facts of this public meeting “. “Uncontrolled remarks were made” thanks to a debate launched by the “Elected representatives of the opposition on the arming of the municipal police”, she added.

On Wednesday evening, Mr. Darmanin asked the mayor of Cachan, the socialist Hélène de Comarmond, for explanations of these remarks “Unacceptable”, in a letter known to AFP. The Alliance police union released a statement on Twitter welcoming the minister’s support: “Hate antiflic, the Minister of the Interior proves us right”, he “Calls the mayor of Cachan to account following the shocking remarks of an elected LFI”.

Read the survey: Article reserved for our subscribers Police, history of a contested institution

Steve Maia Caniço, a 24-year-old presenter, disappeared during a police operation intended to put an end to an electro evening on the banks of the Loire on the night of June 21 to 22, 2019. His body was found a month later. A sub-prefect and a police commissioner were indicted for manslaughter in this case.

In Marseille, at the beginning of December 2018, Zineb Redouane, an 80-year-old Algerian woman, died after being hit in the face by shrapnel from a tear gas canister in her apartment at 4e floor, during a demonstration of “yellow vests”. The investigation, disoriented in Lyon, is underway.

Rémi Fraisse, a young environmental activist, was killed by an offensive grenade in 2014 during violent clashes on the site of the controversial Sivens dam (Tarn). March 23, the Court of Cassation has definitively validated the dismissal returned in January 2018 in favor of the gendarme who threw the grenade.