In France, the end of free anti-Covid tests revolts the refractory 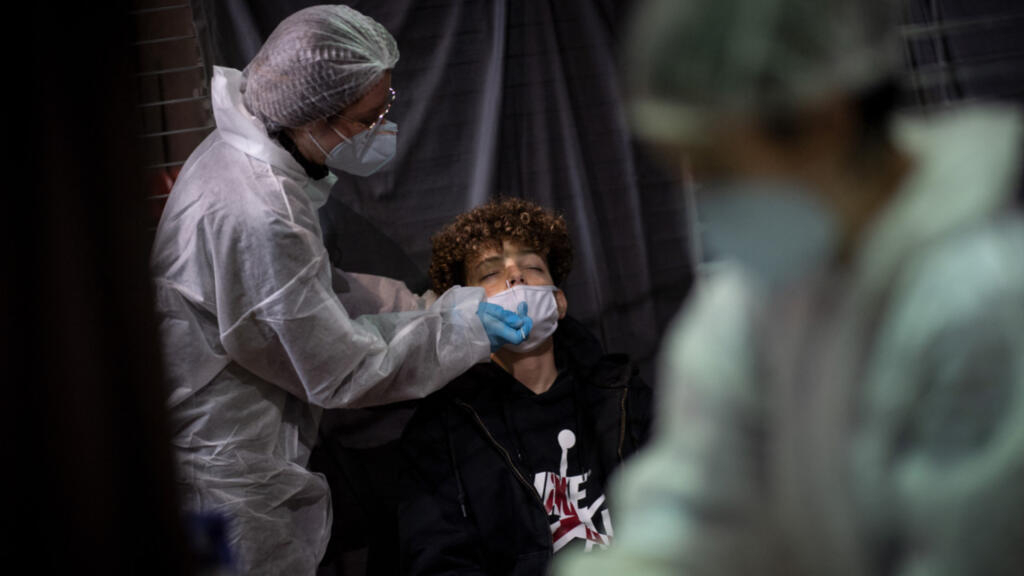 As of Friday, the so-called “comfort” Covid-19 detection tests will no longer be systematically covered by Health Insurance in France. This measure enraged the health and anti-vaccine passwords, but it did not convince them to give in to the incentives for vaccination.

Ended support for “comfort” testing. President Emmanuel Macron had announced it on July 12, the measure comes into force on Friday October 15. As of this day, PCR and antigenic tests will no longer be “automatically covered 100% by Health Insurance”, reminds the French government on its website.

To encourage the population to screen themselves and thus contain the spread of the epidemic, these tests were paid for since the start of the health crisis. But since the arrival of the vaccine, it is “no longer legitimate to pay for excessive comfort tests at the expense of taxpayers”, explained the Prime Minister, Jean Castex, at the end of September, in an interview with Echoes.

Every day, in fact, around 500,000 people – most of the time unvaccinated people wishing to obtain a health pass – use a test for Covid-19. In his interview, the head of government said that the end of the cost of these tests was also intended to “continue to encourage people to be vaccinated”. A measure put in place on Monday in Germany, while a minority of European countries continue to maintain this support, like Denmark or Austria.

But whether these tests are “free” or paid, that does not change anything for the sanitary pass, most of which are also anti-vaccine. On social networks, “anti” groups are always more upbeat, and their members do not skimp on comments, between mistrust and mistrust. Some take offense but refuse to give in, others exchange contacts to obtain false passes.

“Pay 44 euros to come see your firstborn in the hospital?”

“The fact that PCR tests become paying is just another ignominy,” says Marie, interviewed by France 24. This nurse, who worked in nursing homes, refuses to be vaccinated and therefore plans to retrain after her maternity leave. For the follow-up of her pregnancy, she says to have been “forced” to be tested but, opposed to the sanitary pass, she has so far simply avoided establishments requiring the presentation of this certificate.

A few days before her childbirth, the end of the free Covid screening tests the revolt: “My companion will have to pay 44 euros to come to see his firstborn in the hospital? Is that normal?”, Asks she does.

In addition, deplores the nurse, “the caregivers who still want to continue working by ‘proving’ their negativity by PCR will no longer be able to do so, because everyone knows very well that we go to work to earn money, and not the reverse.”

On its site, the government specifies, in fact, that “the prices to be paid will be identical to those currently covered by Health Insurance”, and vary according to the type of test and the professional who performs it. For RT-PCR tests, carried out by medical biology laboratories, the reference price will be 43.89 euros. The price of antigenic tests, meanwhile, will vary from 22.02 euros to 45.11 euros.

“All this disgusts me and I hope that other people will still have the strength to fight in spite of everything, and to say loud and clear what they think about all this”, concludes Marie.

“With me, it will never work”, proclaims Yvan, particularly active on a group claimed as “anti-pass, anti-vaccine and anti-system”.

It is “shameful to ask 45 euros for a PCR test”, reacts to France 24 this Girondin, who works in the field of personal development. “It’s really to encourage people to take the vaccine,” he continues. A vaccine to which he is fiercely opposed, denouncing in turn the “shame pass”, “segregation” within “collaborating” establishments, and a “dictatorship”.

Already very present on the “anti” groups, which flourish mainly on Facebook, the publications aiming to exchange contacts of doctors providing false health passes are multiplying. “This will allow you to go through the compulsory vaccination measures and to be able to go to cinemas, restaurants and any other activity requiring the health pass without having to be vaccinated”.

However, for the most stubborn anti-vaccine and anti-pass, it is out of the question to resort to this kind of practice, whatever the cost of a test. “I am regularly offered ‘fake’ sanitary passes with QR code, which I will refuse again and again”, explains Marie. “Because it would still be participating in the game of our rotten government, and giving even more weight to this dictatorship.”

Moreover, the French administration website specifies that producing or using a false document exposes up to three years’ imprisonment and a fine of 45,000 euros.

What about monitoring the epidemic?

Apart from their specific case, some skeptics wonder about the impact of the end of free tests on the monitoring of the epidemic.

“We will no longer have any view on the evolution of the virus and then we will come and lay a new epidemic”, quips a user.

No longer reimbursed, Covid-19 screening tests may indeed be fewer, and this worries some epidemiologists, such as Dominique Costagliola, director of research at Inserm, cited by LCI. “We are going to disrupt the way we follow the epidemic in terms of number of cases and incidence rate,” she said. “There will be a period, not necessarily very long, in which we will no longer know how to interpret the dynamics of the epidemic.”

An epidemic which, nevertheless, slows down, affirms the president of the scientific council, Jean-François Delfraissy, in an interview with Le Monde. Indeed, if a resumption of viral circulation remains possible, it nevertheless evokes an early slowing down of the fourth wave, which “is partly explained by the very high level of vaccination in France, and by the very high efficiency of the drugs. vaccines, of unexpected magnitude. “

In France, more than 73% of the total population today has a complete vaccination schedule.

The owner of Prešov apologized for the unsatisfactory results of the club: Strong reaction and new reinforcements! – Športky.sk

One thought on “In France, the end of free anti-Covid tests revolts the refractory”