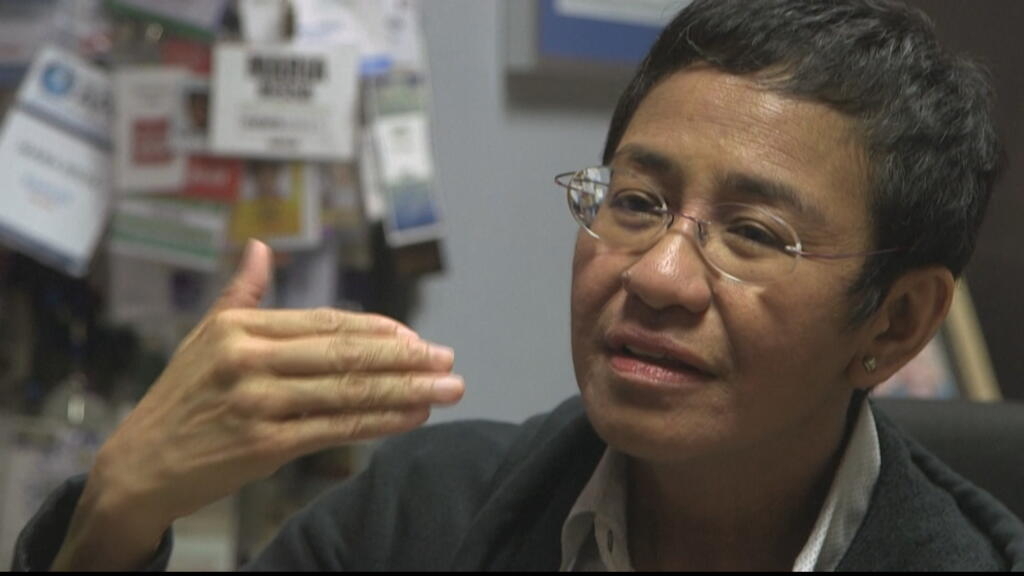 Journalist Maria Ressa, co-winner of the Nobel Peace Prize, gave an interview to France 24. Co-founder of the Rappler news site and critic of the Philippine President, Rodrigo Duterte, this 58-year-old American-Filipino woman believes that the profession of journalist is proving to be more and more dangerous. She insists, in this excerpt, on the importance of being able to counter disinformation. This interview will soon be fully broadcast in French.

The Nobel Peace Prize winner this year crowned the “courageous fight for freedom of expression” of two journalists. The Norwegian committee awarded the prestigious prize on Friday 8 October to the Filipina Maria Ressa and the Russian Dimitri Muratov.

Maria Ressa and Dimitri Muratov “are the representatives of all the journalists who defend this ideal in a world where democracy and freedom of the press are faced with increasingly unfavorable conditions”, declared the president of the Nobel committee, Berit Reiss-Andersen, in Oslo.

After the award was given to the two journalists, UN Secretary General Antonio Guterres called for the defense of press freedom around the world. “As we congratulate the laureates, reaffirm the right to freedom of the press, recognize the fundamental role of journalists and step up efforts at all levels to support free, independent and plural media,” he said. in a press release.

>> To see :The interview in English with Maria Ressa

Benin: 26 works of art soon returned after a special exhibition in Paris

Murder of Mireille Knoll in 2018: two men tried from this Tuesday – LCI