Delphine Jubillar case: “today we are on the threshold of a judicial error” according to Maitre Jean-Bapti – France 3 Régions 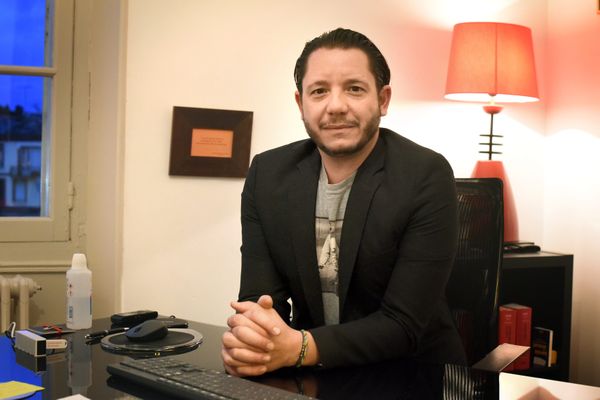 Friday October 15, four months after his indictment, Cédric Jubillar will be heard again by the judges concerning the disappearance of his wife Delphine. The analysis of the water in the washing machine would have given nothing. His lawyer, Maitre Jean-Baptiste Alary points to “the seriousness of the investigation”.

Cédric Jubillar will therefore be heard again, Friday, October 15, 2021, by the investigating judges responsible for investigating the disappearance of his wife Delphine. For several days, the press has presented this meeting as crucial and rich in revelations.
His lawyer, Me Jean-Baptiste Alary, however, does not blame the media. It is the judges and the way in which the investigation is conducted that he attacks, while the analyzes of the water in the siphon of a washing machine, in which a quilt used by Delphine Jubillar has been discovered, would not have given anything.

France 3 Occitanie: How do you apprehend the meeting of Friday vis-a-vis the investigating judges?

Me Jean-Baptiste Alary: Basically, calmly. For four months, the file has not changed one iota, or in any case, not in a direction unfavorable to Cédric Jubillar. He will answer the judges’ questions as he always has. The only thing I deplore is that the magistrates finally deign to consider questioning him four months late.

Me Jean-Baptiste Alary: Because you have to be lucid. We are wasting time. The investigation is not evolving. Normally, after an indictment, when a person remains silent, the second hearing must take place within four months. We did not organize it after a fortnight, a month, but three months and twenty-eight days. That is to say, we push the procedural machine to its limits. And since that’s not enough, we’re going to do an audition in two stages. There will be a first hearing on Friday, then another, a month and a half later. Early December.

France 3 Occitanie: What do you think the judges’ strategy would be?

Me Jean-Baptiste Alary: There is no doubt that during this period of time, the judges will be able to explain to us that he cannot be released, because they have not finished hearing him. Is this serious work? If the investigating judges had worked seriously in this case, Cédric Jubillar would have been heard at the beginning of July. A few days after his indictment. Not in October. If the work had been serious, the quilt would have been analyzed for several months and we would certainly have had the analysis results since January or February.

France 3 Occitanie: Precisely the analyzes of the siphon and the water in the washing machine are now known, no suspicious traces have been revealed …

Me Jean-Baptiste Alary: We are in October, and we are not going to be satisfied and applaud with both hands. These samples were taken 34 hours after the disappearance, ie December 18, 2020. We are not going to congratulate ourselves on results which are still absolutely basic: analyze water, it remains basic eight months later. It’s making fun of the world.

France 3 Occitanie: Are the judges under media pressure in this matter?

Me Jean-Baptiste Alary: If they have a strategy, I advise them to change their communicator. Everyone is a little stunned when we learn that the expertise of the quilt was ordered on July 26, seven months after the disappearance. What are they supposed to be? With an exceptional record on media treatment, we had to have a judicial institution functioning flawlessly. And I wouldn’t have had anything to tell them if in January they had told us “here are the results of the siphon analysis. Here are the quilt analysis results.”

France 3 Occitanie: For you, the two investigating judges are responsible for this situation?

Me Jean-Baptiste Alary: We can hit the prosecutor who in my opinion made a professional error during his press conference on June 18. But we must not forget that this press conference is authorized by two investigating magistrates. These two magistrates for eight months, with all the gendarmes of the Research Section, passed by this famous duvet without looking at it. Worse still, the public prosecutor made it an element to charge while no analysis had been ordered. This is not serious. We maintain the doubt in the population by using the media. Because I tell you. You are instrumentalized, in particular by the accusation, so that public opinion has the worst feelings about Cédric Jubilar.

France 3 Occitanie: And make him the ideal culprit?

Me Jean-Baptiste Alary: The violation of the secrecy of the instruction, from the beginning, and all the elements released are against Cédric Jubillar. All. There is not one in defense. Is this a fair legal strategy? Who is healthy? Is it a fair functioning of the institution? Obviously, it is no. There have already been miscarriages of justice that have destroyed lives. Today, if Cédric Jubillar comes out innocent of all this, what is his life behind? The institution is absolutely freezing cold and inhuman because it does not interest it. And we throw, to the popular pasture without even an element of proof, without anything very serious, the life of a man and his children. And whenever justice has worked that way, it is the antechamber of all miscarriage of justice. And in this case, there is an initial conviction which is that of the guilt of Cédric Jubillar. Either someone shows me that he is responsible. Either he is innocent, as he has said from the start. So in this case, we are today on the threshold of a miscarriage of justice.

France 3 Occitanie: How is your client, Cédric Jubillar?

Me Jean-Baptiste Alary: He is serene. Does this sound offhand? He may be having trouble realizing the situation. But he says “I am not afraid“. And he says : “analyze me the duvet, whatever you want“. He is serene. At some point, we will have to draw conclusions and conclusions from this serenity. After that, he is still in solitary confinement, locked up for 22 hours in his cell of a few square meters. four months that he has not seen the naked sky, without a fence. He has no other contact except with his lawyers and the prison administration. All in a prison pinned down, a few weeks ago, in particular by the General Controller of places of deprivation of liberty and by the Administrative Court of Toulouse for her inhuman conditions of detention.

France 3 Occitanie: Do you hope it can be released by the end of the year?

Me Jean-Baptiste Alary: Of course yes ! But I hope that at some point, if the case does not evolve, if there is no particular turnaround, that the judges take their responsibilities. It is not only in the interest of Cédric Jubillar. It is in our collective interest. You cannot afford in a democracy, worthy of the name, to incarcerate someone without proof, in this way and in an indefinite way. It would be dangerous for all of us. This is why I have hope.

Delphine Jubillar has been missing since the night of December 15 to 16, 2020. Since then, searches to find her have yielded nothing. His home in Cagnac-les-Mines, in the Tarn, was searched several times by the gendarmes. At the time of her disappearance, the nurse was in the process of separating from her husband. Cédric Jubillar was indicted for “intentional homicide by spouse” and placed in pre-trial detention in June 2021.

One thought on “Delphine Jubillar case: “today we are on the threshold of a judicial error” according to Maitre Jean-Bapti – France 3 Régions”