The government has approved a draft budget for next year. There is still 700 million euros hanging in the air – PRAVDA.sk 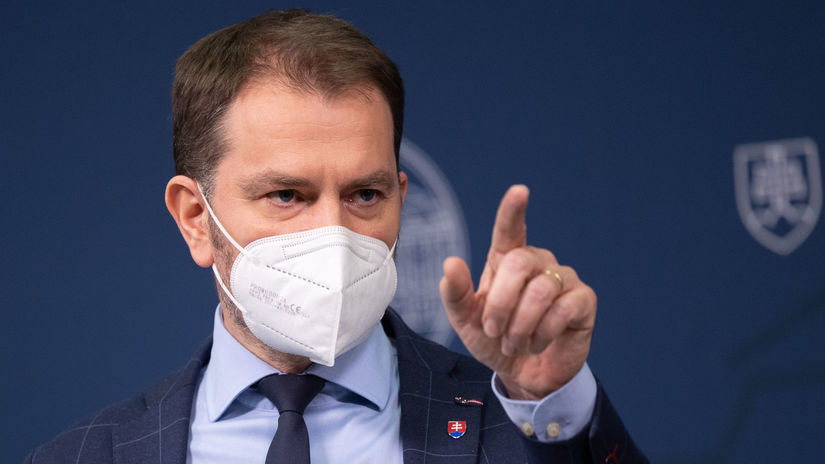 Total government revenues are expected to reach € 44.2 billion next year and expenditures € 49.4 billion.

On Thursday, the government approved the draft state budget for next year and the public administration budget for the next three years with a comment. According to the proposal submitted by the Ministry of Finance, Slovakia should run a deficit of 4.94% of gross domestic product (GDP) next year. The expected deficit this year is less than 8% of GDP.

The change in the original proposal should only be the addition of a resolution in relation to the exercise of shareholder rights of state representatives in the area of ​​dividends. 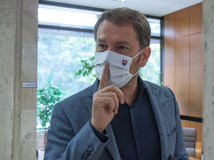 Read more The feast was over and Matovič showed his first budget. Who missed the most?

In the coming years, the general government deficit should fall below 3%. In 2023, it should be 2.7% of GDP. For 2024, the current legislation requires a balanced budget at the expected level of public debt. This would require the adoption of consolidation measures at the level of almost 4 billion euros, points out in the proposal the Ministry of Finance.

The multi-annual public administration budget envisages that the gross debt of the Slovak Republic should culminate in 2021 and 2022 at the level of 61.5% of GDP. Subsequently, by 2024, it should fall below 59% of GDP.

The Minister of Finance Igor Matovič (OĽANO) repeatedly pointed out that the final form of the budget for 2022 is conditioned by the approval of several important laws, namely on pension reform, expenditure ceilings and the debt brake.

If the coalition does not agree on them and they are not approved by the parliament, the budget deficit will not be 4.94%, but only 4.3% of GDP. The difference is around € 700 million. The coalition now has several weeks to negotiate, and parliament will discuss the budget for next year at the turn of November and December.

Matovič stated that the three reforms will have to be voted on before the budget itself. “Just wanting to give away without any responsibility, without the reforms we have promised people, would be really out of place. I will not allow it as Minister of Finance, “he emphasized.

Sulík: We will not allow taxes to be increased

Economy Minister Richard Sulík continues to insist on the adoption of the tax brake. Otherwise, his party in parliament will not support the approval of an amendment to the constitutional law on the debt brake. “We have some principled attitudes and we have two red lines. Quotas for migrants and no higher taxes. So I will not agree to any reforms that will increase taxes. We will not even agree to relax the rules of the debt brake, without fixing that the taxes will remain where they are, “said Sulík before the government meeting on Thursday.

According to him, the issue of enforcing the tax brake is not so much about distrust of Igor Matovič as about distrust of future governments. “I experienced as a newly accused Peter Kažimír, when he was still the Minister of Finance, that he was a world champion in raising taxes. I admired his creativity, which he was able to think of where he would squeeze people everywhere. And I will not admit this a second time. This means that we will release the debt brake only at the cost of fixing the amount of taxes, “Sulík emphasized.

Manchester United: the strong words of Cristiano Ronaldo after the slap, support for Solskjaer? – Eleven World

VIDEO Naples lost the first points of the season: Jose Mourinho drew attention to himself again in the hit – Športky.sk

One thought on “The government has approved a draft budget for next year. There is still 700 million euros hanging in the air – PRAVDA.sk”