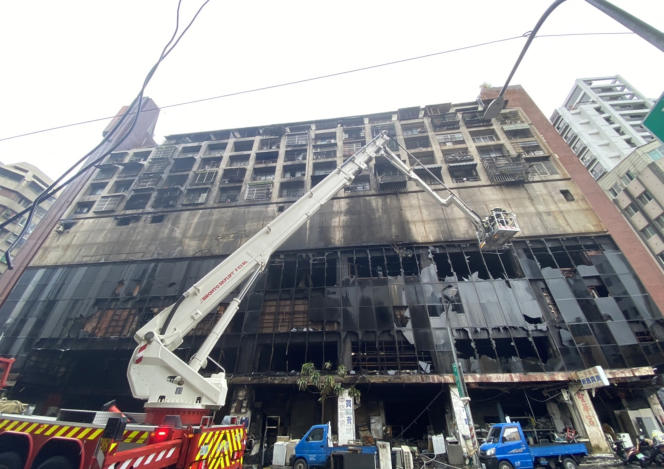 A fire that ravaged a building in the city of Kaohsiung, in southern Taiwan overnight, killed 46 people and injured 41 others, according to an official report Thursday, October 14.

The fire started in a thirteen-story mixed-use building in the wee hours of the day, authorities said, and ravaged several floors before firefighters managed to bring it under control.

According to Mr. Liu, a police officer from Kaohsiung, the building was 40 years old and was mostly occupied by low-income residents. A hundred people lived in the building according to the same source. Most of the victims were between the seventh and eleventh floors, which housed residential apartments, according to firefighters. The first five floors, intended for commercial use, were unoccupied.

Forensic investigators were on site and authorities have yet to rule out the possibility of arson, he added.

Frequently hit by earthquakes and typhoons, Taiwan has strict building codes, but there is often a gap between these safety standards and the way they are enforced. Old buildings are also often more likely to present a risk.

Some of the heaviest tolls in recent earthquakes have come from the collapse of old buildings, which were not designed up to standard.